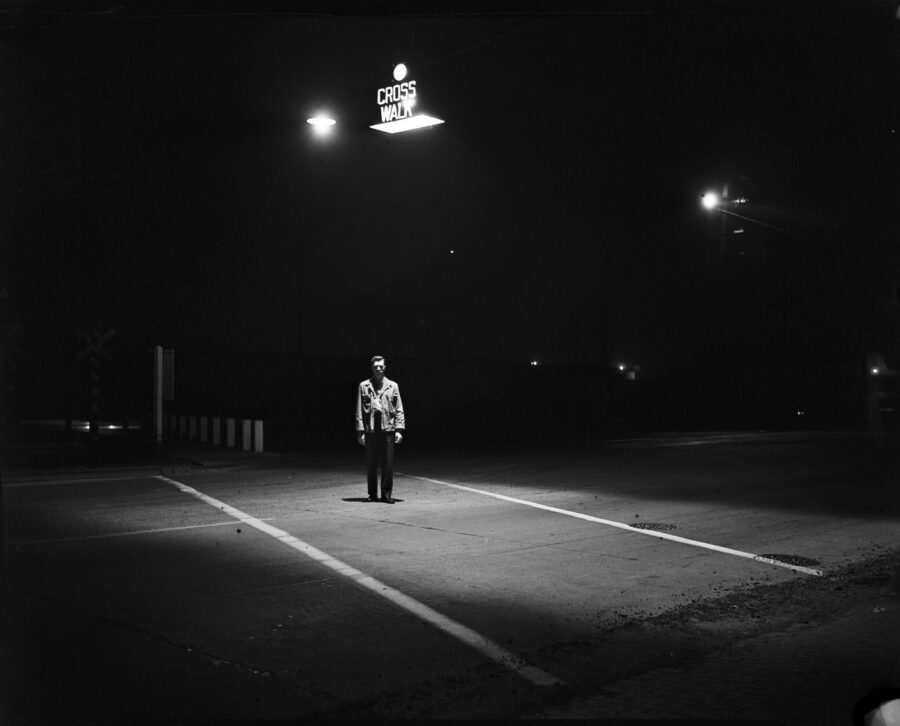 I’m a man who is very careful about a lot of things in my life. I look both ways when I cross the street. I constantly make sure I’m in no one’s personal bubble when sitting next to them. I always do my best to be mindful of my surrounding environment. That’s just the type of guy I am. Reserved. Cautious. But when it comes to dating, all of my cautiousness flies out the window and smacks a nearby pedestrian over their head the minute I notice a hot guy enter a room. Even more so when they start messaging me directly and trying to catch my attention. The only problem with thinking with my “head”, instead of my head is you’re not thinking rationally. Which is exactly what happened with one of my worst dating experiences that could have ended with me in a ditch late at night. How delightful!

About five years ago, I became really active on dating sites to try and meet other gay men in my area. I was at the ripe age of twenty-five, hadn’t met any other “friends of Dorothy” that I was interested in and was feeling frustrated. At this point, I’d felt starved over wanting a connection with another man, both mentally and physically. Especially physically. So I made a dating profile and started messaging any and all locals who had a pulse and were still breathing (as far as I can tell). I know, I know, my standards were pretty high back then, but I was desperate!

After a few days of radio silence, I finally got a reply from a guy who looked like an absolute dream! You know when you see someone that’s so damn good looking you almost think they’re a model? Well that’s exactly what this guy’s profile looked like. Let’s just call him “Mr. Casanova” for the sake of keeping tabs (and for the irony of it all). I was a little stunned at first, mostly because I was in shock over a guy like him messaging someone like me. Don’t get me wrong, I’m more comfortable in my own skin nowadays. But back then, even just a guy wanting to talk to me, much less go out with me, shook me to my core. Especially when his biceps had biceps and you could see that one wrong move could shred their shirt to bits.

After talking for a bit he decided we should meet up that same day! I was thrilled and instantly started primping myself for a night out on the town. That’s when things started to go south and the red flags were starting to pop up.

After messaging him that I was ready to go, Mr. Casanova says he’s busy and won’t be able to meet for another hour or two because of errands (red flag number 1,) I tell him it’s fine, I don’t mind waiting for him to finish his errands. Then he tells me I have to pick him up because he doesn’t feel like driving (red flag number 2.) Hours go by and finally he messages me back with two simple words: “Car play?”

Obviously, at this point, dinner and drinks were out of the question.

With all these red flags popping up, canceling the meet-up would be the most logical choice to make. But like I mentioned before, I needed another man on me in the worst way. And out of desperation, not knowing when another chance like this would come up, I was still all in. I pulled out my phone and texted him those three magical words: “On my way”.

As soon as my soon-to-be model beefcake texted his address, I jumped into my car and zipped on over. My body was shaking so bad the entire car ride that I thought I’d convulse and keel over before I’d even get there! Every bone in my body was telling me this was a bad idea. But I kept trying to fight the fear and tell myself there would be a huge, burly, oh-so-handsome payoff at the end of it all.

After a few minutes, I end up parking outside of a dimly lit apartment complex. I text Mr. Casanova I’ve arrived. A figure starts to loom out of the shadows and walk over to my car. I figure that must be him and get all kinds of giddy! It isn’t until I see him step into the light of the streetlamp where I start to notice a different man walking towards me. This wasn’t the same hunk of a man I’d had pictured in my head. Instead, a scrawny, pale-skinned boy with striking orange hair and suitcases in hand goes over to my car and opens the passenger door to my car. Flabbergasted, I manage to stutter out:

I knew I should have stayed home.

He proceeds to start putting his luggage in my car, while I’m still trying to process what’s happening. I’m still reeling in shock, mouth agape, as this random stranger begins making himself comfortable and putting his belongings in my car. He must have noticed me staring and says, “Oh, these? I’m going on a trip and won’t be back for a while. Don’t worry, you won’t be stuck with me for long!”

It was at that instance I knew what being frozen in fear felt like. My body stopped shaking, but no matter how much I tried, I couldn’t move a muscle. The slim imposter rises up from the passenger seat and mentioned he had other bags left at his place to pick up. I wanted to scream, to berate this carrot-colored twig of a man for grossly over-exaggerating his appearance. He lied to me and still acted as if everything was fine. Now keep in mind, I’m a very open-minded person when it comes to liking men. I like all the different shapes and sizes of people if the chemistry’s right. But sending false photos of yourself, pretending to be someone you’re not and not even acknowledging the situation to the person you’ve been lying to? Never have I wanted whatever omnipotent forces that exist in the cosmos to strike this man down as I badly as that night. As he was leaving my car to grab his other things, he turned around, gave me a toothy grin that sent shivers down my spine, and proceeded to disappear into the night.

With him gone, I was able to muster up the courage to text one of my best friends and send them my address. I texted them how scared I was and how badly I needed to get out of the situation. All that kept running through my head was what if he came back with a weapon, or somehow overpowered me? Or what if I was acting paranoid and should just relax. I could go with the flow and see where this night takes me. All I knew was I had to make a decision, and fast! Mr. Fauxonova was creeping back out from the shadows and towards my car, with another set of suitcases in each hand. He loads his extra luggage into the car and makes himself comfortable before explaining his house is being “fumigated”, which is why he has all his belongings with him….

Except he had already mentioned that he was going on a trip. So what is the truth, Mr. Pathological Liar? Inquiring minds want to know!

He eventually points to a dark, abandoned alley a few houses down and demands me to park there. Totally not suspicious at all. As I start driving forward, I finally reached my breaking point. If something was going to happen to me tonight, I wasn’t going to go down without a fight. I’m confronting this man with what little courage I can muster inside me. I jerk the car to a full stop and tell him, “No”.

Never has that word felt so reassuring to me as it did that night.

I tell him he needs to take his shit out of my car and leave. I refuse to go through with whatever plans he may have lined up for the night. My body starts to tense up, as I expect him to start swinging or pull something harmful from his pocket. Instead, he looks rather crestfallen and says, “Ok.” before getting out of my car with his items. The second him and his belongings are out of my space, I pull a U-turn as fast as I can and blitz home to safety. The shaking of my body comes back at full force, only this time I’m shaking from a different feeling: relief.

Who knows what could have happened that night if I had done what the mysterious stranger asked of me. Maybe things would have ended disastrously for me. Or maybe we would have had a grand, gay ole time together. All I know is after that night, I make sure to verify the person’s identity before going out to meet them in person. Don’t need another Mr. Casanova messaging me for a night out. Unless you’re the real deal, in which case, call me!