Did you really think a $5 dress would look good? 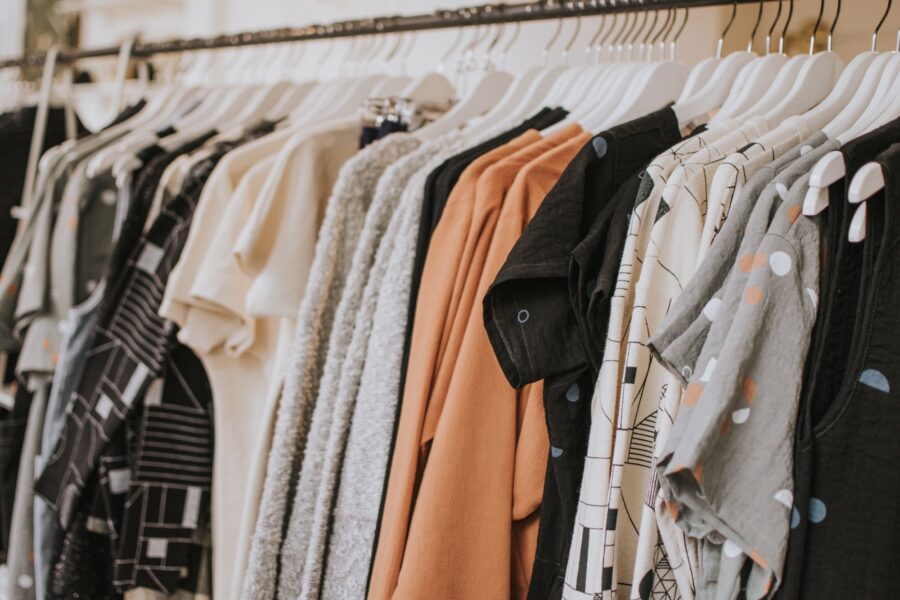 You know the online shopping horror stories: someone buys an elegant black dress that makes the model in the photo look like a goddess walking the red carpet. They get the dress in person, and for some reason or another, it just looks sad. Maybe the color is completely off, maybe it’s way too baggy or too small, heck, it might not even be the actual product they ordered — either way, it looks like it was made by someone who has a vague idea of what clothes look like, but in reality has never seen them in person.

A certain type of Youtube video has been on the rise among fashion influencers. The title is usually in all caps and makes it seem like they got a literal piece of crap in the mail from a shopping app called Wish—a title kind of like “I BOUGHT THESE PANTS FROM WISH!!! EW!”

Wish has become an increasingly popular app, considering videos and advertisements about it inundate social media. It’s a mobile shopping app that lets manufacturers sell directly to consumers, meaning the prices are lower because you’re skipping the retailer. In some cases, those prices can get unbelievably low.

In 2018, Forbes reported that it was the most downloaded app of the year. It’s been a trending topic for Youtubers especially, those who like to crap on the clothing they try out, but still, you know, give them money. Some of the prices are too ridiculously good to be true, like the $39 wedding dress Youtuber Safiya Nygaard found. And to no one’s surprise, that dress ended up looking like a white soggy cardboard tube with tulle stapled on it.

Wish shouldn’t be trusted in terms of clothing, especially if the beautiful formal dress decorated with lace you really wanted is only $20. That’s clearly suspicious…right?

The problem is that this doesn’t just apply to Wish; there’s plenty of other stores that will skimp on the quality of their products just to make a quick buck. The clothes are cute! It’s just too bad that they fall apart after one measly wash or come in looking baggier than a potato sack. I’m talking about stores that are constantly touted online through advertisements and influencers — stores like Romwe, Shein, Zaful, etc.

Because of the cheap prices and seemingly trendy clothes, these stores have built up quite a reputation. Shein’s Instagram account boasts almost 8 million followers, while Romwe hits close to 2 million. On their Instagram feeds, you can find countless images of curvy influencers posing in the store’s clothes in an effort to say, “Look! Your favorite Instagram model is wearing us, so that means we should be good, right?”

Well, that’s just public relations for you — the truth is, you’re not going to know the quality until you see it, so you’ll just have to put your trust in that influencer you follow. In another video by Safiya Nygaard, she put that trust in the store to the test when she bought a week’s worth of clothing generally worth $5 from Romwe.

Some of the items were hits in terms of quality, some of them were misses — but if I’ll be honest, when it comes to clothes, I’d like to trust that the majority of mine will be hits. And that’s just the thing; it’s hard to expect constant hits when your clothes are that suspiciously cheap.

I’ve fallen trap to these costs before. When I bought clothing directly from a Chinese manufacturer’s online store, I was ecstatic. I spent over $100 on adorable sweaters, jackets, blouses and even got a free skirt out of my purchase. The prices were low, like $10 for what should be a thick sweater low, but I was 18 and just got my first paycheck, so I didn’t think much of it. It took over a month to get to my house, sure, but hey, cute clothes were coming!

When I got the actual clothes, though, it was more than disappointing. The pink sweater with an embroidered husky I was the most excited about was small — so small it didn’t even come close to my wrists, even though it was supposedly a large. The embroidery looked vaguely like a husky with its loose threads. The sweater in the display photo looked like a crew-neck in a soft material; what I got was essentially a stiff bag with holes for arms and a head, and with it on, I ended up just looking like I had the shoulder pads of a linebacker. So again, it looked like it was made by someone with a very vague idea of what clothing looks like.

I soon realized after this upsetting purchase, of course, the prices were too good to be true. Of course, they skimped on actual quality to make this $7.99 sweater. In America’s consumerist culture, it’s buy, buy, buy whatever looks the best for the cheapest. That’s why fast fashion stores like the ones I’ve mentioned are so popular; I can get this trendy skirt for only $10? What a steal!

In the long run, though, this culture of constantly buying cheap clothing isn’t going to work. Your clothes will fall apart in a matter of months or it’s just unflattering, then you’ll have to go back to SHEIN to find something else to replace it, and then that will fall apart, so you look to Romwe, and the cycle will go on and on forever. It’s time consumers stop buying clothes in a click just because it’s cheap, and it’s time people start investing more money in things that will actually last and actually look good.

Otherwise, we’re just all going to eventually devolve to look like potato sacks, and that will be the next trend online clothing stores jump on.