Some music -old and new- to listen to while in lockdown 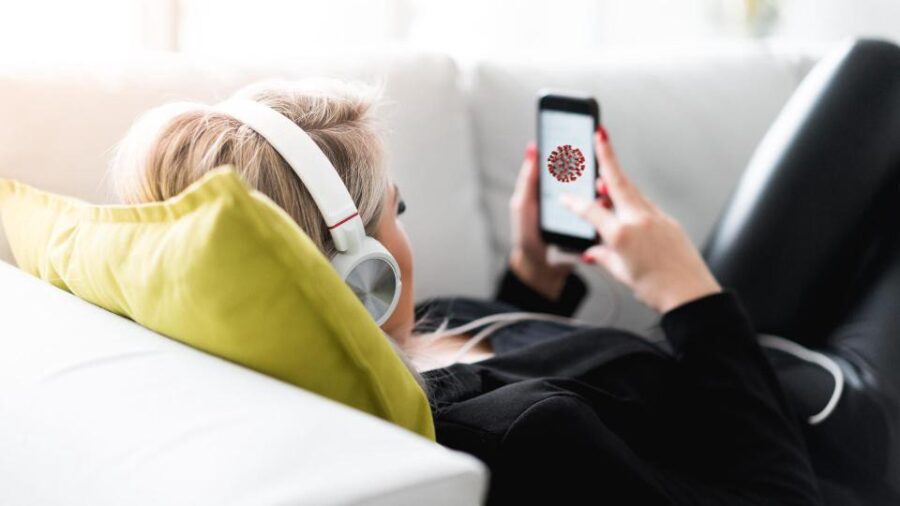 Social distancing sucks. All you can do is sit in your room, go to Zoom class meetings, do homework, and binge some movies and TV shows. But as you waste away in the comfort of your own home, you can always vibe to some music to make your situation feel a little less bleak. Here are some songs and albums you can listen to while you wait for the lockdown to pass by.

“The Lazy Song” by Bruno Mars

Ah yes. The classic stay at home song. You can never go wrong with this bop from Grammy-winning pop star Bruno Mars. Released in 2011, “The Lazy Song” is one of those songs from the early 2010s that people still remember but haven’t listened to in years. It embodies what a typical weekend would look like for the average college student: lounging on the couch, chilling in a Snuggie, and messing around and getting a degree. Well, maybe not the line about having sex, but everything else sounds about right.

“After Hours” by The Weeknd

If you’re down and missing your friends, loved ones, or even ex-partners while in lockdown, then the album “After Hours” by The Weeknd is a great choice. Already considered to be one of the best albums of the year so far, the record is a combination of modern R&B and ’80s synth that compliments Abel’s emotional vocals. With the album currently sitting at the number one spot on the Billboard 200 for the second week in a row, “After Hours” looks to continue its chart dominance for weeks to come. Just be prepared to resist the urge to send that risky “I miss you” text.

With some recent drama surrounding R&B star Usher and producer Diplo about whether they copied The Weeknd’s musical style for their song “Climax,” Usher decided to kick off the hashtag #climaxchallenge. The social media challenge features participants doing a falsetto cover of the hook, just like Usher did in his 2012 single. It’s always fun to bring back some of the old and mix it in with the new every once in a while. Not to mention that the lyrics, “Going nowhere fast,” also tie into the whole quarantine situation pretty well due to how stuck we all feel.

Sitting on your ass all day is definitely not good; it’s important to get some exercise in to make sure you are staying healthy during this time of crisis. A perfect way to get up and get moving is to work out to Dua Lipa’s new album, “Future Nostalgia.” The pop artist brings hit after hit on her latest project, which debuted at number four on the Billboard 200, and doesn’t seem to be dropping in position any time soon. “Don’t Start Now,” one of the album’s biggest singles, has stayed at the top of pop charts ever since its release in late March, and lead to numerous remixes. Not only that, it is also popular on TikTok as well. And speaking of TikTok:

Another challenge song to make this list, hip hop superstar Drake decided to give an anthem to one of the world’s new favorite pastimes: making TikToks. As a collaboration with Atlanta dance choreographer Toosie, the “Toosie Slide” is an easy dance that anyone can learn; Drizzy even provides clear dance instructions in the track. “Toosie Slide” is already gaining traction around the internet, so don’t feel like it’s too late to hop on the trend and have some fun with it. Feel free to get other people in your home involved too. It’s so easy even a dad can do it.

“It Is What It Is” by Thundercat

Now, if you wanna get a little funky with a side of ridiculousness, Thundercat’s “It Is What It Is” might be exactly what you’re looking for. The vocal abilities and bass-playing prowess of Thundercat is in full force here, with moods bouncing all around on the album. One minute it’s laid-back, soft, and lethargic. Then the next minute it’s a rapid-paced plucking of strings that resemble a frantic search for your car keys because you are late to work. And then back to the slow stuff for a while until the cycle repeats itself once more. Mix that in with comedy and you’ve got yourself a standout album. “It Is What It Is” might be one of the most unique, if not weirdest, projects to release this year. And that’s totally okay.

“I Wanna Dance With Somebody” by Whitney Houston

What more is there to say? At this point, we all want to do dance with somebody. Even if you have two left feet, you gotta admit that any kind of social interaction sounds good right now. Especially if Whitney is playing.