Blue Lives Are Not Real

The police get away with too much, and the people are sick of it. 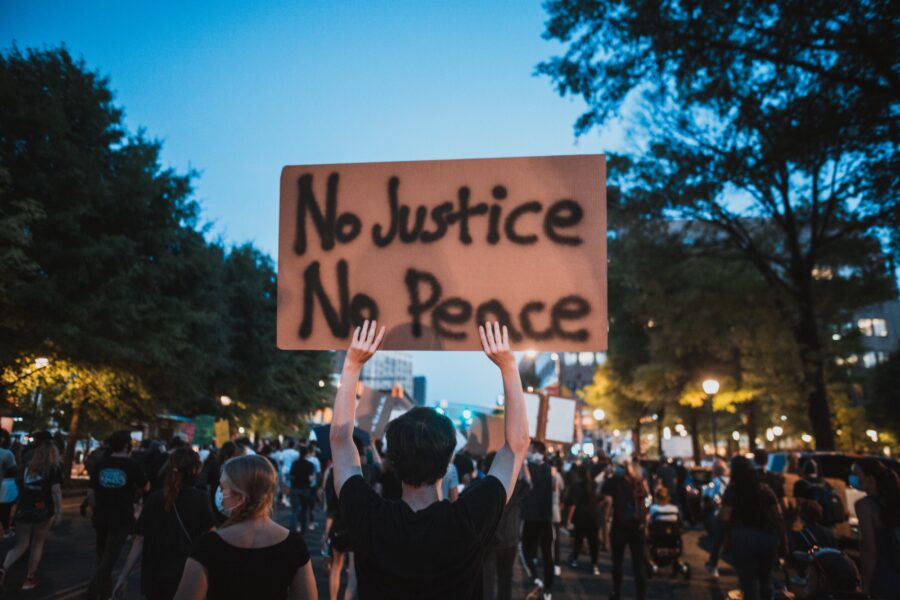 It’s a constant sight; a police officer using excessive force on a suspect. The police say that the suspect was resisting, but the video evidence shows otherwise. This is a pattern that is seen over and over again on the news. Usually nothing ever happens to the officer, maybe just a slap on the wrist, but no serious consequences.

Now imagine if the script was flipped. Imagine a police officer being pinned down by a suspect because the suspect claims that the officer was using excessive force on him. What do you think would happen to the suspect? California Penal Code Section 241 © states that any form of assault on a peace officer is punishable by up to a $2,000 fine, or one year in county jail. This is the problem with the current state of policing in America. They simply get away with too much.

Take a look at the tragedy that occurred in Minneapolis MN on May 25, 2020. George Floyd was accused of making a transaction with fake money. This led to the police detaining him, and then arresting him. The problem with the arrest was that an officer, Derek Chauvin, kept his knee on the back of Floyds neck for nearly nine minutes while Floyd was on the ground. This caused Floyd’s airway to become blocked and ultimately led to his death.

The initial report from the Minneapolis Police Department was that Floyd suffered a medical emergency. They placed no blame on the officers at all. This was quickly disproven by the video evidence that was uploaded to social media from several bystanders. The George Floyd tragedy has sparked a massive response to the ongoing use of excessive force and racial injustice from police departments all across the nation. There have been hundreds of protests in the past several weeks simply because the people are sick and tired of the mistreatment from police.

8 Minutes and 46 Seconds: How George Floyd Was Killed in Police Custody
The Times has reconstructed the death of George Floyd on May 25. Security footage, witness videos and official…www.nytimes.com

In fact, thanks to these protests and video submissions from bystanders, Derek Cauvin, and the three other police officers who assisted him in killing George Floyd have now been arrested. Derek Chauvin is facing 2nd degree murder charges. If there was no video evidence, or a public outcry, he may be walking free today, still employed as a police officer.

There have been numerous videos where the police have become violent with the protestors and sometimes even the media. What is portrayed in these videos is clearly assault. The peaceful protesters are beaten with batons, shot at with rubber bullets, and maced all for simply expressing their frustration with the police.

Times reporter recounts being hit with rubber bullets by Minnesota police
When Minnesota police advanced on peaceful protesters gathered at an intersection outside the Fifth Precinct late…www.latimes.com

There are rarely ever any consequences for the actions of the police for these violent acts. The police seem to be held to a different standard than the average citizen. In fact, police officers created the Blue Lives moment which puts all peace officers into a separate category from all other lives. This movement categorized peace officers in a category that makes them superior to all others.

This paints the narrative that police officers are above the law. If you wear a police uniform, you can assault peaceful protestors without being punished for your actions. This is a false narrative that needs to end now.

It is time to do away with the term Blue Lives Matter, and The Thin Blue Line, because at the end of the day everyone is human, and everyone needs to be held to the same standards. Wearing a uniform for a job that one signed up for should not put you above the law. If a police officer assaults a innocent protestor, they need to be charged as a normal citizen. Police unions must stop protecting these officers, because they know they are protected, and will continue to abuse their powers.

This is the reason why many Americans do not trust the police. Many of them now in fact want to defund the police because there is no trust in them. The city of Minneapolis is the first to take action in defunding the police organization for the city thanks to voices of the protestors. Their voices were heard and actions are being taken.