Plastic Waste is Killing Our Oceans

We must make changes now 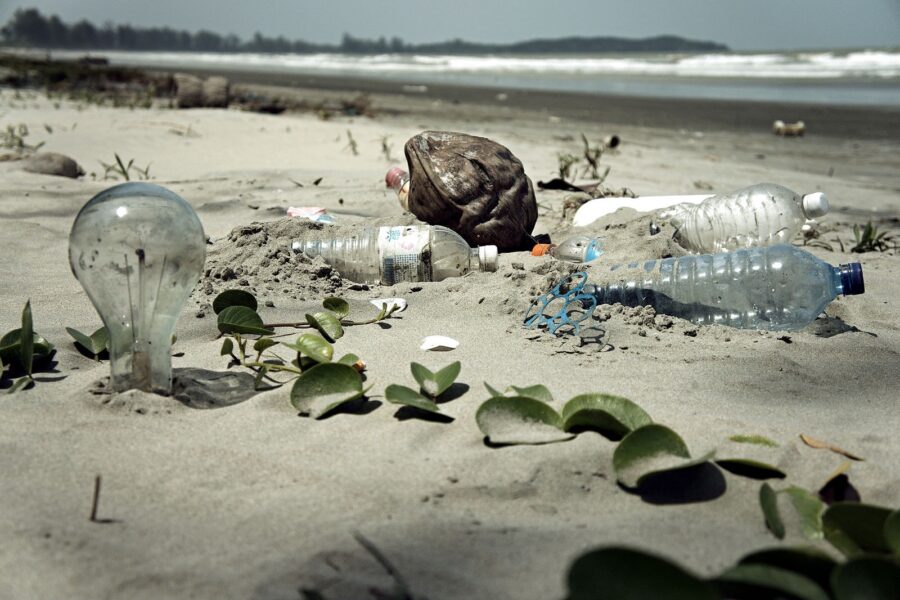 There are many events that threaten our survival on Earth. These events range from climate change, deforestation of the Amazon rainforest and pollution. Pollution can come in different forms such as landfill, electronic waste, nuclear waste and air pollution. Most concerning is plastic pollution that is polluting our oceans worldwide.

Earth’s surface consists of 71 percent water and 29 percent of land mass. With so much water, one may think that there are vast amounts of resources and endless opportunities for humans to exploit and enjoy. Indeed, we humans have taken advantage of what the ocean has to offer. The Food and Agriculture Organization of the United reported that in 2018 alone, global fish production was approximately 179 million tons. This number represents fish caught in the wild, not from aquaculture which are farmed fish.

The problem of overfishing seems minute compared to the longer lasting effects of plastic pollution in our ocean’s. According to Plastic Oceans International, a California non-profit organization, there are approximately 8 million tons of plastic that ends up in the ocean each year. The largest accumulation of plastic is known as The Pacific Garbage Patch. The Ocean Cleanup, which is an organization dedicated to cleaning up the Pacific Garbage Patch, reported that the size of the plastic pollution is approximately twice the size of Texas and is located in between California and Hawaii. It is estimated there are approximately between 1.1 to 3.6 trillion pieces of plastic in the garbage patch.

The issue with plastics is the amount of time it takes for them to decompose. The World Wildlife Fund, an Australian based non-profit organization, estimates between 20 to 500 years or more for most plastics to decompose. The time frame depends on the type of plastic, like straws, water bottles, plastic bags and disposable diapers. According to Smithsonian’s Ocean Find Your Blue, when the plastics start to break down due to UV rays or the ocean’s environment, they end up breaking into smaller pieces called microplastics. These microplastics make plastics deadly to the ocean’s environment and the wild life that ends up eating them.

Microplastic are just one of the many tiny plastics that breaks down into smaller pieces. There are also microfibers (small fibers from our clothes made from polyester, nylon, spandex and acrylic) and microbeads (tiny plastic beads called polyethylene that can be found in cleansers and toothpastes). When these tiny plastic pieces float and pollute the surface and bottom of our oceans, it is inevitable they will end up killing and harming wildlife.

With overfishing and plastic pollution adding stress to the stability and life in our oceans, it is imperative we take this matter seriously. Plastics are not only confined to our ocean’s water. They are also polluting our rivers, lakes and streams. With so much of our precious water resources being polluted by plastics, there are efforts in reducing and cleaning up our plastic problem.

These efforts range from banning single use plastic bags, increased effort in recycling programs, education and supporting organizations like the Ocean Cleanup or plastic-pollution.org whose mission is to reduce plastic pollution through clean up. Until the time comes when technological advances allow us to completely abandon the use of plastic, there are other ways we can limit our use of plastic.

Using tote-bags rather than single use plastic bags, reusable water bottles and bamboo straws are some ways we can alleviate the plastic problems in our oceans, lakes, streams and rivers.

Plastic Pollution’s website reported that Doug Woodring from Project Kaisei stated last September that they intend to use some of the newest plastic technologies to detoxify and turn the plastic waste caught in the oceans either into fuel or another useable material. The site states, “Project Kaisei hopes to assign value to that plastic collected, particularly the overwhelming majority that is never recycled.”

“It’s controllable,” Woodring said. “We have to let people know that enough is enough, but it’s not just a negative story about toxicity and wrecking our oceans. There is a huge amount of opportunity for innovation.”