The Planets are in Retrograde Again, Whatever That Means.

What is a retrograde and how does it affect you? 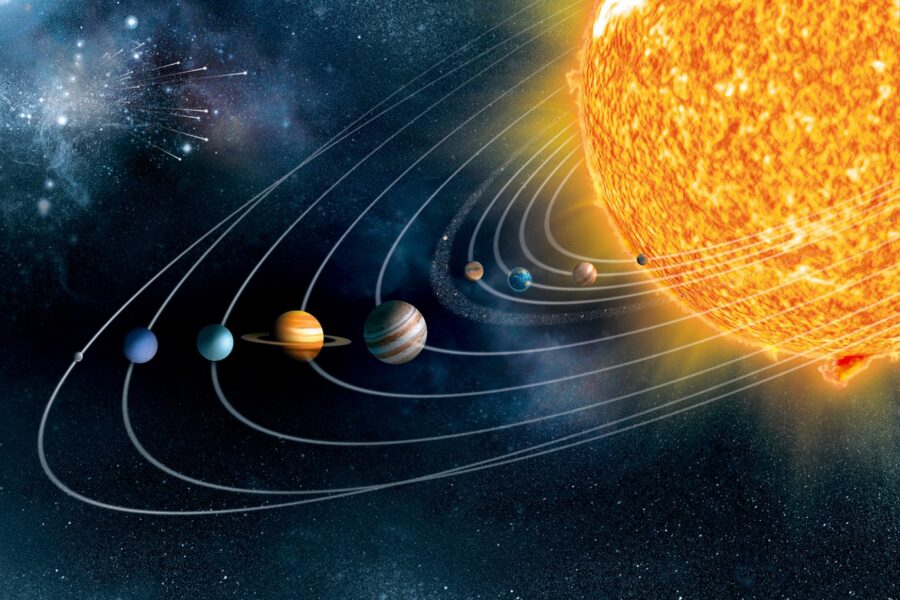 For years, as astrology and spirituality have made their way into the mainstream, we’ve seen the ominous warnings about planets being in retrograde.

But what does retrograde even mean?

Astronomically, a retrograde happens when Earth is passing or being passed by other planets at a high velocity. This gives the illusion that Earth or another planet is moving backward. But of course, planets always revolve around the sun in the same direction. This illusion of retrograde motion appears because of the difference in speed. As one planet moves past another, it feels as if the other planet is moving backward. On average we experience at least one planet in retrograde 80 percent of the time.

Astrologically, when a planet is in retrograde or “moving backward” it is recognized as a rare occurrence. Most of the time planets move forward or parallel to the ecliptic, which is considered the “main highway”. Astrologers call this movement direct; direct is normal. Because of the opposition of the direct motion, retrogrades are considered to represent exceptions or challenges to the normal. Retrogrades even cause planets to depart from the main highway altogether, so they can also be considered as a time of exploration or seeking.

Each planet has a different retrograde loop pattern. Venus, Mercury and Mars move closer to the Earth than the sun and have a greater distance from the ecliptic than the other planets during their retrogrades. Thus they are interpreted as the most personal and challenging retrogrades. Jupiter and Saturn go retrograde more frequently and are less extreme.

But how does that affect anyone?

Right now we are experiencing both a Mars and Mercury retrograde.

Mars returned directly on Friday, November 13 and up until then, people may be experiencing major challenges in energy and drive. Petty fights, lowered sex drives, and a discouraging lack of ambition can be prominent during this time. This retrograde happens to be in Aries, one of the signs ruled by Mars, therefore it can seem especially amplified. Expect fiery, masculine energy. Feelings of aggression and a need for movement or action may come up. Try to lean more into your feminine side and practice self care to relieve any frustration.

Mercury’s retrograde is almost done, ending on Wednesday, November 3. Mercury rules all forms of communication as well as travel and distribution. Within the past couple weeks or even currently, you may have been experiencing many miscommunications or interruptions related to transit. This retrograde is in Libra, a sign of diplomacy, fairness, and sociability. This may help combat any petty bickering coming up during this time. However, the retrograde may highlight Libra’s weaknesses which include indecisiveness and self pity. Try to remain flexible, patient, and understanding, allow extra time for travel, and avoid signing onto any new contracts that you’re unsure of.

Remember that retrogrades may seem scary, but only highlight a time period where more care needs to be taken. If something feels off or you’re experiencing a series of unfortunate events, perhaps do a quick search to see if any planets are in retrograde.