I don't know who needs to hear this, but "You're pretty for a black girl" is not a compliment 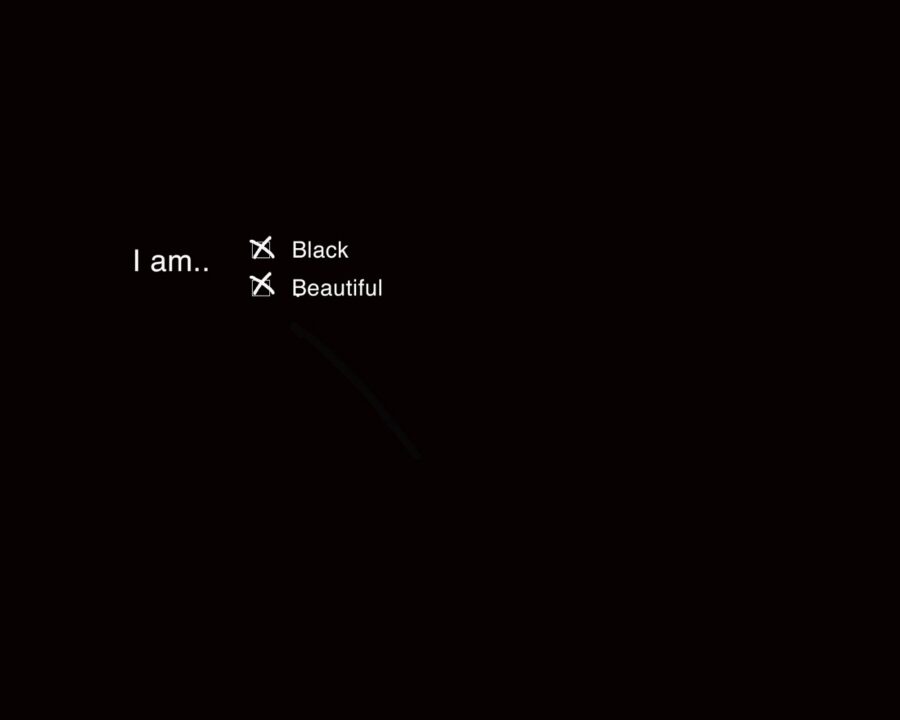 It’s 8:33 p.m. and I have a paper due by 11:59 p.m that’s worth a large portion of my grade that I need to sit down and write but I just can’t do it. With all due respect to my professor, the last thing I want to write about right now is how the moon orbits the earth. I’m mad, I’m hurt, I’m depressed. My entire being is sucked into the world of Twitter, Instagram, and KTLA 5 News.

I want to turn off the TV and put away my phone but the sheer chaos, the images of police cars burning, the hashtags, the fake sympathy from influencers who have said the “n” word and don’t want to be canceled, the genuine sympathy from other influencers who actually get it, the rubber bullets, the worry about the spread of COVID 19, the loud ass curfew notifications have overtaken my brain. I’m a brown woman in America, the cops could raid my house tomorrow and kill me for absolutely no reason so excuse me if I don’t give a fuck about the azimuth of the moon at this current moment.

My failing astronomy grade isn’t what this is about, though. This is barely even about the protests and riots that have been happening for months now. This is about a video of a small girl crying. A very young African American girl sits on a hairdresser’s legs as she gets her hair done. “I so ugly,” the girl says. The hairdresser stops what she is doing. “Don’t say that!” the hairdresser tells her. “You are so pretty, when you look at yourself you are supposed to say ‘I am so pretty!’ Do you hear me?! You have the prettiest little dimples!” The girl breaks into tears. The hairdresser continues to convince her of her beauty as the girl continues to cry, and the video ends.

I thought I had experienced a real heartbreak when the guy I liked told me he didn’t feel the same way, but nothing could’ve prepared me for the heat ache I felt for that little girl. I don’t know her. I’ve never seen her before in my life other than this 44 second video. But I knew the pain she was feeling and I knew she was too young to be feeling that way.

Growing up I always hated my skin color, my hair texture, the shape of my nose, amongst so many other things. In high school I would photoshop my skin to be so pale that I was unrecognizable in photos. In 2014, I would spend hours on the internet trying to find ways to lighten my skin at home. I even went as far as buying skin whitening cream off of aliExpress, (good thing it never showed up). In other words, I hated being black.

I grew up not only being told that black wasn’t beautiful but being shown that it wasn’t in movies, on social media, in magazines. I wanted fair skin, long silky hair, and a nose so small it would look like I could barely breathe because for my entire life, that’s what I was told was beautiful. As I got older, I realized I was wrong for feeling the way I felt. I shouldn’t have hatred toward myself for something I couldn’t change. I should feel bad for the people who are so closed minded they can’t see more than one type of beauty.

Why are you putting us down if we don’t look like you think we should look? Why are you comparing us? Most of us do that to ourselves already.

I remember walking down the street in Santa Monica one day with my best friend. We were talking and laughing and a man stopped us. He looked at me and said, “Hey, I just wanted to let you know you’re pretty but your friend is more beautiful than you.” Then he walks away. At that moment, I didn’t know how to feel. I’m sure this man didn’t know my lifelong struggle of being compared to girls who I’ll never measure up to and I’m sure he wouldn’t care even if he did know, and yes, my best friend is beautiful inside and out. But why not just compliment her and walk away? Why even use the term “more than” and “less than” when it comes down to anything beauty related?

I wish I could tell you that I look in the mirror and I’m happy with what I see, that there’s nothing about my appearance that I want to change, but I can’t.
I don’t even feel like myself without my 22 inch hair extensions and a pair of lashes, not just as a woman of color, but as a woman in general. The media is always going to find a way to tell you there’s something wrong with you. Whether it’s your weight, your height, the size of your butt, or something you can’t change. And regarding skin color, discrimination based on the color of your skin is deep rooted in media.

A recent Tik Tok trend in India. After backlash over the promotion of colorism, Tik Tok removed the videos.

Colorism is defined as “prejudice or discrimination against individuals with a dark skin tone, typically among people of the same ethnic or racial group.” You know the term “It be your own people?” Yes, they’re not lying. From TikTok trends in India to put down darker skin Indians to families showing more love towards mixed kids who come out with lighter skin, colorism is a threat. I am actually guilty from “benefiting” from this because I cannot claim something beneficial if it’s putting someone else down. At the end of the day, I am brown but my skin is lighter than some so I experience some things different than someone darker than me. Growing up I wanted my skin to be white because of beauty standards. This “privilege” isn’t something I asked for and at the end of the day I’m still a POC and that’s what the police see if they were to pull me over.

It’s 2020 there are hashtags like #blackisbeautiful and #blackgirlmagic that is here to up lift us and praise us, but this just feels like we are barely scratching the surface. No matter how many hashtags and challenges are on social media now, the thought that black isn’t beautiful is so deep rooted in the society it’s going to take way more than a hashtag to show that black is in fact beyond beautiful. Stop the use of the term “You’re pretty for a black girl” or “You’re pretty for a brown girl.” Just stop with “You’re pretty.” To imply that one is only pretty amongst a group of girls that look like them, but that they are nothing compared to other girls takes a toll on self worth. Destroy that term. Sunsets and roses are both pretty but look nothing alike. Cliche as it sounds that quote is true. Light skin is beautiful, medium skin is beautiful, and dark skin is beautiful.