Plan your popcorn and overpriced candy through the end of the decade. 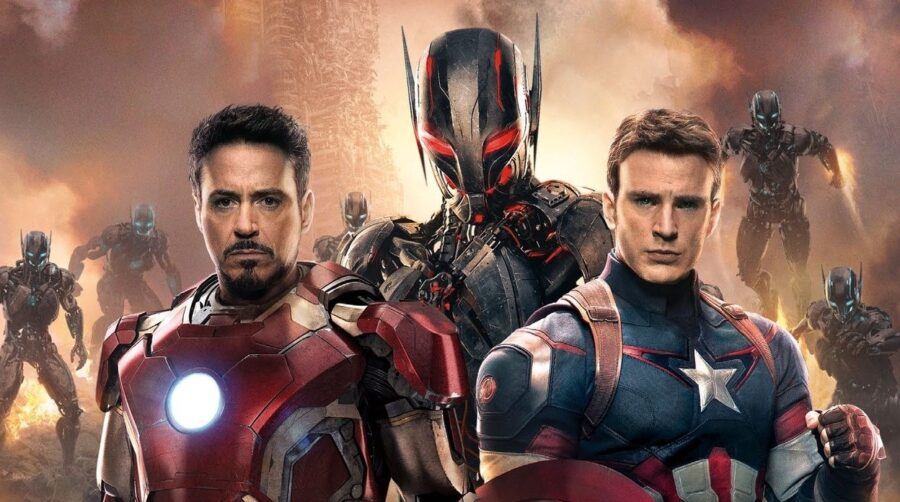 Marvel announced its full list of “Phase 3” films, and with this new announcement of nine films, the media franchise is promising a much more diverse cinematic universe for the MCU (Marvel Cinematic Universe). Marvel is finally bringing forward their first female superhero in a title role with Captain Marvel, as well as their first black hero in a title role with Black Panther. Marvel has also come through with epic plans for their existing franchises to keep their core fans and theater goers in awe.

Here is the full list of films we can expect from Marvel through May 2019. Of course, this doesn’t include Marvel’s television projects, including the ongoing Agents of S.H.I.E.L.D. (which, if you’re not already watching, it’s time for a binge), the upcoming Agent Carter series, and Netflix shows for Daredevil, Luke Cage, Iron Fist, Jessica Jones, and the Defenders. The first trailer for Joss Whedon’s Avengers: Age of Ultron is out and gathering excitement (OK, yes, I’ve watched it seven times). The hyped return of the Avengers will have the incredible cast of the original film, in addition to the talents of James Spader, Aaron Taylor-Johnson, Elizabeth Olsen, and Paul Bettany. Assemble in theaters May 1, 2015. Ant-Man, staring Michael Douglas as Hank Pym and Paul Rudd as Scott Lang, is currently filming and will be released July 17, 2015. It is the last film in Marvel’s Phase 2 and is being directed by Peyton Reed.

Directed by Joe and Anthony Russo (known for their work on Captain America: The Winter Soldier, Arrested Development, and Community), Captain America: Civil War will star Chris Evans as Steve Rogers/Captain America, Robert Downey Jr. as Tony Stark/Iron Man, and Chadwick Boseman as T’Challa/Black Panther. Though it won’t follow the story in the comics exactly, it will still be a fight over the politics involved with being an elite superhero. It will be released on May 6, 2016.

Though originally reported by Deadline, Marvel has yet to confirm that Benedict Cumberbatch will be playing the sorcerer supreme in Doctor Strange, which will be coming to theaters November 4, 2016. Marvel Studios president Kevin Feige points out that “The idea of this film is to open up a whole new corner of the cinematic universe. We want to enter, through Strange, the world of parallel dimensions.” Ooga Chaka. Writer/Director James Gunn will be once again helming the Guardians of the Galaxy in this sequel that is set to hit May 5, 2017. It is expected to star the same cast as the first film, including Chris Pratt, Zoe Saldana, Bradley Cooper, Dave Bautista, and Vin Diesel.

Ragnarok, which means ‘the end of all things,’ is the foreboding title of the god of thunder’s latest film. Chris Hemsworth and Tom Hiddleston will once again star as Thor and Loki in this sure to be epic release. Thor: Ragnarok will arrive July 28, 2017.

Chadwick Boseman as T’Challa/Black Panther will come to the screen as Marvel’s first black hero in a title role. As ruler of the nation of Wakanda, Feige remarks that “Black Panther and all of Wakanda is one of the most interesting characters in Marvel history.” Feige continues “He’s a bit of a prince, he may even become a bit of a king, but it’s all about how this isolationist country meets the world. Maybe it goes well, maybe it doesn’t.” Black Panther will come to theaters November 3, 2017.

A story so big it has to be broken into two parts, Avengers: Infinity War Part 1 comes to theaters May 4, 2018. Feige says that “We’ve always had a plan since Nick Fury broke into Tony Stark’s house and told him he’s part of a bigger universe.” He continues “’Avengers: Infinity War Part 1′ is the beginning of the culmination of everything that has come before.” It will include Josh Brolin’s Thanos who will undoubtedly be wearing the infinity gauntlet in this sure to be incredible pair of films.

Staring Carol Danvers, the female version of Captain Marvel, this will be Marvel’s first film led by a female heroine. Feige states that “This film has been in the works almost as long as Doctor Strange or Guardians of the Galaxy before it came out, and one of the key things was figuring out what we wanted to do with it. Her adventures are very earthbound, but her powers are based in the cosmic realm.” It will soar into theaters July 6, 2018, slightly over a year after DC will release their first female hero led film, Wonder Woman.

A lesser known superhuman group, the Inhumans’ comics typically consist of the exploits of the Inhuman Royal Family. Feige states that “November 2, 2018 will introduce dozens of characters into the Marvel Cinematic Universe,” promised Feige. “We really do believe the Inhumans can be a franchise or a series of franchise unto themselves. They have dozens of powers and an amazing social structure. With our 20th movie in the Marvel Cinematic Universe, we wanted to continue to refine what that universe is about.”

It’s worth noting that in a video Q and A with Feige after the event, he says that Black Widow will not be getting her own film and there are no plans for another Hulk film, though they both will be featured prominently in the Avengers films.

So, this has us in theaters through 2019. Where will you be? Working on your master thesis? Married? Kids?