The Evolution of the Wrist Camera 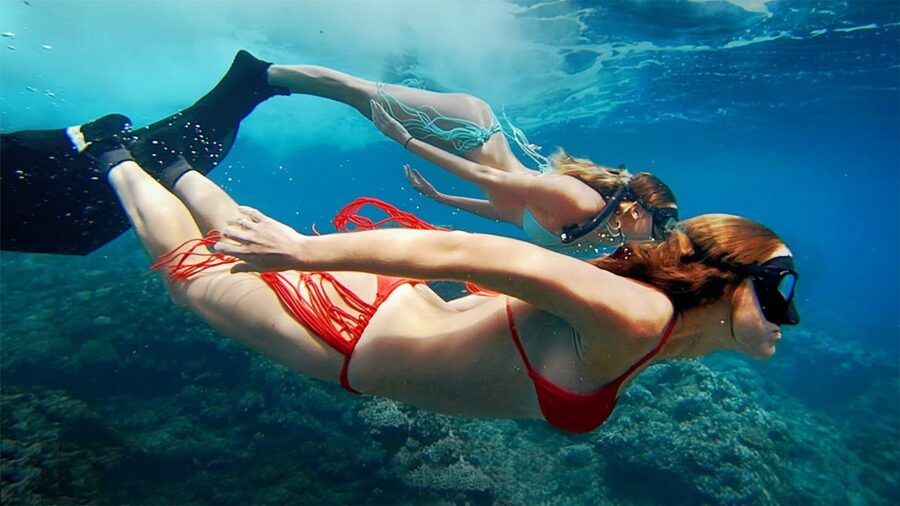 The 10-year journey of the digital device began from a five month surfing exploration in Australia and Indonesia. Nick Woodman, then 27, “checked out” from the real world after a low blow from a failed business deal, he was determined to find his next “big idea” as an entrepreneur. Little did he know, the idea that was formed from that trip was going to revolutionize the digital world of photography and videography. His idea originally went from creating a wrist strap that would latch on to a camera and record live moments simultaneously, to developing the fastest growing digital company we now know today as GoPro.

In a 2013 interview with Forbes, Woodman described how he first tested his wrist strap during his surfing trip in 2002. He realized that the quality of the strap wasn’t feasible to grasp the movement of the camera while surfing. During that time, the quality of cameras was not yet developed enough to endure rigorous activities. Consequently, the disposable cameras that Woodman strapped to the harness would either break or fall off while surfing.

Suddenly, it hit him. He was not only going to develop the first high definition camera, but also a water resistant and shock proof camera system to capture high-quality professional film with the attachable wrist harness.

In 2004, GoPro released its first 35-mm camera, Hero, manufactured in China and sold in the United States at local surf shops and on the home shopping television program QVC. The media exposure GoPro received from appearing on QVC yielded 350,000 dollars in profits to the brand name and by that time, manual rewind film was officially “going digital.”

Woodman knew he needed something more than just the wrist camera. While at the race track, he wanted to experience the track footage but refused to pay to rent the track camera for half an hour. He decided to use his own GoPro by strapping it to the roll bar of the Indie race car and was blown away by the footage captured.

“The light bulb went off and I realized GoPro needs to go from the wrist camera company to the everything camera company,” Woodman said. In 2006, GoPro released Digital Hero. It was the first portable camcorder to shoot in 10 second bursts without audio. The Digital Hero was grabbing audiences internationally, but what really set the product to an all time high was the High-Definition Hero, released in early 2010. Manufactured with the ability to record unlimited video and audio with panorama shots and 127 degree wide-angle video footage.

Fast forward four years and we have the GoPro Hero 4 with built-in Wi-Fi and Bluetooth, ultra-high resolution, twice the video performance, 12 mega pixel photos with 30 frames per second, ability to record time-lapse and slow motion and flexible mounting capabilities. The price tag is 500 dollars.

The durability of the GoPro really sets it apart from its competitors with its conveniently designed mounting accessories to choose from that enable your GoPro to go with you just about anywhere.

3-way mount to be used as an extension arm, tripod or camera grip.

The Handler (Floating hand grip) mount for stable shooting in and out of water activities.

The aftermarket mounting accessories have made GoPro experiences more appealing.

The DJI Phantom quadcopter is a drone with a GoPro mount on its underbelly that fits perfect for the camera to get impressive aerial footage.

Each year, GoPro advances to beat its last product release capabilities resulting in triple its annual profits. As of today, GoPro is worth hundreds of million dollars. Since its newly signed 200 million dollar Chinese electronic manufacture Foxconn investment, GoPro stands at 2.25 billion dollars leaving Woodman with a 45 percent ownership and a nice 1.3 billion dollar paycheck.

In his interview with Forbes, Woodman said that the GoPro is a “life capturing device.” GoPro is not only for sport-related activities but an everyday product; from surgeons mounting it to operation tables, to military personnel recording events in combat training and even ordinary drivers attaching it to the windshield of their cars for safety precaution.

There are many reasons to celebrate life with GoPro, but there are also unfortunate videos that have been recorded. In the latest GoPro movement #thinkbike, a mother released GoPro footage of her 38-year-old son David Holmes killed in a bike accident with an oncoming vehicle. She stated in her video campaign that the purpose of releasing video footage of her son’s accident is to cause awareness for road safety.

In January, video footage was released of a plane crash on Dec. 10, 2013 over the Hawaiian waters when a Honolulu-bound Cessna airplane crashed in the water shortly after take-off from the island of Molokai. Ferdinand Puentes, a passenger aboard the plane, caught the footage on his GoPro of the aircraft spiralling into the ocean and the terrifying moments of the passengers before they escaped from the water entering the plane. Health Director Loretta Fuddy was killed and the other eight passengers survived. The GoPro never once stopped recording.

In light of these devastating tragedies, there is also countless footage of the hero lifestyle that gives us something to smile about. Fireman Cory Kalanick rescues an unconscious kitten from a burning house, and after a few minutes of reviving it with oxygen, the lifeless kitten comes back to life.

Or video of a father and son rescuing deer from the ice sheet of Albert Lee Lake in Minnesota. When they noticed the pair stuck in the center of the lake, they brought the deer back to the woods one by one with a hovercraft.

And then there are the extreme sport videos that can only be captured with a camera like GoPro. On Oct. 24, the highest parachute jump was recorded over 25 miles high and reached earth’s surface in 15 minutes. The 135,890 foot parachute jump was made by Alan Eustace, the 57-year-old senior vice president of Google. The balloon reached speeds up to 1,600 feet per minute from an altitude exceeding the stratosphere. Eustace carried his GoPro cameras upward on his space suit connected by a ground-control center. Eustance worked in secrecy for three years with a small group of technologists and parachute technicians to make the jump possible.

As for me, GoPro is new to my life. It is a way for me to re-live the experiences captured on camera. The other day, a friend asked me to tag along for a ride on his street bike. What better way to end my night than by capturing the Whittier Canyon sunset with my GoPro Hero 3+.

Photo credit for all photos: gopro.com