The Fight to Save the Salton Sea

A story of greed and corruption 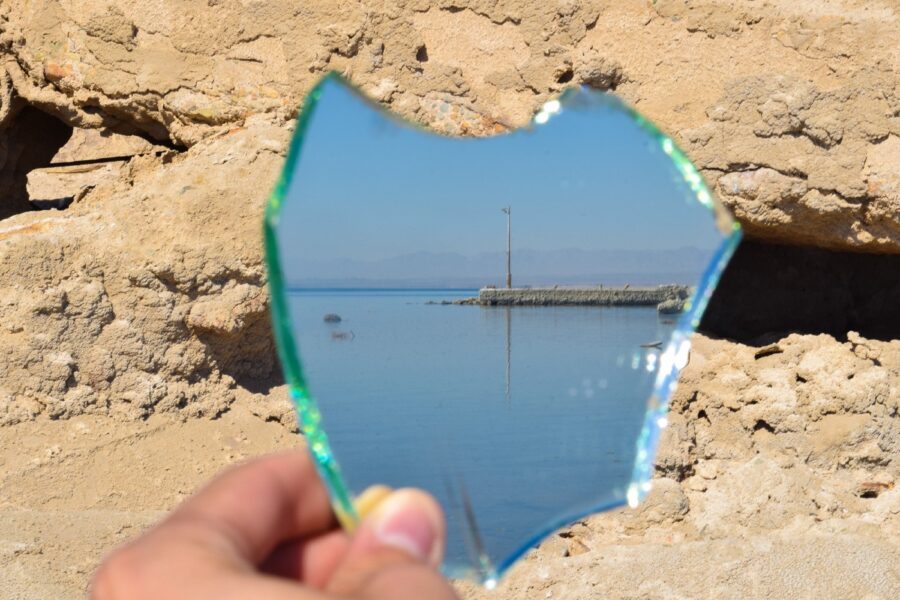 Many Angelinos still recall a mysterious fish smell that engulfed Southern California in September, 2012. Over 235 complaints were filed across the Los Angeles basin. Many local governments scrambled to find the source of the pungent smell, investigating industrial sites and landfills alike. The South Coast Air Quality Management District traced the peculiar smell to a rare hydrogen sulfide discharge at the bottom of the Salton Sea, California’s largest lake. A powerful storm swept a column of air onto the sea and displaced large volumes of hydrogen sulfide water from the 50-foot-deep lake that covers 376 square miles of desert wedged between Palm Springs and the California-Mexico border.

The hydrogen sulfide —a byproduct of decaying matter — is just one of many tall-tale signs of a looming environmental disaster brewing in the troubled waters of the Salton Sea. Twice the size of Lake Tahoe, the inland sea was inadvertently created by an engineering accident in 1905 that caused a portion of the Colorado River to flood into a salt bed. The 18-month flood was regarded as a happy mistake and in the decades to come the shores of the Salton developed into summer homes, resorts, and yacht clubs. Fish were introduced in the 1950s to promote tourism and the Salton Sea was considered America’s Mediterranean Sea.

What was once a promising oasis is now a withered wasteland. Agricultural runoff and pesticides from neighboring farmland, the lack of a natural drainage system, and little to no annual rainfall are all factors that have transformed the Salton Sea into a saline lake 25 percent saltier than the Pacific Ocean. Beginning in the 70s, vast amounts of fish began to die and wash up on the Salton’s shores. The gravel beaches turned white with the pulverized bones of millions of dead and dying fish. The resort towns and summer homes where abandoned, some with all the possessions left behind. The degradation of the sea continued. On Aug. 4, 1999, 7.6 million fish died in a single day. The rotting fish covered an area 10 miles long and 3 miles wide along the shore. To this day, it is the largest single day die-off of fish on the Salton Sea. The enormous casualties of fish are not due to the contamination as commonly believed. Both hot water and salt water carry less oxygen than fresh or cold water. In the summertime, the surface temperature of the saline lake reaches up to 125 degrees. Oxygen levels fall dramatically and the fish suffocate in the hundreds of thousands, if not millions.

If hordes of decaying fish weren’t hellish enough, the rotting flesh from the fish sinks to the bottom of the sea where it is broken down further by bacteria into adipocere –a soapy grey wax formed by decomposing flesh exposed to moisture- also known as corpse wax. This morbid substance can rise up to the surface in strong winds and float on to the shore in sticky fish ball formations. The first sightings of these putrefied spheres first coincided with the release of the hydrogen sulfide over the L.A. basin and mark a fundamental, yet unknown change in the composition and processes of the sea.

Each year, the Salton Sea looses between 4 to 6 feet of water through evaporation. Runoff and rainfall do not compensate for the loss and the sea has shrunk considerably. There is growing pressure on Congress to pass a measure to fund the restoration of the sea. The U.S. Bureau of Reclamation estimates that keeping the sea from evaporating away will cost $10 billion.

But why pump so much money into a place that looks and smells like fish hell? To understand the current predicament of the Salton Sea, consider the fate of Owens Lake. Starting in 1913, the growing city of Los Angeles bought the rights to Owens River in the Easter Sierras through a series of shady land grab deals. The water was diverged into the L.A. Aqueduct and subsequently Owens Lake dried out exposing the lakebed composed of toxic concentrations of arsenic, nickel and chromium. Presently, the exposed dry lakebed of the Owens is considered the largest source of particulate matter in America. In other words, it is a dust bowl that blankets the nation in dust laced with toxic heavy metals. Dust pollution in the Owens Valley is 10 times higher than the permissible amount standard set by the EPA. Dust mitigation to the area comes with a heavy price tag of $415 million in addition to $26 million annually paid for by the city of Los Angeles to the people of Owens Valley plagued with chronic respiratory problems and, according to the American Lung Association, increased mortality rates.

California’s thirst for water might just as well be stronger than its memory. The Imperial Irrigation District of California, in the past decade, has sold its water rights of the Colorado River to the city of San Diego located 127 miles southwest of the Salton Sea. The amount of water diverted into the city will be 20 percent (the same amount that Los Angeles drains away from the Owens River) beginning in 2018. Although the Colorado does not directly replenish the Salton Sea, the water from the river used for food production inadvertently feeds into the sea.

With San Diego taking 20 percent of the water share, Imperial Valley (which grows two thirds of the nation’s fruits and vegetables during the winter months) will cut back on food production to accommodate for the loss of water. The cut back has two negative consequences to the area: the amount of runoff feeding into the Salton Sea is greatly reduced, and farming jobs are slashed in an area that already has the highest unemployment in the state; and where 72 percent of its population is Hispanic –All while the Imperial Valley water authorities profit $50 million per year in revenue from San Diego.

“The politicians have just turned a blind eye. They haven’t done a damned thing to help this place,” said local resident John Edmond.

He blames the problem on pure apathy from residents and governance alike. “Why we have come to this disaster is pure neglect. It’s sad to see something that’s this beautiful that people can just ignore and just say, ‘You know, it’s not my problem. I’m just going away.’” Much of the Salton’s shores remain as rusting ghost towns. Tragically, 90 percent of California’s wetlands have disappeared due to urban development; yet birds have made the Salton Sea one of the most important bird habitats in North America. Millions of birds belonging to over 400 species migrate through the area every year. Some, like the Snow Goose, travel from as far north as the Artic. And some, like the Brown Pelican, are endangered species. Once the sea is gone, these birds will have to make longer journeys into Mexico, or alter their migration patterns altogether.

Edmond, a Scotland native, retired to the Salton Sea just three years ago and has already witnessed a dramatic change in the ecosystem. “I used to walk on the sand dunes, and there was hardly a square foot of shore line that you didn’t see a bird. This year, I haven’t seen an awful lot of birds migrating through here.”

What is usually detrimental to life on Earth, is usually detrimental to the human species –Although we seem to always think the contrary. If the lake ever evaporates due to the lack of human intervention, the Imperial and Coachella Valley will become the toxic dust bowl of the 21st century. Each year four million tons of salt are deposited into the Salton Sea. Attached to the salt are poisonous substances like: arsenic, selenium, cadmium and decades of pesticides from agricultural runoff caked at the bottom of the sea; all packed into a fine powder similar to moon dust. This particulate is so small it can enter the blood stream through respiration. Hypothetically, once airborne, the dust could billow as far away as Los Angeles, San Diego, and neighboring states creating the similar public health hazards afflicting the Owens Valley. “Frankly, I am very disappointed because this could be a beautiful place. It’s like a picture book, it is framed by the mountains and beautiful colors.”

“You know, four billion dollars, 20 years ago could have fixed this place,” lamented Edmond as he looked down at the receding waves as they parted over the weathered pilings of a once standing pier.

“Now it’s too shallow to even put a boat out there.” It is expensive to save the lake, roughly about $10 billion by current conservative estimates. But it will be more costly to let it die, an estimated $29 to $70 billion in damages over the next 30 years. A current $3.3 million conservation effort, the Salton Sea Species Conservation Habitat Project, would construct more habitat for both avian and marine life in the Salton Sea, but do little to prevent the current evaporation of its waters.

Empires rise and fall upon nature’s whim. Such holds true for the entertainment capital of the world. The struggle to water the garden metropolises of California will always produce a casualty where the resources are exploited. Los Angeles devoured the Owens, and now, San Diego the Salton Sea.