The Day the Newsman Died

How one man changed the way young journalists view media, and what his passing means to one lone journalism student. 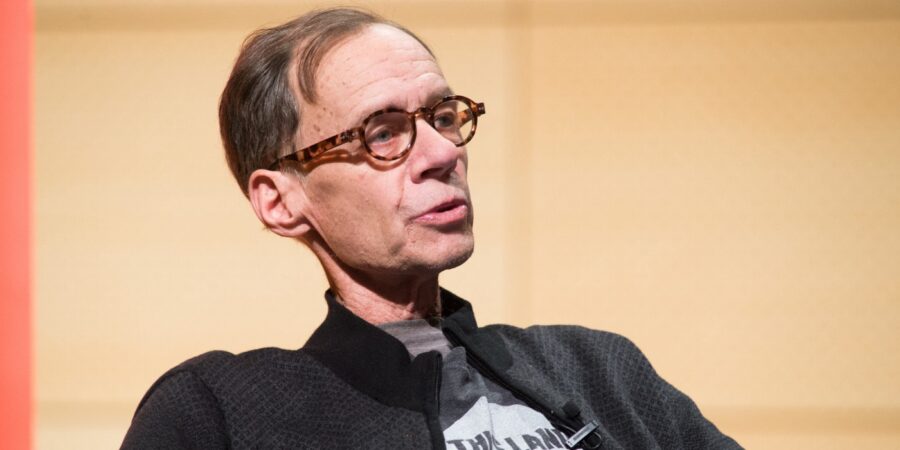 I stood in line, anxious for my turn at the mic. After a night of enjoying the city, I woke up early to have a front row seat to what is still one of the most important moments in my life. When I reached the mic, I couldn’t breathe; my heart was racing, the room began to spin, and all I could think to do was ask a question along the lines of what others had brought up. But in that moment, this man, this legend looked at me with what felt like ferocious motivation and I let it rip. “How does it feel to know you won’t have a byline when the New York Times stops printing, and what do you see for the future of journalism?” The moment it was off my tongue I felt the blood drain from my body as a collective gasp escaped from the crowd. The man looked at me for a moment, presumably to decide whether to attack or encourage. He went with the latter. With absolute grace, he shared his concerns, his vulnerabilities, and his hope for the future of journalism.

That was my first time, only time, speaking with Mr. David Carr, the man who inspired me, drove me, and challenged me to be a better reporter by simply doing what he did best: telling a story. That was in 2012 at the College Media Association’s annual convention in New York City. Up until Thursday of last week I was thrilled to see him speak once again at the Associated Collegiate Press conference in Los Angeles at the end of this month. I planned to see Mr. Carr give the keynote, and hopefully once again have the opportunity to pick his brain. I had written a notebook full of questions like, “Why do you think Brian Willams’ ‘transgressions’ were not a part of his primary duties?” And to follow up with that, “Is it not the fundamental purpose of a journalist to always be accurate and honest to their audience?” These questions and more remain in my notebook, never to be answered by the man I admire and respect.

But really, what is his connection to me besides the fact that he gave me the most thoughtful answer to a potentially offensive question? Well aside from the fact that I am passionate about the news and aspire to be like him, he also launched a project on Medium around the same time we launched our publication, Substance. He began teaching a course at Boston University and incorporated Medium as one of the course’s main tools. On Press Play, Mr. Carr showed students what the changing tides of media and reporting looked like, and immersed them head first into the new age of journalism. But another darker connection bridges us together.

It is no secret that Mr. Carr struggled with drug addiction early on; it is one of the focal points in his autobiography Night of The Gun. Although I cannot say I struggled with addiction in the way he did, I too have a darkness inside. I have struggled with depression since second grade and kept it fairly well hidden from most people, but there were, and still are, a select few who understand my situation. To say Mr. Carr understood would be stretching the truth, but he was there for me.

I related to his mistakes in some way or another. And when times got really bad, I would look to him for inspiration. I focused on his work and what it meant to me as a young journalist. I held his words close to my heart and forced myself to pull through. He was one hell of a man and an irreplaceable idol.

On the website for his book, he wrote, “The stories that we tell about ourselves are designed to sort of reveal a part of ourselves to the world. It’s the part we want to show. What I learned from two years of reporting, investigation and writing is that you can’t know the whole truth. But if there is one, it lies in the space between people.” He couldn’t be more right; the human connection is what most journalists seek when they begin reporting. In that connection lies a truth that unites us all, and for me that truth connected me to one of the greatest men to ever report the news.

Mr. Carr wrote on Medium about his plan for the class, “The idea of Press Play is that after we make things we are happy with, that we push a button and unleash it on the world.” For me, this speaks of his character and dedication to reporting. When I asked my question in New York City, he answered in length and depth that was surprising. But one thing he said stood out and has stuck with me since:

“Whatever the delivery, whether it be in a giant bird of a monthly news magazine or floating on the internet to you, good journalism—like the kind at the New York Times— will live so long as there are dedicated reporters willing to tell the stories that need to be heard.”

His blind trust in young reporters was unprecedented. He encouraged his students to do their best and challenged them to produce excellent works of journalism. He wrote in the syllabus:“We will make things — in class, in groups, by our lonely selves — we will work to make those things better, and, if we are lucky, we will figure out how to beckon the lightning of excellence along the way.”

I have said a few times that Mr. Carr is my idol, but he was more than that. He was inspiration and motivation. I had so much to ask him and I wanted to give him a run for his money as I grew in the world of journalism. There are many things I wish I could have done better in my position as Content Director for Substance, but he left me a good place to start. Now, as I take on the position of faculty assistant and continue my education toward the goal of becoming a journalist, I can mentor young journalists and pass down the knowledge I have accumulated over the years. The fire that burned inside of Mr. Carr to not only report but to mentor young reporters has been lit inside of me. I am nowhere near his level, but I can work even harder to to do good journalism. Even in death I will still seek his guidance as will many other college students who knew him, or knew of him. Even those who did not will be touched by him in some way.

The emotion is raw and the hurt is real but the passion burns and we must continue. During his 2014 commencement speech at University of California Berkeley, Mr. Carr left students with profound words: “The ability to do journalism, to reach audiences, has never been better. I like your odds. I do. I mean, I care about you, but I don’t worry about you. I think you’ll be fine.”

He left them—me—with the most precious gift one can receive. Hope.