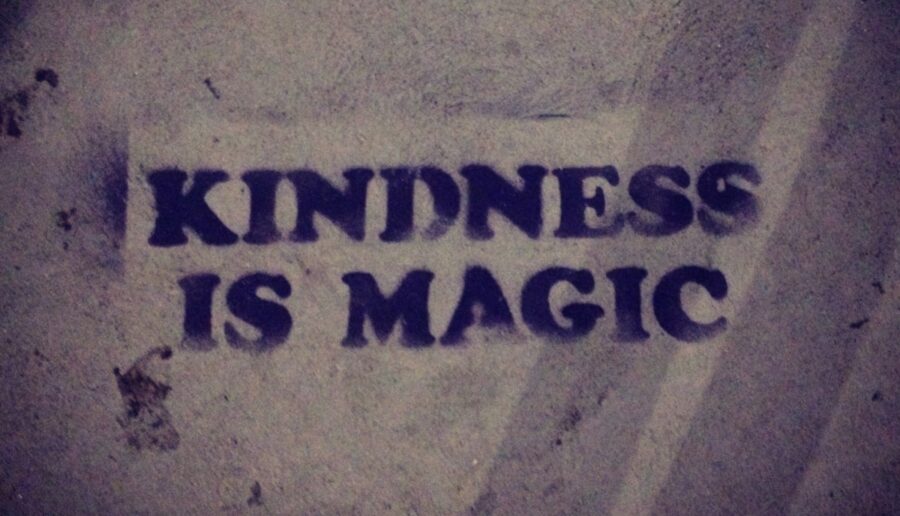 Autumn of 2008. A civil war was raging in California, and battle lines were drawn. It didn’t matter who you were. Brother fought brother, wife attacked husband, best friends, colleagues, no one was exempt. Regardless of your ties to someone, this war split the state down the middle, and sometimes ended relationships.

It was early November and hot. Californians were preparing to not only vote for the next president, but also for whether or not gay and lesbian citizens would be granted the fundamental right of civil marriage. I was a teenager who had just started Mt. San Antonio College. I was taking a couple of journalism classes and writing for the new print magazine, Substance. During the time leading up to the elections, we were covering it all.

Vanessa wrote for the student media. She was a tall, beautiful black woman with strong views and an even stronger will. She was also very Christian.
The student reporters spent the entire day covering the issues via live stream and interviewing students on campus. At the end of the day I was alone with her in the newsroom. Our adviser was in her office.

Vanessa made some very strong statements about what her pastor had told her and his congregation on the Sunday prior. When Tuesday’s election arrived, churchgoers were told they must vote Yes on Proposition 8, a proposition that would create a new amendment to the California Constitution which said, “only marriage between a man and a woman is valid or recognized in California.” Opponents of Prop 8 nicknamed the proposition “Prop Hate.”

Vanessa approached me and struggled to ask a question that I knew was coming. Why did I care so much about the right to marry?

There were a lot of ways I could have answered the question but I took the time to explain it. I told her that I wanted to have the same freedom that she had to commit to the man I loved and receive the same protection under the law that she had in marriage.

She asked how I knew I was gay and when I discovered my sexuality. I put it simply: I knew the same time she knew she was straight.

The conversation was long, and I pleaded with her to vote no on Prop 8.
I told her my story, my plans for the future, and the love I so badly hoped to one day share with one man. She said her church leader said that if Prop. 8 was defeated, it would ruin the sanctity of marriage. I was unsure if I had gotten through to her, but I figured I had at least planted the seed of doubt.

I was sitting in the same spot the next day with the bitter taste of defeat in my mouth. Prop 8 passed and gay marriage was banned. I felt shame, despair and rage as I watched protests across the state. They clashed with police and took on the Mormon Temple in Hollywood. Their…our outcry at being deemed unequal would not be silent. My friends and I made arrangements to join the protests after class. We needed to be part of this movement. Protest on campus against the ruling in favor of Prop 8 on November 8, 2008. Pictured, members of LAMBD, the gay straight alliance student group at Mt. San Antonio College. I am holding the flag in the air.

I heard her before I saw her face. She was calling my name. Part of me wanted to scream and tell her it was the fault of people like her that I was now a second-class citizen in the land of my birth. But before I could say anything she hugged me and said something I will never forget.

“I did it, I voted NO on Prop 8. I stood there and couldn’t imagine taking your rights away. You’re such a great guy and you deserve to be with the man you love just like everyone else.”

She went on to say that she went home the previous day and told her family, friends and anyone who would listen to vote down Proposition 8. She told them about me and how this would affect my life. I cried. I didn’t know my story could change one person’s life and cause a ripple effect across her network of relationships.

This is what journalism is about — human connection.

There has been a lot of talk about the death of journalism. With the disgrace of Brian Williams and the continued decline of print newspapers, people are doubting the heart of journalism and reporting. But in their doubt they forget that even in destruction there is creation and hope. Fifteen years ago there was no Twitter, Instagram, Vine, or Facebook. When something happened it was up to a reporter and news photographer to cover the story and then report on it. If they weren’t there, stories did not get told. People would look to the newspaper every morning to see what was happening and stories were left out. But in this changing world of social media and disruption, this is no longer the case.

Just look at the tragic death of Michael Brown. Before the dawn of social media, the story more than likely would not have been told. It would have quietly gone unnoticed and the city of Ferguson would be another Midwestern city with high poverty and social injustice. But with tools like Twitter, Instagram and Facebook, the story took flight. People across the nation retweeted, reblogged, liked and shared what was happening. America saw injustice against the people at the hands of those enlisted to serve and protect. A movement began, and a story unfolded. A human story.

Journalism is the human experience. It is conversations and a connection to the world at large.

This month I traveled to New York to attend the College Media Association’s Spring National Convention. I was fortunate enough to meet Kate Lee and Saul Carlin of Medium. I cannot even begin to explain how nervous I was when riding the elevator to their offices.

At the Medium offices in New York City on March 13, 2015. Pictured, Jen Sandy, Substance editor, and me.

These are the people who have worked closely with us and opened new doors for me and the staff to tell the human story through our eyes and put it into the world. For the first time in the history of the journalism program, our stories are being read by thousands of people. Meeting them was nothing short of a blessing and they further stroked the fire inside me to report. Or rather, to tell stories that matter. I left excited and ready to push forward even further.

But that’s not even the half of it. Right now there are college students who hold onto print as if it were the only thing keeping “true” journalism alive. They will most likely never work in the field. I don’t say this to be a dick because honestly, I was one of them. I didn’t want to kill our print publications at first, but I evolved.

They told me it was great that my school was doing this but that I still needed a strong “print foundation.” Insert stale laugh here. And then there were the ones that wanted to pick my brain on how they, too, could evolve.

The interesting thing is, I’ve been around awhile. After moving to Seattle after two semesters of journalism, I missed the newsroom and returned a couple of years later. I’ve attended numerous college journalism conferences and I’ve heard the conversations.

This time, the change was palpable. More students were talking about using social media to talk about issues on campus and in their communities.

One attendee said he would rather tell a story and tweet it all day then waste another night working on a print “monstrosity.”

He will find work in the industry. I also spoke to some of these young journalists at the Associated Collegiate Press ACP convention in Los Angeles last month and a few scoffed when I told them why our staff had decided to move to Medium. But others just wanted help to follow suit.
An adviser from Cal State Long Beach told us we were “the rockstars of journalism.” More importantly to me, he told me that he had read my stories and had been following me prior to meeting me that day.

I was humbled. Just like that day in the newsroom, I had touched another person, and built another human connection.

So what is the climate of journalism and why does it matter what happens from here? There will always be a need to tell the truth and to keep those in power accountable. There will never be a time when the hardcore investigative news person becomes obsolete, but they must evolve with the changing face of media. If not, politicians, CEO’s, corporations and the like will do as they please without fear.

It is imperative that those teaching young journalists emphasize that they will not work in print. If those learning the craft today do not accept that fact, they will flounder. There will be no hope if all of us — journalism students, teachers, and even those working in print — refuse to acknowledge that the era of the newspaper is all but gone. Those teachers and reporters who still cling to the mentality that print will survive are only doing a disservice and need to step away from the field all together.

As I — and those around me — venture into the field, it is that human connection that moves us forward, and that starts social change. We must embrace all that comes our way whether it’s Twitter news feeds, long form journalism, and all the new things that we have yet to see.

It is our responsibility now to take the torch and run with it to help usher in this new world of journalism. No, not just journalism, storytelling.

I have met many people who now know my name and have read my stories. They offered me glimpses into the lives I’ve touched and audiences I’ve reached. I would never have dreamed that my story about transgender teen Leelah Alcorn would make a grown straight man cry, or that my piece about racial injustice would inspire a young white girl to begin the dialogue about racism at her southern white conservative college.

But this is only the beginning and I am one man. The new era of journalism has arrived and with it comes a bigger reach, a chance to connect with more people than we could ever dream of. This is my story, our story. We are the future of journalism and if we do not evolve, we will become extinct.

I didn’t know on that day in the newsroom long ago that one girl would make me see things differently. My conversation with Vanessa was the beginning of a change. In the summer of 2013, Prop. 8 was overturned at the United States Supreme Court. I remember crying, calling my mother and telling her the news.

It was the weekend of San Francisco Gay Pride and I knew where I had to be. I drove nonstop to the city with some friends and celebrated. The faces, the love, the power of a movement had come full circle. As I look back, it’s not just the celebration or the struggle I remember the most.

In a room on a hot Autumn day a young man, a kid, started a dialogue. He told his story to one woman and it inspired change in her. This is journalism. This is storytelling. This is human connection. So tell the story and change the world, one word at a time.