Your Baby Is Adorable, But I Don’t Want One.

Choosing to be child-free is anything but selfish. 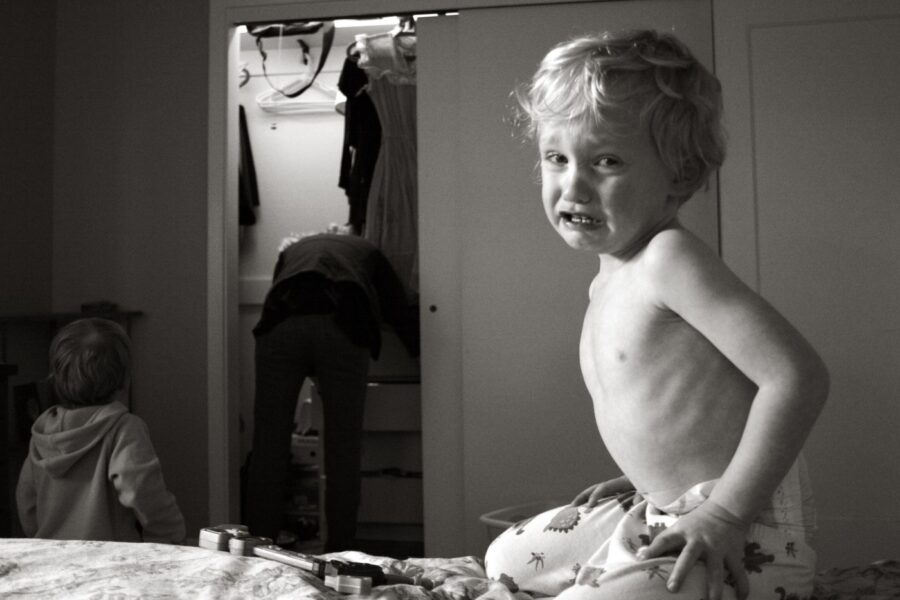 I turn the big 3–0 this year. I’m at that age where my Facebook feed is now a virtual scrapbook of my friends’ honeymoon pictures and baby announcements. Don’t get me wrong: I enjoy seeing them happy. I expect to see this because it is the chapter of life where they are expected to hit these social milestones. If they want to hit those milestones, good for them.

As for me, I am not one to follow the path society has conditioned me to follow. I don’t live a conventional lifestyle by any means. I would be surprised if I can get a full night’s sleep in between being a journalist, a full-time college student, and traveling in a van with six band guys selling their merchandise all over the country. Despite my crazy lifestyle, people seem to be surprised by one little factoid about me — I’m also a preschool teacher. Now that I’m almost 30, people often ask me if I’m ready to settle down and have kids. My answer can be a shock to some people.

I don’t want to have kids.

Cut to camera two. A face of confusion appears. Eyebrow raised. A light giggle of disbelief springs from their mouths as they say:

“You REALLY don’t want kids?”
I shake my head, “nope.”
Awkward silence.
“But you’re so good with them! Maybe you just don’t know and will change your mind.”

It is usually a variation of this conversation when people find out I don’t want to have children. Don’t get me wrong, I love children, I honestly do. I adore my students and all my little baby relatives, I would do anything for them in a heartbeat. But to have my own child is another story.

Being a preschool teacher has pretty much solidified these feelings. While I love the kids in my life, my future doesn’t involve me being voluntarily pregnant. For people to make me feel uncomfortable about a decision that affects only myself is, to say the least, offensive.

I am at that stage of life where many women my age who want kids are freaking out about their “biological clocks” ticking away. Some women are in a race to beat that clock like Cinderella booking it out of the ball before her magical gown turns back into dusty old rags. That worry has never passed through my mind. In fact, I never thought about my biological clock because I never put the battery in it in the first place.

I’m part of a growing statistic in the United States of women holding off having biological children of their own. According to the Los Angeles Times, there has been a significant jump in the past fews years in the number of child free women.

But even though the idea of childless women is nothing new, it is still an uncommon story in a family centered society. One would think that a woman’s conscious decision about herself and her life is part of the modern ideology in a more progressive society. There are people who don’t care but there are also people who can’t seem to grasp the idea of the childless-by-choice woman.

One of the hot words used by people who don’t understand the childless-by-choice woman is “selfish.” Common descriptions used by such people include:

But some childless-by-choice women feel the opposite. Those who have a firm stance on the decision to not have children know it’s a journey to make that choice. The reasoning behind not having children is subjective with each woman, but no decision is better than the other. Women have the right to choose their path in life that they see fit as — long as it doesn’t affect anyone aside from themselves.

A lot of women realize that raising another human being is not for them by taking a good and honest look at themselves. Being childless is not selfish because it is a choice that takes into account how a bad decision not only affects them, but those who depend on the decision maker. While women can admire children, those who want to remain childless come to the self-realization that their ability to interact with a child is completely different from raising one.

Women who don’t want children know that motherhood is not something to be taken lightly. It’s one of the hardest jobs that spans all the living species on Earth. It’s a 24/7 job that will stick with you for the rest of your life. For some women, this is their calling. But for others, the desire is not there.

The choice in being childless takes into account the most important factor: the well-being of the child. When a women realizes that her life doesn’t allow her to be a substantial provider for a potential offspring, it’s with best interest to avoid motherhood. It would be selfish to bring them into a world that one knows they can’t provide for them.

Ehrin Starcher, a 30-year-old nurse technician, knows that a raising a child is best suited for someone who has the means to do so.

“[If] I have a child, I don’t want to live off of the government,” Starcher said. “I want to provide nice things for my children. I want them to see the world, and understand what it is like to be unconditionally loved. If I can’t provide that, I feel it is irresponsible of me to bring a human into this world. Also, I’m slightly afraid I will have a hellion red headed wild child like myself.”

Being childless-by-choice forces women to face the reality about their lives as an individual. It is the self-realization of one’s ability to handle life-altering situations. Each woman is built differently; we have different levels of temperaments that shape our personalities and how we handle stress. We have different levels of patience and react to situations differently. Not every woman is built to handle to responsibilities that is involved with children.

Alison Rose, 25, said that even though she loves kids, the desire is just not there and she’s fine with it.

“[I] don’t think I need to have children to feel fulfilled in life,” Rose said. “Also, I have a hard enough time making sure I eat three meals a day, let alone being responsible for another human.”

A major factor for some women who choose to be childless is their state of well-being, especially among women who have a history of mental health issues. Some women who have been through traumatic situations, harsh childhoods, and have mental health issues such as depression know first-hand that sometimes it is best to better themselves and not bring a child into their world. According to the American Psychological Association, “depression has been called the most significant mental health risk for women, especially younger women of childbearing and childrearing age.”

Mel, a 31-year-old retail worker, who spoke on the condition of anonymity, experienced a rocky marriage and the difficult decision to terminate a pregnancy due to her severe depression. “I was traumatized enough on my own. I couldn’t even imagine how a kid would feel. My family also has an addiction problem and I have social anxiety, and I know we both didn’t wish this [condition] on anyone. Especially our own child.”

Starcher also felt her early childhood life played in a role into her decision to possibly not having a child. “I don’t want my kid to experience fear the way I did at such a young age. I had no stable people in my life…I would never wish those feelings and emotions on my worst enemy, let alone a child carelessly brought into this world.”

Choosing to be child-less does not mean one does not know responsibility and hard work. Parenthood is a whole other realm of responsibility, but it is not the only way a person can grow. Having a child doesn’t mean an instant obtaining of knowledge on how to be a mature and stable person. It is just one of life’s many paths that one may decide to take.

Having a child is a lifetime commitment and it’s not something one can pawn off when they are tired and done with it. It is an around-the-clock job that some people are not comfortable taking on. Many people are just happier with options in their lives and the freedom that comes by not having children. It is the self-realization that they can be fulfilled with different types of things and that having a children is not the be-all and end-all way to living a fruitful and happy life.

The stereotypical image of the childless woman is commonly seen as the “sad and angry cat lady” with no purpose. But just like people who have different tastes, careers, and interests, the same goes with how one is fulfilled. Whether it’s work, religion, education, existing family, friends, or just ambition to maximize one’s life to its fullest potential, fulfillment and purpose doesn’t have to center in the ability to reproduce or not. While having children is a great way to create a legacy, it is definitely not the only way to make an impact long after a person is gone.

Just because one can do something, doesn’t mean they should do it. Just because someone is physically able to have a kid doesn’t exactly make them an automatic contender for the “mother of the year” award. The United States holds one of the worst records of child abuse and neglect out of all the developed nations. Some people are proof that not everyone is meant to have a child. But even though abusing a child wouldn’t come across any decent human being’s mind, the choice of having a child shouldn’t rely solely on the ability to do so. No women should be obligated to utilize their reproductive organs if they don’t want to.

If by any chance I do become a mother — because nothing is life is guaranteed to go the way you want and accidents happen — then I would try to be the best provider that I can. But until then, I am completely satisfied on being that awesome aunt when my sister has kids. (She has no clue what’s in store for that kid. Three words: 18th birthday tattoo.) I’m also down to be an awesome stepmom, because let’s face it, I’m at that point in life where any potential love interests around my age could possibly have kids. I’m not going to turn away a good thing just because their life went down a different path then mine. If I find that the guy is my other half, then it would be selfish of me not to fully accept them, kid and all.

If I want to follow my goals and maximize my life the best I can, I should be able to do so without feeling uncomfortable. Being a parent is a rewarding and difficult job, but it’s not the only thing to be in life.