The Happiest and Most Expensive Place on Earth 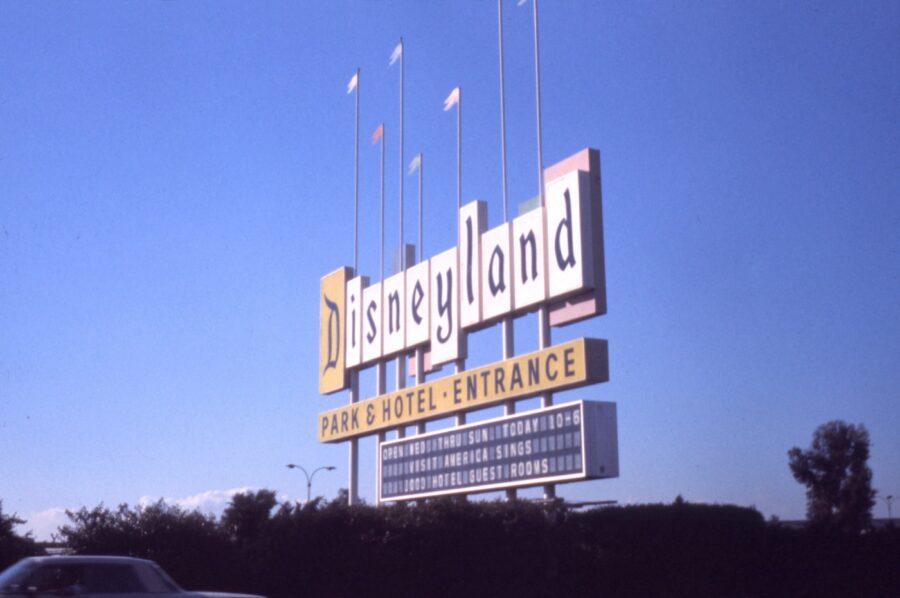 “To all who come to this happy place — welcome. Disneyland is your land. Here age relives fond memories of the past and here youth may savor the challenge and promise of the future. Disneyland is dedicated to the ideals, dreams and the hard facts that have created America … with the hope that it will be a source of joy and inspiration to all the world.”- Walt Disney

On July 17, 1955 Walt Disney opened Disneyland Resort in Anaheim, Calif. on what used to be a 160-acre orange orchard. The event was originally intended only for 6000 invited members of the press, however, 28000 people arrived at the park’s entrance that day. Most of the tickets were counterfeit. From day one Disneyland was, and continues to be, a legendary place to visit.

On the surface, Walt Disney seemed to be the picture perfect family man and entrepreneur. However, there is a darker side to this facade. Even 48 years after his death the Disney family still faces reports that Walt was a racist, sexist, and an anti-semetic.

There are also many urban legends surrounding Disney and his death, such as he only employed white men, his last words were “damn Jew” and that after his death he was cryogenically frozen and his body is stored somewhere underneath Disneyland Park, awaiting the day a cure for lung cancer, the disease Disney died of, is found.

However, a quick Google search can disprove many, if not all, of these legends. According to the Los Angeles Times, the vicious rumors accusing Disney of being racist, sexist and anti-semetic were started in 1941 by a few disgruntled employees involved in labor strike. The Disney Family Museum provides pictures and documentation of women and African Americans working for the Walt Disney Company as early as 1938. Floyd Norman, 79, worked as an artist at Walt Disney Studios during the ‘50s and ‘60s.

In a recent blog post, Norman wrote, “Disney had his faults like the rest of us. He was not a perfect man, nor did we expect him to be…he recognized that women could be judged alongside men. He knew that talent had no color or ethnicity…He dreamed of a better world and had the audacity to try and build it.”

Debunking what is perhaps the most ridiculous urban legend, according to Disney’s official death certificate he was not cryogenically frozen after his death. The certificate cites that his that his body was cremated on Dec. 12, 1966 at Forest Lawn Memorial Park, located in Glendale, Calif. His remains were interred there, and remain there to this day.

Whether or not the rumors of Disney being racist, sexist and anti-semetic in his private life are true remains unknown. Despite the rumors circulating around Disney and Disneyland, he and the park are fixtures in cultures worldwide. Disneyland not only gets thousands of visitors from the United States, but it is a vacation destination traveled to by people from all around the world.

Bonnie Sayer, former resident of Anaheim, was there with her father on Disneyland’s opening day. She was five years old at the time.

“Disneyland’s grand opening was a really, really big deal. The entrance fee was a dollar,” Sayer said. “We just decided to go see it. We didn’t have fake tickets or anything. My father said that was dishonest. I don’t think he planned to even get through the gates.”

According to Sayer, opening day was a disaster.

“If I remember correctly, it became known as ‘black Sunday.’ It was so hot. And although I don’t remember which rides broke down, I know many of them did.”

Sayer said even though they didn’t get to go on rides, it was hot and crowded, it is one of her favorite childhood memories.

“It was a disaster, yes. I know that now. But when you’re five you don’t see all the things that are wrong. I was just excited to be there. My father was trying to make something special happen for me, and I’ll never forget that.”

When Disney first envisioned the park, he imagined a place where parents and children could have fun and make memories together, just as Sayer and her father had. Despite a less than smooth opening day, Disneyland is commemorating its 60th anniversary this year. Although the day of the actual anniversary isn’t for a few months, the park is celebrating its birthday throughout 2015.

Welcoming over 16 million visitors annually, Disneyland continues to be a place where parents come to create magical memories with their children. Mike Sweeney, former Disneyland operations manager in the custodial division, retired this month after 45 years of working at Disneyland and California Adventure. Sweeney supervised and coordinated shifts for Disney cast members called “sweepers,” the people that ensure Disneyland remains clean and litter free.

Sweeney saw Disneyland grow from one amusement park to two. In addition to his responsibilities as the custodial division’s operation manager, he took part in creating the blueprints for Disneyland’s California Adventure, a park that focuses on mimicking all the different cultures, landscapes and aspects of life in California. The park opened on Feb. 8 2001, and Sweeney was there to see it open to the public for the first time. He said that day was the most memorable moment of his career.

“It was just such a feeling of satisfaction, seeing the finished product of something I had worked on for so long with so many people. We were all so proud and excited. It’s something I’ll never forget.”

He said that his favorite part about coming to work every day was knowing the role he played in creating memories for millions of families.

“When someone says ‘I work at Disneyland,’ people automatically assume you do something glamorous, like playing a princess in the parade or something. That’s not what I did. But if you have a good feeling of how you connect to the overall goal, which is to create a magical experience for these families, then its a wonderful thing. It’s upholding tradition and having generations of families come back that made it worthwhile.”

Disneyland is a comfortable, familiar place for many of those who grew up in Southern California. Sayer said watching the park’s evolution has been like watching history unfold right before her eyes. According to Sayer, Disneyland has become a larger than life entity and she feels lucky to be able to say she was there at the very beginning.

“When Walt first opened Disneyland, there were a handful of characters. Mickey, Snow White, and Cinderella,” Sayer said. “Maybe Minnie and Donald, too. Now Disney is known for so much more. They’ve got all these princesses that inspire little girls, and an entire TV channel, too.”

Sayer said she’s loved watching the way Disney’s princesses have changed over the years. She says when she was young all of her friends loved Cinderella, and the idea of Prince Charming sweeping them off their feet. But her granddaughter, Alyssa, 6, worships Elsa from Disney’s 2013 film “Frozen.”

“I’ve watched it with her and I just think it’s a wonderful movie. I love that my granddaughter and her generation has a princess to look up to who saves her sister, instead of being saved by a prince.”

In addition to changing the messages in its recent iconic princess films, Disney has made sure its parks keep up with the times as well. Disneyland’s current ticket price is $155 for a park hopper ticket, which grants guests access to both Disneyland and California Adventure. However, as the ticket price slowly increased over the years, many upgrades were added to both parks. Disneyland originally opened with 20 attractions, 14 of which are still in operation today.

The park currently boasts 83 attractions, including those in California Adventure. The new attractions encompass Disney’s ever growing movie franchises such as Frozen, The Little Mermaid, Finding Nemo, Star Wars and many more. As the Disney empire continues to grow with no end in sight, Disneyland becomes an even more exciting place to visit. Many guests enjoy being able to share the same experience they loved as kids with their children.

Jason and Emma Moore, both Southern California natives, grew up going to Disneyland with their families. When they met in college, going to Disneyland was a staple in their relationship. Now the couple takes their son Spencer, 4, and their daughter Chloe, 2, to the park as a way of spending time together as a family.

“It’s nice to get to share something with Spencer and Chloe that we both loved as kids and see them love it, too,” Emma said.

Jason Moore said he came to Disneyland with his parents and grandparents as a child.

“The park has changed a lot since then. They’ve added some things and removed others. But what’s nice is, no matter how much Disneyland changes, it never seems to change so much that it isn’t the same place it always was. The Disneyland my kids love is the same one I loved as a kid, the same one I love now, and the same one I know my future grand kids will love someday, too.”