The celebration of the SCOTUS decision in favor of same-sex marriage at San Francisco Gay Pride. 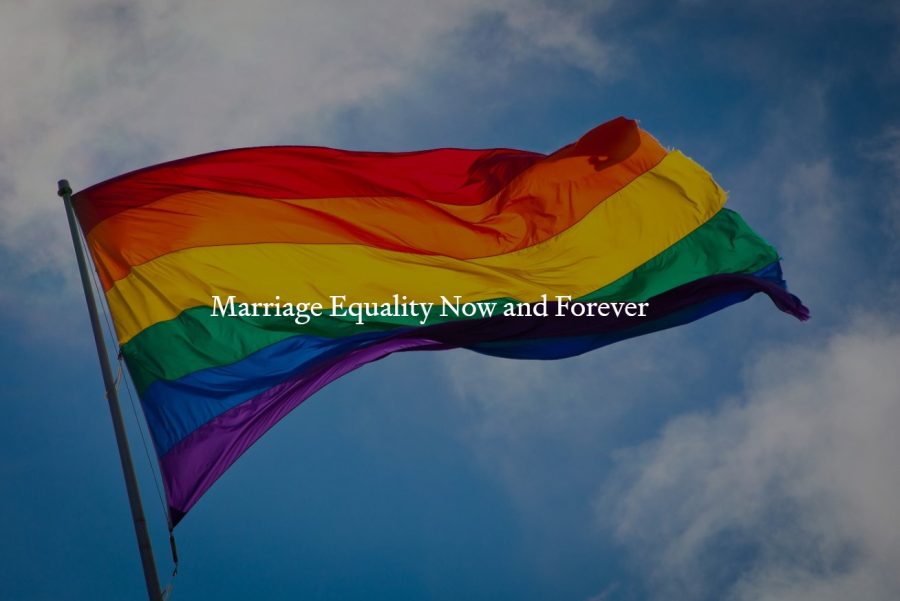 I sat next to a woman who was roughly 56. She was there with her wife and their best friend. She introduced herself simply as Frida. She told me that she had lived in Tennessee her whole life, and what she had experienced as a queer woman.

For her, coming out was difficult. Her family were part of the Church of Jesus Christ of Latter Day Saints — Mormons. She struggled immensely with her sexuality and gender identity growing up. This was her first pride although she and her wife had gotten married in New York a year ago and had been together for nearly 20 years.

She heard the ruling on marriage equality as she got off the plane at SFO. Frida said that the moment she received the text from a friend, she got down and prayed. She prayed to God in thanks for the decision. She prayed for her people accross the nation who were now able to marry the person they loved. And she prayed for all those growing up, that they would see how accepted and loved they are.

We arrived home around 4 a.m. and were dead tired. As we washed the night from our faces and settled into bed, I felt something in my pocket. At first I was confused because I didn’t remember putting anything in there. But as I pulled out my hand I saw a small, scribbled note. It was from Frida, and it read:

This represented exactly what Pride is about. This is what San Francisco has given me. Tomorrow, I will be sailing in the bay with my friend’s two uncles. They are madly in love and overflowing with kindness. For me, that is what marriage means; commitment to the one you love, and a plethora of kindness and love for all those around you. Happy pride my friends.

I was up before my friends as my alarm was still set at 7 a.m. from the previous week. I woke everyone up and was ready to go sailing on the bay with one of my friend’s uncles.

Joe and David are a happily married gay couple from San Francisco. They recently bought a sailboat and joined a gay sailing club. The fleet had docked in the harbor by the AT&T Stadium in celebration of pride. When Joe greeted us at the gate, he explained the rules of the boat and what we should expect. When we got there, David gave us another brief rundown of the rules, and how long we would be out.

The sailboat was gorgeous and the weather was fine. I could see rainbow flags on many of the boats around us. As we left the dock the wind picked up and somehow the atmosphere became lighter. They played some disco, and pop music while my friends and I took turns steering the boat. Joe and David talked about how happy they were, the friends they made in the boat club, and how amazing the ruling in favor of marriage equality was.

When it came time for me to take control of the boat, I panicked. I only lasted ten minutes before handing it off to the next person. As I took my seat next to Joe, I saw something between them.

He was looking at David with such intensity I could feel it radiating off of him. He is in love with David in a way I have never experienced, and I couldn’t help but yearn to have what they have, with my own someone, one day.

They said they were married back when gay marriage was first legalized before Prop. 8. Since then, they had been working hard for other LGBTQ couples to have the same freedom to marry the one that they loved.

After about an hour, we docked once again, and said our goodbyes to Joe and David. It was now time to eat dinner and get ready for the night.

Admittedly it took longer than expected to get ready — especially because we all ended up taking a long nap. By the time we went out it was late and we were nervous about being able to enjoy the celebration. When we arrived out at the Pink Party — the after party for Saturday Pride — I started a dialogue with a police officer.

According to him, the force was out at 80 percent like usual. He told me that he didn’t mind serving and protecting the people of San Francisco. He added that it would be the same on Sunday, and that he knew he would be out there celebrating out of uniform.

Inside the bar we met a lesbian couple and gay couple. They had just gotten engaged, and were celebrating like the rest of us. The music prevented me from hearing all they were saying, but what stuck with me the most was this; both couples said they could not live without their partners.

The night was over, my friends and I got back into the hotel out of energy. While the girls slept, my friend’s fiancé and I talked. He had proposed to her in December of 2014, and they were planning to be married in December of this year. I asked him what he thought about marriage equality and all the excitement of pride. It took him a moment to respond but he said that he doesn’t have too many gay friends. He grew up in a military family, and there wasn’t a lot of talk about gay issues. But then he continued on, and said something that truly struck a cord with me.

“If you love someone the way I love Emily there is no reason not to get married. I can’t imagine not being able to spend the rest of my life with her, and I wouldn’t wish that on anyone.”

He went to bed soon after, and I stayed up looking at various social media. There were a lot of rainbow Facebook photos and tweets in support of LGBTQ persons, and most importantly love. I cried because I was happy, because we won, because someday when I love someone like Kyle loves Emily, no one can tell me I can’t be with him. #Pride weekend in #SanFran is coming to a close but the spirit of equality will march forward #LoveWins #SOSPride pic.twitter.com/4Wdo70hFcp