Single, Educated, and No Plans for Marriage

Millennials are saying “I Don’t” to marriage and “I Do” to loving themselves first. 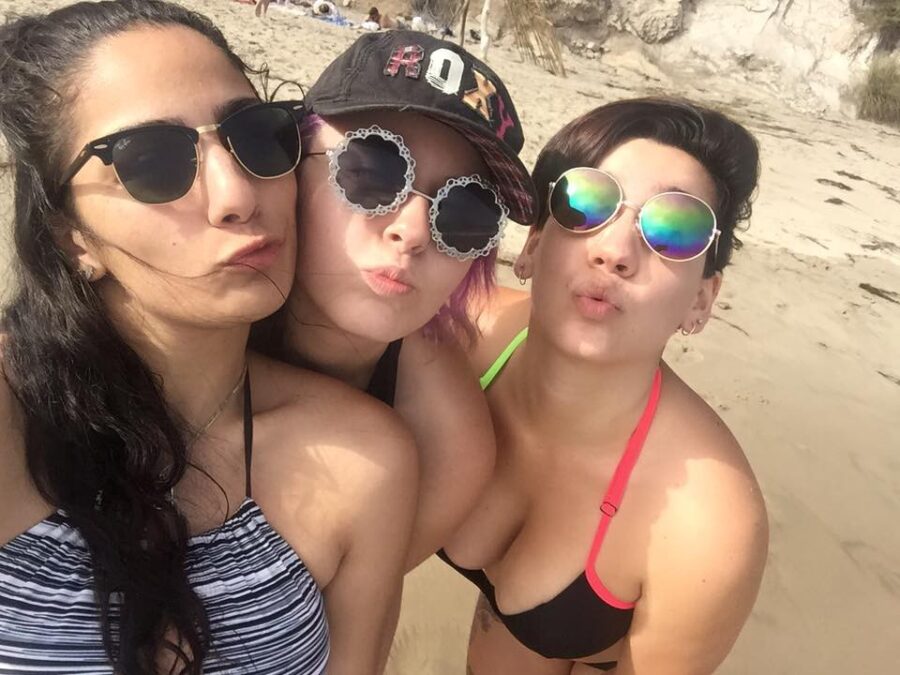 My mother was married at 19 and had her first child at 20. Two decades and a generation later, I am 19 with no boyfriend, no desire to be in a committed relationship, and a life surrounded by other happy couples. But hey, I have two dogs and a Netflix account!

Born and raised in Armenia, my mother and her family moved to America when she was 15. Armenia, then still a part of the Soviet Union, seemed to be an entirely different world with a traditional culture, so different from that of America at the time my mother immigrated here. Yet, my mother was able to quickly adapt to American customs while still keeping her traditional Armenian roots.

She remembers however, that even once she was in the states, there was still pressure to get married before you were 25, specifically to an Armenian man that your family approved of.

“Everyone was getting married. All my friends and cousins were either engaged or married, so I felt like that was what I was supposed to do,” my mom, Narine, 40, explained.

The stress of marrying within your own culture is very real for those of Armenian tradition, and like other traditional cultures, the approval of a chosen mate, as well as the other rules surrounding marriage can be very strict. However, while there is a pressure to marry, and expectations of who you marry, it is nothing close to an arranged marriage.

My grandfathers had been friends since their childhood in Armenia and when they realized that both of their families had immigrated to America, the families grew even closer. This resulted in my parents going on a few dates and eventually getting married. My mother said she was happy that she was marrying someone who respected her, and her family.

“He came from a good family and knew what he wanted in life, so here we are 21 years, three children and a lot of love and happiness later,” my mother said.

Perhaps it was growing up in America, but my link to the traditions of my cultural heritage is not as strong as my parent’s. For as long as I can remember, I have never been interested in having a boyfriend or being in a relationship. Sure, I had my crushes in middle school, and I had photos of the “Twilight” cast hanging in my P.E. locker, but it never piqued my interest to walk through the halls holding a boy’s sweaty hand and sharing an awkward hug between classes.

Fast forward to high school, and I still had the same mindset, except Robert Pattinson and Taylor Lautner were now overshadowed by members of the British boy band, One Direction — Harry Styles specifically.

I’m now about to start my third year of college, and if anything, my desire to have someone to call “babe,” “boo,” or the ever-so-popular “bae,” has plummeted completely. It’s not that I have an immense hate of relationships or fear of commitment, but currently, all I’m interested in is pushing myself to be as successful as possible, with no distractions needed.

The late and great Lucille Ball once said, “I have an everyday religion that works for me. Love yourself first and everything else falls into line.” For me, and others my age, this way of thinking is a way to achieve the successful and independent lives we hope to lead.

Recent Gallup Poll Statistics show that in the U.S. alone, the percentage of young adults, ages 18–29, reported that they are single and not living with a significant other. Within the past decade, that percentage rose from 52 percent in 2004 to 64 percent in 2014. The report states that their data reveal that “young adults are not simply swapping marriage for living together, but rather staying single longer. This doesn’t necessarily mean young adults are staying out of relationships, just that they are less likely to be making the more serious commitment associated with moving in together — whether in marriage or not.”

Damion Julien Rohman, 26, has been in a relationship for six years and attributes the change to twenty-somethings’ desire to figure out what they want from life before they settle down.

“I think that twenty-somethings want to explore, travel, find a career or get to know themselves better before jumping into a commitment,” he said.

Currently a communications major at Arizona State University in Phoenix, Julien-Rohman says that he and his girlfriend plan to wait until they have finished their education to get married. He added that despite the common notions of societal pressures, their plans for the future were not affected by anything other than their own desires.

“It’s not something that is being driven by outside forces. I can’t speak for the world, but as far as I’ve seen those that are headed into a relationship or future with a significant other are doing so at their own pace, with no pressures from media, or even family.”

Yet, there are other indications that may be affecting the societal pressures to marry. Social media usage is engulfing the brains of the younger generation with certain trends and hashtags are going viral within seconds. Take, for example, #RelationshipGoals.

We’ve all seen it. The hashtag is taking over the captions of many a happy couple’s Instagram and Facebook uploads like the plague. But what exactly is a relationship goal? It’s basically a way for girls and guys in relationships to spew their love and, at times, nauseating happiness all over social media in an act to make single people or fellow lovebirds jealous.

Take a picture kissing on the beach with the sunset in the back? #RelationshipGoals. Your boyfriend just surprised you with your favorite Frappuccino from Starbucks at your doorstep with a cute note attached? #RelationshipGoals. Your girl just got you court side tickets to see the Lakers? #RELATIONSHIPGOALS. But in the midst of all these so-called “goals,” the percentage of singles in their twenties has still increased in the last decade.

Some reasons as to why people are choosing to stay single instead of getting tied down early include the plummeting economy of previous years, the raise in prices for a higher education, the “hook up culture,” and expectations from earlier generations.

Time Magazine reported last year that 25 percent of millenneals will never marry. According to the article which cites a recent Pew Research Study, the top three reasons young people are staying single is that 30 percent haven’t found the right person, 27 percent aren’t financially stable enough, and 22 percent and simply not ready to settle down.

Natalie Faris, a 26-year-old graduate from California State Fullerton University, said that excuses such as being too busy, not being financially stable, and the need to focus on work are ridiculous.

“Relationships are defined by commitment and compromise and a lot of people have issues compromising. If you find someone that makes your heart happy, you’ll make it work. I’m still single because I haven’t found someone who is willing to compromise as much as I am.”

Faris has two bachelor’s degrees, one in dance and one in women and gender studies, a job as a dance teacher at Encore Dance Centre in San Dimas, Calif., and a position as art director at a non-profit group in Pasadena, Calif. She said that this does not stop the outside pressure to be in a relationship.

“It’s a truly scary thought to imagine that by the time my parents were my age they had already been together for six years and newly engaged,” Faris said. “There’s a fear that arises when you realize that you’re behind your siblings or parents.”

She added, “Ultimately, people are scared to be alone and our society tells us that the happiest and most fulfilled life is a shared one.”

Whatever ethnic background a person comes from, their culture can shape their outlook on family, marriage and attitude on spousal responsibility.

In my case, as an Armenian surrounded by many generations of traditional family members, I’ve been told I should marry a nice Armenian man, work until I have children, and then stay home and take care of my family. Thankfully, my parents are open to me marrying someone of a different ethnicity and are supportive of my decision to wait to marry until I have finished school and have my own life as an independent person.

The same goes for Jamie Rocha, a 29-year-old communication major at Mt. San Antonio College and preschool teacher. Rocha, who is of Native American and Mexican descent, is a self-proclaimed “free spirit who marches to the beat of her own drum.” She said her parents are supportive of her decision to do what makes her happy. At the moment, that does not include settling down and creating a family.

Rocha said that as a society, we are making progressive changes toward encouraging people to find their own happiness first.

“We still see a lot of judgment from those who may not understand or who have not been fortunate to have an open environment to really explore who they are. You see that with a lot of people who have been sheltered, and come from a culture where they don’t know any other way,” Rocha said.

“I think we are finally seeing that when someone is happy with themselves, it makes way for a more positive life experience and this will seep into their relationships and how they view their environment.”

Film major Alyssa Bascon, 23, said she could be in a relationship if she wanted to but instead plans to wait until she finishes school, gets her degree, lands the job of her dreams, establishes herself as a professional, and has her life together before searching for “The One.”

“Taking care of yourself is hard work. You are the biggest investment of your life. You put in more time, more work, more love into yourself than anyone else, except if you are a parent, and I strongly believe that there is no rush to be in a relationship because relationships are indeed, also something you have to work at,” Bascon said.

Although there will always be outside pressures to marry and settle down, millennials are leading the way for a new generation who see the value in making themselves a priority. Two decades ago, my mother was married and starting a family, but here I am, starting my own life. And that’s a good thing.

Single, in a relationship, black, white, male, female, gay, straight, whoever you may be, you deserve to be loved and the first step is loving yourself. Like Drake once said, “Know yourself, know your worth.”

Header photo: selfie of Talin Hakopyan, left, on the beach in Santa Barbara, Calif. with friends.