Who doesn’t love a good weenie?

There are few things more American than a good old-fashioned hot dog with mustard and ketchup. 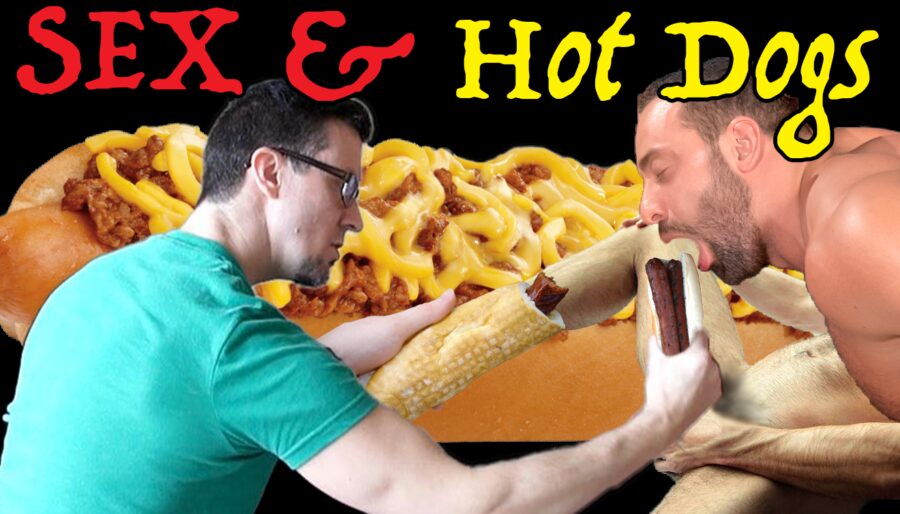 There are few things more American than a good old-fashioned hot dog with mustard and ketchup. For some people, this hodgepodge of unknown meat is generally reserved for outdoor holidays and picnics. However, as of late, there has been a sudden rise in the types of hot dogs that people eat. Even so, we still avoid talking about the mystery meats used or where they came from. Similarly, America has a weird obsession with having sex — but not talking about it. Perhaps this is because, for a long time, to speak of any sexual activity was considered vulgar, even in the bedroom. But if you look close enough, you will find that there are tons of kinky people getting it on in weird places.

I have had sex at the beach, under the pier, in the daytime. I know it sounds risky and perhaps a little messy, but if you do it right — which we did — then you’re good to go. This experience was the first time I tried sex in public, so the thrill is part of what got us both off. I would suggest if you try this to bring a towel or blanket to lay down. For this sexual escapade, I would pair the Hawaiian dog. Since we did it at the beach, what’s better than the sweet and tangy flavors of red onion, pineapple and a touch of barbecue sauce? Of course, you need a bun made from a Hawaiian roll to make it legit.

Next on the list is the confessional at church. Since — according to the Catholic Church — I am already going to hell, I had no qualms about doing this. I know your first question is if it involved a priest. As hot as that would be, it did not. I was dating a guy who is as far from religious as you could possibly get. We managed to sneak in when no one was in the church, but when we finished and were getting ready to leave, a group of people came in and started praying. I still don’t know if they were there for a funeral or not; we saw a hearse when we left. For this sinful tryst, I would suggest a devil dog. Like its name implies, this is one hell-of-a-weenie. Topped with jalapenos, sauerkraut, Sriracha, onions and spicy mustard, it burns so good. Be sure to eat it AFTER you have your escapade; otherwise, oral activity may be uncomfortable. Sinning never tasted so good.

Speaking of hearses…let’s just say it was an interesting experience. Nowadays, I am terrified of these rolling death boxes, but when I was younger, I happened to meet a guy who was into it. Don’t worry, there wasn’t a body inside. Now that I think about it, maybe this is why these things scare me. After raising something other than the dead, get yourself a Zombie Dog. This treat is one of the more “unique” choices. It starts with a day old bun and weenie that has been cut in various places. Top it with chili beans, ketchup, pastrami, relish, and grilled green peppers. You can substitute the day old bun with whole wheat or pumpernickel, if you can find it, to give it the look of a freshly opened grave.

I won’t go into all of the details, but another out of the ordinary place I’ve gotten down is the space behind the screen in a movie theater. It was kind of nerve wracking, and neither my partner nor I were able to maintain our firmness, but it was exciting nonetheless. For this your basic theater dog is what I would suggest. Not only can you enjoy it before and after your escapade, but it also gives you an excuse to be there in the first place. Regular bun, weenie, ketchup, relish, mustard and a sprinkle of popcorn. You may be nervous to try it, but what is life without a little experimenting?

I have always had a thing for guys who do some sort of manual labor. Maybe it’s from growing up around these kinds of men and idolizing their masculinity, but whatever the case, I was elated when I was able to smash with one such guy in a warehouse on a forklift. It was a little tight, no pun intended, but we managed. Bonus points because he was in uniform. How do you match a hot dog to this? The package dog. Sounds a little weird and takes a little longer to make, but boy is it worth it. Get a French roll and hollow it out. Next, pack in your weenie, onions, mayonnaise, sauerkraut and two pieces of bacon. You can use some of the extra bread to seal it up or leave it open; it’s your choice.

Halfway through this list and things are about to get weird. Car sex is so 2009, and it is not so unheard of anymore. But how about sex in a car dealership? This is one place I never thought I’d get it on, but there is a first time for everything. I went to the dealership to get some maintenance done after work. I must have been the last customer because I didn’t see any other people. The mechanic was an older but attractive guy, and while I was waiting, I logged onto grinder and saw him. One message led to another, and after my car was done, we climbed in while it was still in the garage and did the deed. Another tough pairing, but I think this garage dog is worth the time to make. You don’t need much; black beans, sliced tomato, mustard, mayonnaise, bits of bacon, and of course, your grilled weenie. Note that to truly make it a garage dog, you need to have the type of grill marks on the hot dog that makes it look a little like road kill — in a good way.

I love art, and I love museums, but not as much as I love sex and hot dogs. However, I do think it’s weird, in a good way, to screw-around in a museum, which takes fourth place. I was dating this guy several years back. He was artsy and loved to go out to galleries and art houses. It was while at a certain museum that we got a little frisky. I won’t go into too many details, but it involved a yet-to-be-finished-installation, paint, and a security guard. Use your imagination, but I bet it doesn’t even come close. It was exhilarating and increased my love of art. If you’re going to try this out, I would suggest a hipster dog, otherwise known as the “I-ate-it-before-it-was-popular” dog. A whole wheat bun and all beef franks that are free range and organic: you’ll have a slice of tomato, pickle spear, chives, a light sprinkle of spinach, and if you’re feeling extra unique, some garlic aioli.

Books are amazing things. Like John Waters once said, “If you go home with somebody and they don’t have books, don’t fuck them.” I couldn’t agree more, but this isn’t about someone’s home. What about fucking in a bookstore? Not as uncommon as you’d think, but my experience was a little out of the ordinary. It was date-night. I wanted a new book, we were both horny, and bam! We got down in the reference section, which was an open space across from a window. Mind you, the view was a little obstructed, but again, the thrill of being caught was worth it. Your choice for this literary escapade is none other than the unique “Tale of Two Weenies.” As you may have guessed, this dog involves two hot dogs stuck together. Use half all-beef franks, and half turkey dogs. Stick them together with some mayonnaise and top them with sliced tomato, sauerkraut, and chives. If you’re feeling a little wild, you can use two different slices of sausage, but I have not had the pleasure of doing so — yet.

2 — Playing for Both Teams

I am not a big club-goer because: first, I can’t dance, and second, I am too shy to try. But my second most outrageous place I have smashed was in the middle of a club in New York, with a Major League Baseball player. Yup, you read that right. He played in the MLB and is someone who has been rather prominent in the league. Out of respect, I won’t drop his name, but I will say he was a switch-hitter, if you catch my drift. We met in a gay sports bar, got a little tipsy, went to a club, and just did it on the dance floor. Yes, people were all around, and yes, some were watching — but hey, it’s New York freaking City! Now, what better dog to pair this with than a Dodger dog, complete with all the fixings? No, he was not a Dodger, but this dog is probably one of the most recognized in all of MLB. Mustard, onions, ketchup, and relish is all you need for this.

And finally, the weirdest sexcapade I have ever had is probably one that I get the most heat for. I want to be very clear that I am not about breaking the law, but I do think that sometimes certain restrictions on sex are archaic. Anyhow, number one involves a cop. I lived in Seattle for roughly a year, and while I was there, I enjoyed walking around Puget Sound. It was great, especially because I always saw this very attractive cop. I am very open about my sex-life; it is not something I am generally ashamed of. But this experience makes me double think my past decisions. I exchanged numbers with Officer Sexy and got a text from him saying he was on-duty, but had some time to kill if I wanted to meet up. I guess this was his equivalent of “Netflix and chill.” Sparing the fine details, we used his handcuffs, the back of his cruiser, and some very hot role play. This one is still in the spank bank. Since this took place in Seattle, I am going to go with a favorite from the city. Get an all-beef frank, regular bun, toasted, and top it with sour cream, chives, pickle spears, avocado, and if you’re feeling wild, try some jalapeño: a green hot dog for the Emerald City.

If you have some suggestions on wild places to get down, interesting hot dogs, or you think I’m a freak — give us some feedback. Write a response and give us your thoughts on my being a THOT.