An Obsession with Adult Toys

LEGO, Nintendo, and other gaming companies are attracting kids at heart with their toys-to-life games. 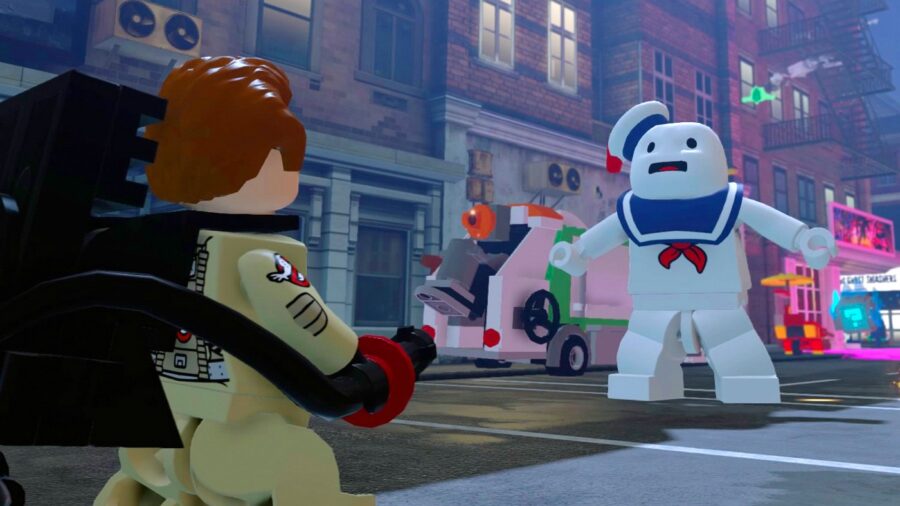 Aquaman, Marty McFly, Krusty the Clown, and the Stay Puft Marshmallow Man walk into Minas Tirith to fight the Riddler and GLaDOS. Soon Unikitty joins them, riding in inside the Mystery Machine, while the Doctor flies in on one of the Wicked Witch of the West’s flying monkeys.

This is the oddity of LEGO Dimensions, the toys-to-life game that somehow appeals to adults and children alike with its absurd, highly detailed mashup. What?

This bizarre and brilliant combination is no accident, and clearly doesn’t just appeal to the average 10 year-old. So how did it happen?

Toys for Bob, a video game developer owned by Activision, had a revolutionary project in mind: taking toys and bringing them to life in video games. They had a face to sell their idea, the long retired Spyro the dragon, and Activision’s full support, but wanted additional help. They went to Nintendo wanting to work with them on the project. With Nintendo’s notoriously outside-the-box game design, family friendly characters, and being known for doing the revolutionary and the unexpected, they were viewed as the perfect partner on this venture. Spyro on the Skylanders Portal

Activision ended up working on the project by themselves and Skylanders: Spyro’s Adventure was born. The game was a runaway success. the cute and child friendly world, coupled with great character design sent children and their parents throwing money at any store selling some of the more rare characters. Since then Activision has released a new Skylanders game each year, building on their immensely successful formula.

Disney saw the brilliance of the formula, and in 2013 Disney Infinity was launched. Taking the toys-to-life gameplay of Skylanders, the creative elements of Minecraft, and their own massive character library, they created something very unique that also got children excited. This creative sandbox, filled with characters from Frozen, Wreck it Ralph, Toy Story, and more, raked in tons of money for Disney and made the top of many kids’ Christmas lists. Now with two sequels, Disney has expanded upon the original game to include Marvel and Star Wars characters.

At some point, Nintendo realized the sizable error they had made in not partnering with Activision. In 2014, Nintendo began releasing their first Amiibo figures. Highly detailed statue figures that work in more than just one game series, many Amiibo immediately became scarce, driving the market for these in-demand figurines. Adult fans instantly became obsessed. Many even began waiting in lines outside of Target stores during the middle of the night to purchase a Rosalina or hitting refresh on Amazon until their fingers cramped, just for a chance at Palutena.

This year, Nintendo finally partnered with Activision to have a couple of their Amiibo figures appear in the latest Skylanders game. Donkey Kong and Bowser can now run around Skylands, but it’s perplexing to think how different the story would have gone if Nintendo had jumped on it sooner.

Now with all these success stories, is there room for competition in this already over saturated market?

Cue LEGO Dimensions, possibly the most ambitious of all.

Rather than being confined to just the character properties owned by LEGO, LEGO Dimensions expanded the reach of the game even further. Everything from The Wizard of Oz and Back to the Future, to Portal and Doctor Who. to Ghostbusters and The Simpsons made their way in what is surely the most extravagant crossover ever conceived.

The game boasts just about the most incredible voice cast ever assembled for a video game. Everyone from Chris Pratt to Michael J. Fox voice the blocky versions of themselves. The list trails into infamy, far too long and spectacular to even begin. Just take a glance at the IMDB page, it’s impressive and mind-boggling.

While all of the other toys-to-life games work through statuette figures of their characters, LEGO uses real LEGO bricks and minifigs that work just fine without the game, giving them much more value and longevity. These real LEGO minifigures and models don’t just sit lifeless on a “portal” or get swiped across a Gamepad, but instead are actively involved in game, where they are picked up and moved around. Though it’s not required, LEGO Dimensions even tells you to take apart and rebuild the LEGO models throughout the game.

What takes LEGO Dimensions a step even further though is the extreme attention to detail they paid. The Doctor complains about how long it takes to get the DeLorean up to 88 miles per hour. If you take the Doctor’s TARDIS into Mr. Burns office from the Simpsons, you can travel to Bedrock from the Flinstones.

Full open worlds exist for every brand, including replicas of Hill Valley, Aperture Science, Springfield, Middle Earth, and Gotham. There are so many intricate details to please the most diehard of fans. For example, Portal, possibly one of the less popular licenses among kids, has been integrated fully into the game to the point that LEGO Dimensions closes with a brand new GLaDOS song from Jonathan Coulton. There is even an obscure reference to Dan Harmon’s Community.

This insane fan-pleasing may make some kids in the know smile, but the clear target here is adults and teenagers deeply invested in these properties. Heck, even many of the chosen included brands, like Ghostbusters, Back to the Future, and Midway Arcade, are rooted in the 80s.

The line now fully blurred between children’s toys and a game designed to please adults, LEGO Dimensions has emerged as a fantastic family game. Whether it is for you, your kids, or your younger siblings, LEGO Dimensions has actually been able to create something for everyone, and it is representative of the awesome progression of the toys-to-life medium into something much more special.