Why it sucks a lot less than you think. 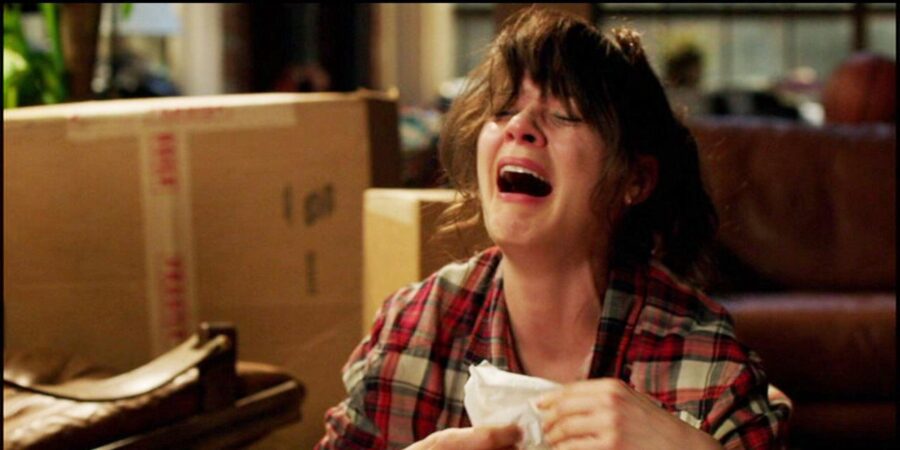 It’s here. The season you have been dreading since the year began. Valentine’s Day is back, and it drags with it the blatant, airplane-writing-in-the-sky reminder of your singleness.

You go to the store and countless shelves strategically placed on every single aisle shout at you from their pink and red plastic pedestals, that now is the season of love. So why are you alone?

Take a trip to the movies to see the Indy film that only you are into, and the pimply teenager serving your popcorn says, “Hey Bree, all alone, again?” You order your takeout and are offered a discount on the “Lover’s Special” — which is basically the number three that you order anyway, but because of this stupid holiday it’s now discounted since it is the perfect amount of food for a dinner for two. Which makes you feel fat and alone.

In the break room of your office building, the “singing Cupid” candy grams, HR’s latest reason for you to hate having to work during holiday seasons, has arrived and begin their glorious stream of love songs for those who have a ‘secret admirer’ who purchased a song for them. As each stupid Cupid files in, handing nearly every person a chocolate rose before belting out a few lines, you realize that nearly the entire break room has received a song. This makes what is coming next all the more awkward: there’s no song for you, Gretchen Wieners, because you’re single and alone, and this holiday is filled with constant reminders that being alone sucks.

It’s the same thing we have faced every year since it stopped being required to bring a card for everyone in the class. Single girls, and guys, are undeniably excluded from the Valentine’s hullabaloo. And while at first you may think to yourself, “Thank God for that,” the overwhelming sea of pink and red crap that reminds you over and over and over again that you are alone, yet again, on a holiday that appears to be exclusive to couples, begins to bring you down a few notches.

Let’s be honest. No one actually likes Valentine’s Day unless they’re in a relationship, and even then, it’s more of a hassle than a day of celebration. The last minute buzz and ultimate shopping blitz that the holiday is notorious for proves that Valentine’s Day is really more about consumerism than love. Everyone knows this. Single people know this. People in relationships know this.

But for the individuals in relationships, Valentine’s Day offers one thing that keeps the holiday from ever truly being called out as the crock of sap that it really is. Because for couples, Valentine’s Day isn’t just a holiday to celebrate love. No, Valentine’s Day is the day that couples get to walk the streets, ultimately superior, for no other reason other than they are not single.

It is an accepted excuse to glaringly boast to the rest of the world, but mostly to all of their single friends, that they have someone and you don’t. Nya nya nya nya nya nya.

Which is why you might find yourself in a bit of a conundrum: you can’t hate Valentine’s Day or call it out as a consumeristic crock of a holiday or you become a cynic. But it is, at the same time, actually a consumeristic crock of a holiday that works to make you feel like shit because you aren’t currently involved with someone else, like you apparently should be. How can you not hate Valentine’s Day when it’s fairly clear that it hates you?

I, however, would prefer to propose an alternate way of looking at this full-of-shit holiday. Perhaps, being single is the best way to get through the day of love.

When you really think about it, the more Valentine’s vomit you face on the daily — from special menus for two, pink colored candies, and of course the overwhelming flood of advertisements telling you exactly how to prove your love to that cute guy you’ve been eyeballing — the more you realize that Valentine’s Day, while it is an indirect assault on your high ranked position in Singlesville, is actually a beam of direct pressure for those in relationships. This in itself should be enough for you to thank your lucky stars and revert back to your old sentiment of “Thank God, I’m single.”

As it stands, Valentine’s Day is one of the largest celebrated holidays in the United States. On average, American saps spend over $20 billion each year on gifts for their perspective ‘true loves.’

Twenty percent of these devoted lovers will also splurge on expensive jewelry, and six million will all, in a stroke of originality, decide to present their loves with a particularly special piece of worthless rock, known as a diamond, as Cupid unleashes an arrow of matrimony.

As America’s men rush to take part in the notorious last-minute shopping blitz that the holiday is famous for, buying one of the 35 million heart-shaped boxes sold for the holiday in addition to 12 of the 220 million roses grown for and sold as tokens of one’s undying devotion, women must spend the day anxiously waiting, praying that this time their partner got it right and will go beyond Netflix and Chill.

As any woman will tell you, all a heroine in a romance needs to do is wait for their princes, knights in shining armor, not-as-attractive-but-funny co-stars to ride in on white horse or brightly colored hybrid, and woo, dammit.

Because that’s what we have been taught our entire lives. According to every romance novel, film, or ad campaign, all women are beautiful damsels in distress who must patiently await their handsome hero to rescue them from the doldrums of a single life.

Even with feminism on the rise, the underlying notion of waiting for a Prince Charming, a perfect man, a soulmate to whisk you off into the sunset is still an incredibly persuasive fantasy.

This notion is in fact such a serious factor in our relationships that sociologists and other social scientists have begun developing theories on the consequences of the romantic fairytale on modern day human mating.

From Cinderella to Elizabeth Bennett, it’s an unspoken rule in romantic fiction that even the most badass female is basically a damsel, albeit secretly, waiting for her prince. And that rule is rarely broken, save for a few exceptions.

One of those exceptions, is a childhood favorite of mine; an offbeat mid-90s film, The Swan Princess, a musical adaptation of Swan Lake that gives us the briefest of clear views directly into the problems of fairytales, love, and the romantic gesture.

Our story begins with a young Odette and Derek in a musical montage, of course, as the two are introduced as children who have been arranged to be married by their parents. As the two explain via song, that they have been, against their wishes, forced to spend every summer together in an attempt for them to grow up and fall in love due to mere proximity and the attractive features they will eventually develop — because in fiction, that’s all that is necessary for a strong romantic connection. As the song concludes, “She started out as such an ugly duckling…but somehow suddenly became a swan.” Right. “Arrange the marriage!” Derek’s in love.

Except, blessedly, as the montage comes to an end, the beautiful Odette, in a moment of pure common sense, asks several pointed questions: “Why [do you suddenly want to marry me?]”, “Surely beauty is not all that matters to you?” and my favorite, “What else [about me, do you love]?” To which the incredibly princely, but effortlessly imbecilic, Derek responds…wait for it…

“What else is there?”

The writers did everything right in a single song! The couple is attractive, close, they dance, the lights around them change and set the mood, they have a perfect kiss and then…Derek says those four fateful words, “What else is there?”

Perhaps this simple line, which belongs in a book titled How to Offend Women in Five Syllables or Less, is actually one of the main reasons I still love this movie. Perhaps in a stroke of coincidental brilliance, Derek’s flub of a marriage proposal actually works to display the major problem with all romantic fiction.

Aside from attractiveness, proximity, mood music/lighting, and that “knee-buckling” moment of instantaneous attraction that sparks undying devotion and everlasting love, what else is there to the fairytale romances depicted by modern cinema and romantic novels of which American society has built their understanding of romantic love?

As a connoisseur of all things romance I can assure you there isn’t much else. Which is probably why despite the billions that are spent on heart-shaped boxes of chocolates and dozens of roses, so many people seem to fail at Valentine’s Day and at replicating any semblance of the kind of love story depicted in fiction.

After all, as all young women learn as soon as they leave the comforts of cinematic fantasy, real men in the real world do not seem to notice the exact way you bite your lip or the crinkle above your nose or your many different smiles and what they’re for, on the daily. Because, quite frankly, men don’t care about that kind of crap. Women do.

Women everywhere know this. It’s common knowledge that men in the real world pale in comparison to those of the fictional heroes of our dreams because real men are nothing like fictional men. Most certainly, considering that all of the best male leads in romantic fiction were written by women. We all understand that ‘love’ as we understand it, was concocted in fantasy rather than something that exists in reality.

Yet the fact remains, despite knowing that our vision of romance was in fact created by men like Don Draper to sell nylons, that many of us are all still secretly waiting for the fantasy to come true. Women are waiting for their own steadfast Mr. Darcy to come in and sweep them off their feet despite their Elizabeth Bennett-esque cynicism.

We want the fairytale that we were promised since childhood and continually told that we could have if we just remained patient. The prince to our princess, the Harry to our Sally.

However, because we cannot logically make that fairytale a reality in the long-term, women have settled for demanding it on several pertinent occasions: the first three dates, the proposal, her wedding day, the anniversary, and Valentine’s Day. And American advertisers have taken advantage of this in a big way.

In having concocted our understanding of love from fictional romances, Americans have effectively made themselves susceptible to every ridiculous commercial that is thrown their way. We can never recreate the formula for ‘true love,’ ‘romance,’ or the ‘perfect love story’ but various advertisers tell us we can if we just buy the right perfume.

So if you are one of the 96 million single people in the United States, consider yourselves lucky that Valentine’s Day is not about you. For while you may have had to stand the boasted happiness of thousands of smug, married couples, the cascading shelves of pink-colored crap, and reiterate to Mr. Wong that yes, your goddamn Chinese takeout order is just for one, again, you were not forced into believing you had to buy the happiness of someone you love.

As the coupled half of America all rush to purchase their loved one’s affections through a single unoriginal card, flowers, and calorie rich chocolates, you have the incredible privilege of standing on your own, in charge of your own happiness, free from the burden of making someone else’s fantasy come true, and of buying your own normal-colored chocolates for no other reason than that you want to eat chocolate, Goddammit.