So You Graduated… Now What? 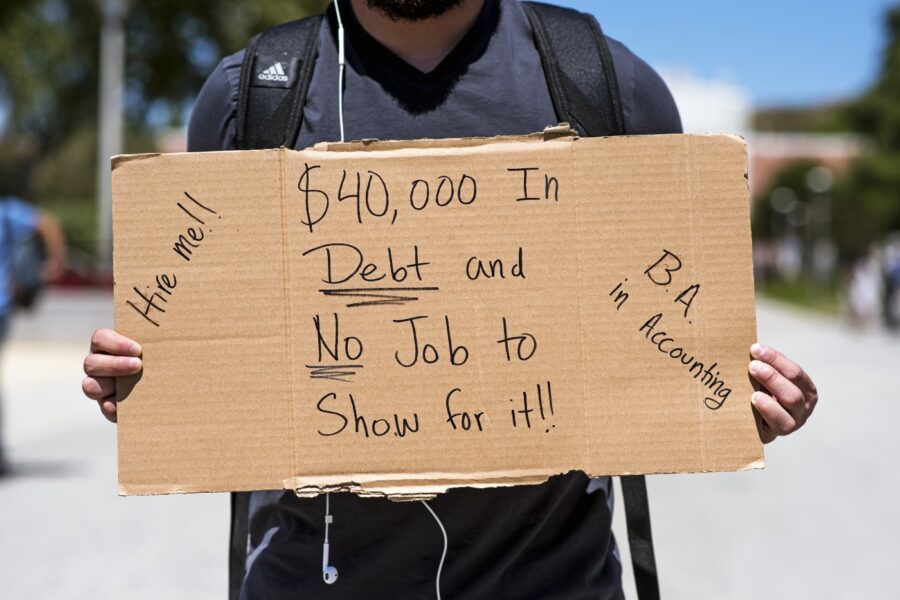 It’s graduation time and everyone is dressed in their school colors, excited for the future. Their caps are decorated with awesome, imaginative works of art meant to distinguish themselves from classmates. They get their diplomas and proceed to celebrate with friends and family.

Fast-forward six months and they’re sending out countless resumes, spending hours filling out applications, and receiving tons of rejection letters. They read something along the lines of “thank you for your application, however you do not meet the criteria we are looking for….” More so, when companies are looking to hire they emphasize the amount of work experience with how much experience an applicant will gain from the job. But little to no pay.

More common in the creative sectors, publications are notorious for seeking young writers and artists to create content for their sites offering the chance to reach a global audience. What they do not offer however is a way for these content creators to make a living. Yes, a global audience is great, but all creatives know that making content isn’t easy. And to be asked to do it for free while simultaneously being expected to have X-amount of years under the belt is frustrating, and it’s forcing young people into jobs that pay minimum wage and do not require the degree they spent years working toward.

This is the case with Emily Sanchez, a loan processor. Sanchez, who graduated with a bachelors in Anthropology from U.C. Santa Barbara, said she has been unable to find work in her field of study.

“It sucks to know that my degree isn’t worth much at this point, especially considering I was on the deans list,” said Sanchez. “I worked so hard to get through college and I can’t even find a fucking job.”

According to Sanchez, when she first began applying for jobs she received calls and letters from potential employers saying that she did not have enough experience for the position, despite some being entry level.

“I was looking into human resources actually, basic stuff like an assistant or whatever but they told me I needed at least four years experience in a similar position. I don’t know how they expect a new college grad to get that experience if you need the experience first. It doesn’t make sense.”

This is what Sanchez said prompted her to look for a job outside of her field. In May of 2015 Sanchez applied to be a loan processor at an equity firm because of the pay. During the application however, there was still a requirement she did not meet; two years banking experience. How did she over come this hurdle? She lied.

“Honestly I probably shouldn’t say this, but I lied about it. I said I worked at a bank, I figured I could learn anything I needed on YouTube.” Sanchez added that she has yet to use any of the required “experience.”

But is it really that difficult for millennials to find post-collegiate work? According to the Economy Policy Institute, unemployment rates for college grads is holding steady at 7.7 percent, up from 5.5 in 2007, and underemployment is 14.9 percent compared to 9.6 in 2007. However the U.S. Department of Labor, Bureau of Labor Statistics reports that the 2015 unemployment rate for millennials ages 20–24 was a staggering 9.6 percent compared to 5.4 percent for persons 25–34.

What does this mean for millennials entering the work force? “Be the biggest, baddest fish in the sea,” said Emmanuel Garcia, a recruiter for an IT firm. “We get a ton of people sending applications and they are all the same. But when it gets down to it, we want people who can do more for less. It sucks to say, but that’s the game now. If you can’t do everything you might as well know nothing.”

Situations like this have led to a rise in easy-money “opportunities.” One example is the LifeLine program which offers free phones to low-income residents. Ads are posted on Craigslist, Facebook, and other sites seeking customer service reps and offering weekly pay. Sometimes these ads come with some sort of phrasing along the lines of, “make up to $2,000 a week!!!”

The truth, however, is that these customer service representatives are similar to door-to-door salesmen signing people up for free government phones. And the $2,000 a week is based solely on commission and how many people can be registered for the program.

“It’s not surprising to hear that that is happening, especially since so many people are looking for steady work. What you have then is a pool of desperate people being fooled by individuals who are also looking to make a quick buck, but dishonestly,” said Garcia.

According to Garcia, it is easier to hire a new graduate looking for experience rather than a seasoned employee seeking better pay. These kinds of tactics are what many writers, artists, musicians, and the like fall prey to.

A simple search on Craigslist will pull up job opportunities, but they are often only seeking creatives willing to work for experience or exposure but not be paid.

One such example is actor/writer Will Wheaton. According to his site, wilwheaton.net, he was approached by the Huffington Post and asked if the site could republish one of his works. Wheaton wrote that when he asked what contributors are paid, he received an answer many writers are familiar with: “Unfortunately, we’re unable to financially compensate our bloggers at this time. Most bloggers find value in the unique platform and reach our site provides, but we completely understand if that makes blogging with us impossible.”

His response? He said no. However he understands that he is not in a similar place as new writers. “I’m very lucky to not need exposure or ‘reach’ or anything like that, at least not right now and not this way. I’m also very lucky to be able to walk away from things like this because I believe it’s the right thing to do.”

However, most new creatives are not as lucky and thus take jobs that they believe may help their career. Fe Nguyen is currently in that situation. Nguyen said that after she graduated from CalArts, she felt pressured into taking jobs simply for the exposure to help her career all while working her minimum-wage job.

“I am an artist, a graphic designer and I know how to do great work. I have spent so long perfecting my craft that I feel I need to at least give it a shot. Yeah it sucks working retail every weekend and doing freelance design jobs for nothing, but at least my name is getting out there.”

Nguyen said she won’t be working for free much longer because she now feels she is being taken advantage of.

“People who know me and my work, they seem to try and get me to do things for free just because we’re friends. I feel bad for charging, but I need to eat too.”