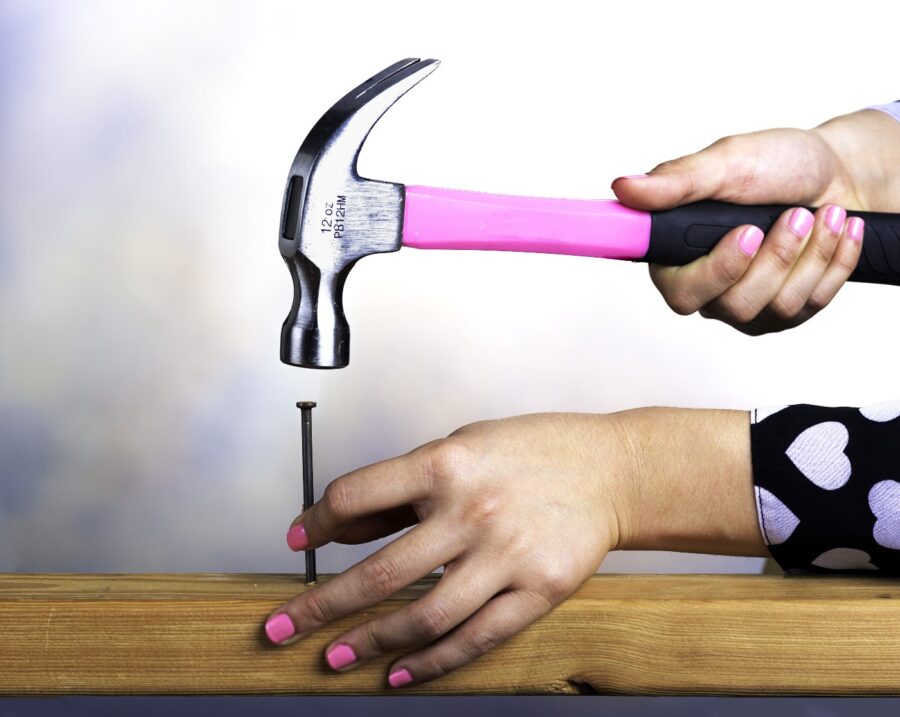 We’ve been hearing it for years now.

Society, the media, and our designated feminist icon are all but screaming about the unfairness of current societal restrictions in regards to the female population.

From the recent uproar over the “tampon tax” — the taxation of a female necessity under the guise that it is a “luxury” item — to the way female actors are over-sexualized in film. The air, and our Facebook feeds are all but doused with the genuinely disturbing displays of sexual inequalities that continue to exist within our supposedly forward-thinking society.

But is anybody actually listening?

Because for years, people have been talking about how unfair the gender gap is and yet blatant sexism appears regularly. Unchecked, unnoticed, and for the most part unchanged.

In addition to things like the “tampon tax,” there are many everyday luxuries afforded to men that are denied to women. Take the “pink tax,” for example, which refers to the extra money women pay for similar products that are exactly like those sold for men but are simply pink.

According to Listen Money Matters, women pay roughly $1,300 more per year for these products than men do.

Amber Velasquez recently noticed this difference after a friend told her that a men’s razor would last longer and was cheaper than the women’s razors she had regularly been purchasing.

“My friend was shopping with me and was like ‘Why are you paying $7.50 for a razor when the same thing for a guy costs like $4? It’s the same thing.’ So I gave it a try.”

Velasquez said she was impressed with how well the razor worked and how long it lasted. She says she now exclusively buys razors and shaving cream that are marketed to men, and has branched out to buying unscented male deodorant.

“I get just plain deodorant for like $2, where as it would cost me $4 to have my underarms smell like a flower. The guy’s deodorant does a much better job in stopping sweat anyway.”

However, the “pink tax” only scratches the surface of much deeper examples of inequality.

Men are notorious for catcalling and gawking at attractive women. So much so that if an attractive woman walks past a group of men, it is almost guaranteed that at least one will ogle her, or yell some kind of comment about her appearance, and even if not acceptable, it is still expected — almost tradition.

Damien Falkner, agriculture major, says catcalling was a part of growing up in his family.

“Whenever I’d hang out with my dad or my uncles as a kid, they’d go nuts when they saw a woman they thought was hot. They’d publicly stare at her breasts or her ass as she walked by, or say something like ‘Hey hot mama!’ as she walked by. Then they’d high five each other and laugh.”

Falkner says he was taught that catcalling at an attractive woman was an acceptable, and even encouraged, way of exerting his masculinity, and his dominance over women.

Falkner revealed that he thought it was something he was just supposed to do. That is, until one of his friends catcalled at a girl in their high school hallway.

“I did it as a teenager,” he said. “The girl turned around, wide-eyed and horrified. It was my 14-year-old little sister. She just looked like a deer in the headlights.”

Falkner said he told his friend that what he said “wasn’t cool,” but it wasn’t until he got home that he really realized the error of his ways.

“My sister told me that my friend’s comments made her feel like a piece of meat. Like she wasn’t a person, just a sexual object there for men. I felt awful. No one should ever feel like they’re here to be a plaything for someone else.”

In a video by Gothamist, men explain why they catcall at women. The most common answer seems to be simple: because they can.

One teenage boy commented in the video that “if a girl comes out with tight leggings and you can see something back there — I’m saying something.” Another man even went so far as to claim that it is his right as an American citizen to catcall because it is a “freedom of speech.”

But if men catcall at women simply because they can, why don’t more women feel the need to do the same to men?

According to Melanie Marquez, a liberal arts major at Cal State Long Beach, it’s because she hates it when men do it to her. “I hate it. I really do. It makes me feel like an object,” she said. “So why would I ever want to inflict that upon someone else?”

Yet it is clear that is how society sees women: as objects.

The problem, according to Reena N. Glazer, who wrote the Duke Law Journal article “Women’s Body Image and The Law,” is that even our laws treat the female bodies as objects.

For instance, laws that prohibit women from taking off their shirts in places where men would be allowed to, such as the beach, are tailored to any viewers that may be around and the reaction that men may have to seeing a woman’s bare breasts.

The same logic, then, can be applied to the many, many stories over the years that have enraged the Internet regarding how schools are policing young women’s bodies with their overly strict dress codes and sending them home for wearing perfectly acceptable outfits.

The general reasoning for overly strict school dress codes seems to be to keep male students and teachers from becoming “distracted” by female students’ bodies.

Male teachers (i.e. fully grown men) getting distracted by teenage girls’ bodies is creepy enough. Telling young women that it is their responsibility to make sure their male counterparts are not distracted by their bodies also sends a message to them:

Kelly Teegan, a senior at Jefferson High School in Mississippi, says she was sent home for wearing a skirt that was too short during her freshman year of high school. “The rule is that the skirt has to be longer than your fingertips, which is whatever,” she said.

“The skirt was longer than my fingertips, so my mom let me wear it to school. The problem was one of my teachers noticed some creepy guy was staring at my legs and sent me to the office. The school made me call my mom to bring me a pair of pants on a day where it was over 100 degrees, even though the skirt didn’t technically violate any rules, just because some guy may have been distracted by my bare legs.”

Teegan questioned her school as to why they were teaching her and her fellow female students that it was their responsibility to make sure the male students weren’t distracted, instead of punishing the boy who was ogling her.

The school responded by telling her mother that it is “the responsibility of every student to ensure a safe, distraction free learning environment for themselves and other students.”

Teegan also said that while the school dress code for females was nearly two pages long in the student handbook, the dress code for males barely covered half a page.

While it is typically illegal in most states for a woman to be topless in public, men are regularly allowed to be completely shirtless without any comparable consequence. The only exceptions to these laws are businesses that display a “no shirt, no shoes, no service,” sign. Even then, the worst consequence for a shirtless man would be being asked to leave, whereas a topless woman would be arrested before she even exited her vehicle.

Maria Quinonez, 31, mother of two, says that she doesn’t think that women should be able to go topless, but that it’s probably just a product of what society has told her is right.

“I wouldn’t do it,” said Quinonez. “But, when my kids were breastfeeding, I remember how annoying it was that I felt that I had to go to the restroom or out to the car to feed my child, whereas a man can walk in shirtless and nobody gives him a second glance. So, I’m sure if I had been raised with the mentality that a topless woman isn’t a sexual object, like they have in a lot of countries in Europe, I’d think it’s normal and go topless when I could.”

Except this isn’t Europe and our society has not fully accepted female nudity from a non-sexual perspective. Because society has dictated that female nudity is sexually distracting. Society has deemed it necessary to hold women to different, more restrictive standards than men.

Yet even in the sweltering heat in the middle of the summer when it is most tempting to take your shirt off, if you’re a woman, you should think twice.

You could spend the rest of your day in jail while your neighbor continues watering his lawn in nothing but his boxers.