Column: The life and times of a single 20-something. 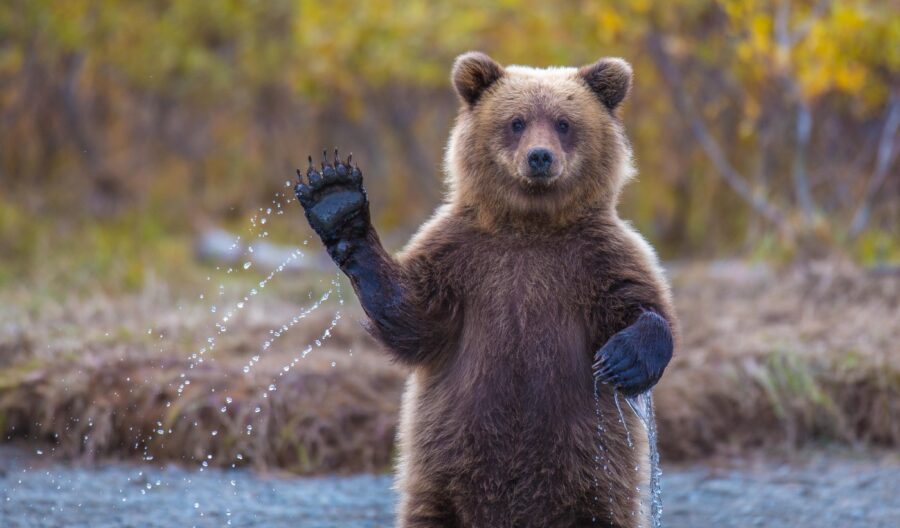 Oh, spring. A time when all animals seem to couple up and make out directly in front of you. No seriously. I’m talking to you staircase kissers, can’t you simply move over the three feet to the left of the stairway so that the rest of us — who always, without fail, seem to be directly behind you on our way to class — can pass by? No? Fantastic. Proceed then. I’ll just sit here and wait the 30 seconds for you two to swap saliva. It’s cool. Thanks for the show, I guess.

They say that you always want what you don’t have, to which I always wonder…who the fuck are “they” and what do they know about anything? Which then leads to me feeling a tad taken aback by my own fury.

Self, is everything okay?

I’ve recently found myself being instinctively hateful around happy couples. It’s like schadenfreude, the German word for when you take pleasure from someone else’s misfortune, except the opposite: I am mostly disgusted by cute displays of romantic coupling, and lucky for me, they’re everywhere.

You’re happy, I hate you

I’m not sure if it’s one of those things that once you notice it the first time. You. Can’t. Stop. Noticing.

Because they’re everywhere. Kissing in front of me on the stairs. Randomly making out while I try to explain the specs of the television that they’re interested in. Canoodling in the line at checkout. Staring into each other’s eyes in the car directly in front of me at the stop light.

And not just strangers, friends and family too. Everyone around me seems to be somehow attached to another someone, and they just cant wait to show the world how fracking amazing it is to be together.

Newly in love, moving in together, getting married, buying houses, and sharing a joint Facebook account. They have all become one. Two people taking up a single introduction.

But I’m still single, and apparently that makes me weird AF

The strange thing is that I had grown so used to my role as the “single friend.”

When I was younger, I was never really concerned with boys. At least, not in the same way that all of my friends seemed to be. While my girl friends and boy friends quickly began experimenting with each other, I quickly began understanding how to comfortably manage their relationship from my position on the sidelines as the designated third wheel, or fifth wheel, and so on.

Before I knew it, I was in high school and the only boys I had crushes on were fictional and existed solely in my mind, a book, or my television.

Yet at the same time, an impossible intake of romcoms, issues of Cosmo, and after years spent listening and counseling so many of these same friends throughout their relationships, I felt like on an expert on everything there was to know about dating, romance, and relationships.

It was like I completely understood all of the rules of relationships without ever having been in one.

So when I finally took an interest in someone, it should have been easy right? Wrong.

In the time when I was comfortably seated on my throne of intentional singlehood, I had missed a significant change in the dating world. So the problem was not so much a lack of knowledge, but a change in the rules.

Somehow even the word “date” had turned into something taboo and a suggestion for one, could acceptably send a guy running. Because our generation no longer dates. Oh no. We are the generation that talks.

Because dating indicates that you like someone, and no one likes anyone these days. That indicates that some form of a commitment may form afterward, and there are expectations with dates. Talking on the other hand, is just that, we’re just talking. No commitment, no obligations. Just fucking talking.

If that isn’t symbolic of some greater flaw in what’s wrong with our generation, I don’t know what is. Within a few years, we had shifted from dinner-and-a-movie to the dreaded Netflix-and-chill.

Because, none of us are actually supposed to express feelings for another person. Were all just supposed to be super casual and cool. And liking someone and actually admitting that you have, heaven forbid, feelings for that someone, is definitely not casual or cool.

Which means that we’re all just sort of out there, pretending to not actually want a relationship with another person, while simultaneously, secretly, wishing that by some incredible chance, the person you’re currently talking to, is actually into you beyond just being DTF.

But having casual sex is only acceptable as long as you’re a dude. If you’re a woman having casual sex, you’re a sad and lonely slut who will never find happiness. So stop messing around, pull your shit together, and find a nice man to settle down with! Easier said than done.

Currently, most of the guys I’ve been meeting as of late, leave a lot to be desired. Honestly, the minimal amount of effort now acceptable to exert in a guy’s endeavor to charm a person, is appalling. Like guys in high school who invited me to their place to “study,” and whose mom’s made me cookies, exerted more energy than you, a grown ass man trying to win my grown ass woman’s heart. Or ass. Or whatever.

You know you’ve reached a pivotal point when your parents seem to be more concerned about your love life — or lack thereof — than you are.

Oddly, my entire life was spent continuously being told that I would not date until I was 16, then it was until after I graduated and so on. However, now that I’m digging my way through my early 20s and still have yet to have a serious boyfriend, the rentals are getting more than just a little worried.

My dad, a constant worrier over my current single status, whose comments about such things seem like they’re coming from a dirty version of a Jane Austin novel, turned to me one day and said, “When are you gonna get yourself out there? Are you going to live with me forever? Is this like…what happens to fathers who can’t marry their kids off?”

Initially I thought he was just kidding around because there was no way my father was actually concerned about marrying me off like this was the 1800s, right? Right?!

“I mean I totally understand and support your independence,” he continued as he perused the fridge for the ingredients that would make that night’s dinner.

“I just worry that you’re going to fall in love with the first one you sit on, ya’ know?”

“Ew, Dad! Seriously?!” I said, still trying to believe that my father and I were not actually about to talk about my sex life.

“Well, you know. You gotta play the field some more. At least go on dates! Something,” he said as he finally decided on chicken for dinner, and pulled the poultry from the fridge.

I had thought he was done at that point and had returned to my romance novel when I caught him shuffling, digging his free hand into his pockets as if looking for something.

“Here’s some money,” he said handing me the cash. “Go to the grocery store. Maybe you’ll meet someone there.”

From my perch on the kitchen counter, I put down my romance novel, and looked him directly in the eye. “Did you just give me money to go out and find a husband?”

“Not a husband! See this is what I mean. Just a ‘someone.’ Go meet someone! Anyone! Get out of the house! Go on dates. How do you expect to find someone by sitting your ass on my kitchen counters reading about someone else’s fictional relationship?”

This is actually the cleaned up version of what my dad said as he tends to curse and use dirty euphemisms for things, but you get the point.

The thing was, aside from the fact that the whole ‘meet a guy at the grocery store’ was utterly hilarious and such a clear example that it had been a while since my dad had played the field, I didn’t actually know where to meet guys.

So like the rest of the Western world, I turned to Tinder, where romantic dreams go to die and the ‘hook up’ culture reigns supreme. Because, despite the app being known for creating many a one-night-stand, when I ask the happy couples that seem to surround me where they found their significant others, if it wasn’t a mystical moment of happenstance, their response is usually, “Okay…so don’t judge me, but we met on Tinder.”

Resigning to a life fueled by Tinder catastrophes

While there are plenty of blogs explaining the traumas of the Tindersphere, I still feel as though I was ill prepared.

It was like I had come into the game too late. My friends had all caught the Prince Charmings in this dating pool, and I was left with the scum that had sunk to the bottom.

You mean to tell me that, “Whutup Guurll,” actually works for you? Friend, girl is spelled with one ‘L’ and no ‘U’s’. What is this, the eighth grade?

If I wasn’t being propositioned for sex, I was being asked for money. If we actually made it to an actual ‘meet up,’ because again, don’t fucking call it a date, they spent the entire time talking about their ex, their car’s specs, or their mothers. Not to mention the terribly bad pickup lines. Where did you find that one? A Popsicle stick?

And that’s when we actually made it to meeting in person. Mostly I just get a lot of dick pics. Something in my profile must shout out, “Show me your dicks! IT will seriously impress me.” Not.

Can we discuss that for a minute? Does that ever work…like ever? Do girls like dick pics? Was there some memo I missed that this was an acceptable form of communicating interest? Honestly, what the fuck? I am not your mother, girlfriend, or general practitioner! We are not that friendly yet! I just said, “Hi” like, two minutes ago!

I’ve also been asked to marry someone so that they don’t get deported, propositioned for weed, and asked my exact measurements.

One fun afternoon, I was waiting to meet a guy for coffee, when it suddenly hit me. I knew this guy. It had been bothering me since we had first started “talking.” His name seemed so familiar. Then as I was sitting in the coffeehouse, I realized why. He was the creepy guy who had been obsessively in love with my best friend all through high school.

“Actually, barista, can we make my order to go?”

His obsessiveness apparently hadn’t faded with age either because he continued to text me for a good three weeks afterward.

Which brings me to my next issue: my friends may think I’ve got everything I need to find a great guy, but I only seem to be able to attract guys that come in the douche, creep, or emotionally unavailable variety.

So while the happy couples continue to meander in ever goddamned nook and cranny of my life, I’m over here like, “Hi. This is all a bit scary. I think I’ll just go home and hang with my cat now.”

Ooh, someone liked me on Tinder…