I’m Undocumented and I Love the United States

A story of struggle and survival 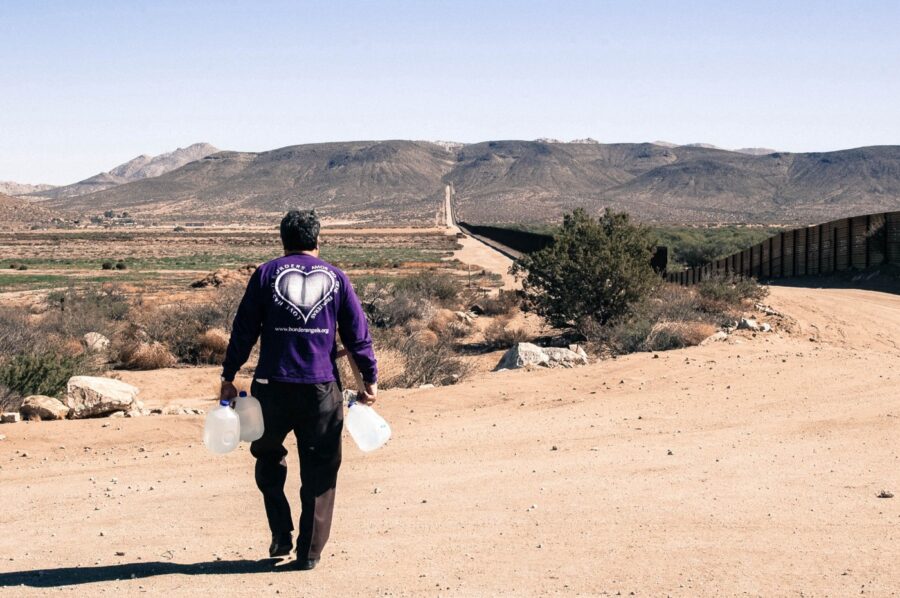 My name is Luis and I am an undocumented immigrant that came to the United States from Mexico. I am not a criminal, a rapist, or a terrorist like our president says. I am just a hard working person like any other who is looking to achieve the American dream. Through the Deferred Action for Childhood Arrivals DACA program, I am able to attend college. I value this opportunity and take my education seriously.

My parents work hard and make a salary below the minimum wage, but we are thankful for what we have. They left Mexico as teenagers because they had no family to help them, and no way to support themselves. They wanted a better life for their son. My parents, as teenagers, came to the United States separately and ahead of me.

I didn’t choose to come to the United States. I was smuggled as a toddler by a woman that my parents found to take me over the border. She brainwashed me to make me believe that she was my actual mother. I was forced to learn a new identity in just matter of days so that I wouldn’t give away my smuggler’s actions if we were stopped.

My mother crossed the Mexicali border through the desert as the only woman with a group of men and armed smugglers. She had to be careful to not get caught by the border patrol officers, and to stay aware and alert to protect herself form being raped by these men and left for dead in the desert. Through the entire ordeal, all she could think about was my well-being and she could not rest easy for a second.

People may have a hard time understanding the grief that my 19-year-old mother felt when she had to hand me over to the child smuggler. She did not know if she was going to see me again or if I would make it back into her arms alive. But she knew this was her only chance to make a better life for us.

My father came to the United States a year before us. He would send half of his minimum wage checks to my mother in México so that we could survive and eventually join him in America.

My father describes his journey to America as a hell that he would never wish on anyone. He began his journey from Tijuana, Mexico with my uncle. From Tijuana, he traveled to Mexicali to cross the border. Typically, when one crosses though Tijuana, it is much more expensive than crossing at Mexicali. My father traveled through the desert both night and day where temperatures drop and rise dramatically. In the Mexicali desert, he came to a section of the desert called, “el nido de las aguilas,” which in English means “The Nest of Eagles.” This is a place where there are dead bodies, old clothes, and old things. When night fell that day, border patrol circulated the area. My father jumped into mud trenches filled with animals and hid from the patrol officers. At one point, a border patrol officer’s boot was right next to his face as he hid in a trench. When the officer left, my father ran with everybody else. After finally making it through the desert, they arrived at a highway where a pick up car was waiting for them. The smuggler gave everyone sponges to put under their feet as to not make any foot trails.

The pick up car took my father and everyone with him to a house in Compton in Los Angeles County where everyone who had crossed was placed.

In this house, the only thing to eat was water and beans. If nobody comes to pick you up or if they fail to pay the other half of the smuggler’s fee, you are left for torture. The man who was going to pay for my father’s other half of the smuggle bailed on him and only paid for my uncle. My father was held at gunpoint by the smuggler. He told my father that he was going to take him back to the desert, shoot him in the leg and leave him to die.

My father, barely 20, was held hostage in this house for six months. At one point, the house was left open and a few people escaped. The only thing my father heard was gunshots. He had the opportunity to leave, but would have had to hold the grandmother in the house hostage with a knife. He decided not to risk getting caught leaving and never see us again. His cousins eventually paid his other half of the fee and he was free to leave. He moved to San Jose with his cousins for a year and worked countless jobs. At one point, he was working three jobs and attending night school to learn English.

When the smuggler dropped me off to my mother in Southern California,
I was not the same child. I did not recognize her. I was so brainwashed that I thought I was the smuggler’s child and didn’t believe my mother when she told me I was her child. She had to show me pictures of the two of us to convince me.

We took a Greyhound bus to San Jose to reunite with my father. After three separate and dangerous journeys through the desert, we were a family again.

I started school and it was difficult. I used to hear the kids speak English very fast, so I tried to mimic them by making sounds that seemed like I was mumbling. The teacher thought there was something wrong with me. I eventually learned to speak English. I worked hard in school and today, I have transferred from a community college and am pursuing a bachelor’s degree at a university.

Even though I am not an American citizen, I consider the United States my home country. This country has given me the opportunity to gain an education, protects me from war and poverty, and offers freedom.

I hope to work as a photojournalist but I have felt uncertain of my future since DACA was repealed. I am hopeful that the DACA program will be protected so that people like me — ones who only know the United States as their country — will not be sent to a place we’ve never known as our own.