Passion vs. Obsession: When Does Fan Culture Become a Problem? 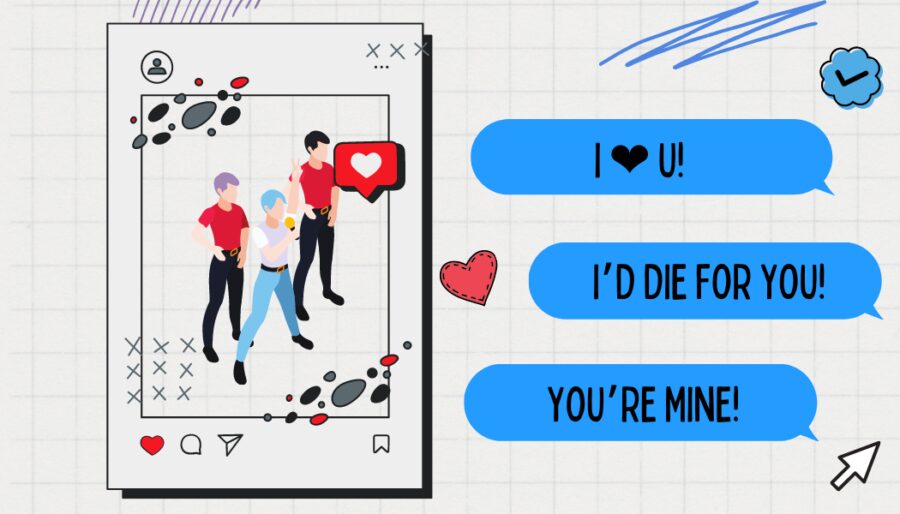 A Parasocial relationship is the phenomena when fans of an artist, actor or public figure develop strong emotions (whether it be platonic or romantic) towards that person, and consider them a friend or significant other despite having little to no interaction with this figure whatsoever.

Many public figures have acknowledged this phenomena and have taken advantage of it by using it as a marketing tactic in order to boost their popularity and profit.

Now, by no means am I saying that being a fan of a public figure as a hobby is unhealthy, I personally use music as my getaway place as well. But where does the line fall between passion and obsession?

Sometimes parasocial relationships can be healthy for a person. As someone who deals with a lot of stress and personal problems, I have developed parasocial relationships with quite a few musical artists. I pay for albums, virtual concerts, magazines and hell, even flights to go see these artists in person. I find comfort in music and entertainment. These artists give me the ability to enjoy content without feeling guilt. It makes me ecstatic to stay up late nights for an album release or a live stream.

One thing I will never do though, is cross the line.

At times, many people have become absolutely dependent on these artists for happiness, to the point where it affects their sense of morality or ability to care for themselves both mentally and physically. People will also go to lengths of sending death threats and doxing people on behalf of these public figures, harming other people on the Internet in the long run.

A close friend of mine, whose name I will not share, has fallen victim to these attacks by fans in a negative parasocial relationship. Sometime last year, fans of Korean boy group, BTS, found a musical opinion of theirs quite offensive and insulting. In retaliation, they sent death threats, doxed them and even hacked their bank account and stole all their money from their account amidst their financial problems.

This is an example of a parasocial relationship gone wrong, and overall crossing the line. When you no longer are labeled a fan and lean towards a cult, that is when the line is crossed.

Another example of a parasocial relationship turned bad is when celebrities begin to take advantage of these passionate fans and turn them into a profitable opportunity.

Minecraft YouTuber Dream is a prime example of this marketing scheme.

Youtuber DreamWasTaken, mononymously known as Dream, has nearly 26 million subscribers on YouTube. Most of these subscribers are impressionable teenagers ranging from 13 to 17 years old. The faceless streamer has received much backlash on Twitter for allegedly reinforcing one-sided relationships, in which he deniably responded to the criticisms of the Internet.

Aside from the marketing tactic of public figures and companies taking advantage of one sided relationships, is how fans of a specific person have created this convoluted image of their idol in their head. I’m a fan of quite a lot of K-pop groups, so I’ve experienced firsthand with what and when people go too far.

I’ve witnessed fans following groups to their hotels and onto planes, stalkers waiting outside of their cars at the airport, and even “sasaengs” (Korean term for idol obsessed stalkers) asking me for information about a celebrity’s whereabouts.

On the contrary, I’ve also witnessed positive forms of parasocial relationships. Entertainment has brought people together, creating friendships and bonds that, at many times, will last a lifetime. Communities of fans have come together to form wholesome projects such as food donation drives, building libraries, funding environmental projects and much more.

Rather than focusing on the negatives of fan culture, I hope that fans can focus on embracing the positive parts of enjoying public figures. Let’s hope that when becoming obsessive over an unobtainable figure, the obsessiveness directs more towards the passion to bring out the best in yourself and others.