Smash Crackle Punch! 10 Characters that Might Be Joining “5mash”

The newest installment of the “Super Smash Bros” series could be having the biggest roster in the game’s history. 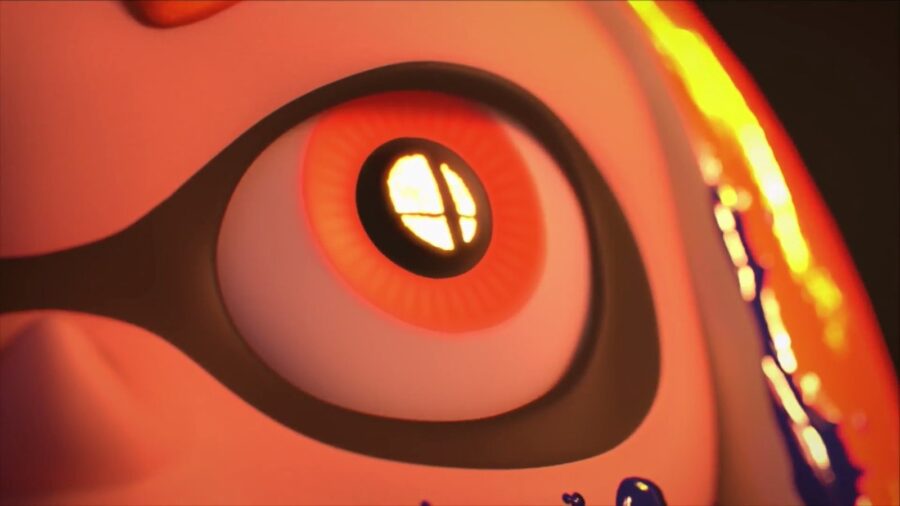 Oh shit! What we thought was going to be just another “Splatoon 2” announcement was surprisingly what we’ve all been waiting for. “Smash 5” was finally revealed during the last Nintendo Direct. In the promo, what started off as a gleam in a character’s eye turned into a burning representation of what we all love. But words do the trailer no justice, so take a look for yourself:

As you can see, not much aside from the fact that the game is in the works has been shown. Yet, we can see the silhouettes of other fighters during the video including classics like Donkey Kong, Samus, Pikachu and Bowser. However, until Nintendo unveils the full roster, all of this is just speculation.

When “Super Smash Bros” for the Nintendo 64 came out in 1999, the original roster consisted of Mario, Donkey Kong, Link, Samus, Yoshi, Kirby, Fox, and Pikachu. On top of the original eight, there were four unlockable characters, who included Luigi, Captain Falcon, Ness, and Jigglypuff. While hardcore players will only reference these eight when talking about the original cast, these 12 characters have been in every iteration of the “Smash” series, without fail. So it’s hard to imagine Bowser, Falco, Ganondorf, Marth, Mr. Game & Watch, Peach, Sheik, and Zelda to not be in the game, as they’ve been fighting for us since their introduction in “Melee.”

Many of these characters will probably make the original line up for “5mash” (which is what fans are nicknaming this iteration), due to the fact that the majority of these characters have become the backbone of what “Smash” has become. However this comes with a few exceptions, such as Pichu, who was a playable character for “Melee,” and “Melee” only.

That being said, and in order of for sure, to Wii Trainer, these are the characters that I think will also be joining the fray. Keep in mind, with a current roster of 58 playable characters, thanks to DLC content, “5mash” will probably be the biggest roster we’ve seen yet.

The Ice Climbers were unfortunately unable to join the fight when Smash for the Wii U and 3DS came out. Due to hardware issues, developers realized that they wouldn’t be able to include them in the 3DS version of the game. Although the characters were working as intended in the Wii U version, for consistency sake, Sakurai decided to withdraw the duo completely. With the release of the Switch, however, that problem should no longer be an issue. For this reason, and because many people were disappointed they weren’t in “Smash 4,” the Ice Climbers are likely to make their comeback, a feat that only Dr. Mario, Roy, and Mewtwo have done in the past.

2. Spring Man, a brand new character that is exclusive to the Switch, will almost indefinitely be joining the battle. Given that ARMS is an emerging title, there is little chance that Nintendo will not take advantage of this already, fleshed out character, making the cut for the upcoming “Smash” title. And with Spring Man already in a fighting game, there should be little need to change his kit to fit the “Smash” world. At the very least, I could see Spring Man as a Little Mac clone. Perhaps this’ll finally take care of Little Mac’s biggest weakness, his inability to jump. 3. With the inclusion of Megaman, and given the success of the previous “Smash” installment, this opened the door to several other fantastic characters of the Capcom universe. Obviously, Megaman X would be a contender for this spot, especially since Link got a visual upgrade in the form of his Breath of the Wild version. But given Nintendo’s strict need to push the boundaries of what they’re capable of, it’s not far fetched to think that Zero will fill this niche. In addition, Nintendo has has a habit of giving us, eventually, at least two characters from each of the worlds they bring in. It’s quite possible that not only will we be getting Zero, but Megaman X as well.

4. And while we’re talking about the Capcom universe, let’s talk about Ameterasu. This beautiful wolf from the Okami franchise is being ported to the Switch, and with this, there is a very big chance that she will be in the new “Smash” starting lineup. Visual pleasing, and due to the fact that she has increased in popularity thanks to her appearance in another, already well established game, Marvel vs. Capcom, our money is on her becoming a newcomer. 5. Okami was not the only port that was brought over to Nintendo’s new console. No longer a PS4 exclusive, the aptly named N. Sane Trilogy from the Crash Bandicoot series has made its way to the Switch, and with it, a new contender for the “Super Smash” world. And given the that he never made the cut for Playstation’s response to “Smash,” Crash fills the niche that Nintendo tries to fill, giving new life to old characters. 6. As Shulk gave us a unique play style when he was introduced as a newcomer in “Smash 4,” Rex will have some pretty big shoes to fill. However, as with most characters that come to “Smash,” another character from the same universe is extremely plausible. With the success that “Xenoblade Chronicles 2 “has had, and given that Rex could bring in another unique fighting style with his weapons Pyra and Mythra, it’s hard to imagine these characters not making the cut. If not, we will probably get Rex’s outfit as one of Link’s “costume change at least.

7. Toad has always been a crowd favorite, and although he’s been in most Mario games, including the highly successful “MarioKart,” it’s a wonder why he hasn’t been introduced to “Smash” so far. The Wii U gave us a gem of a game however, and introduced us to “Captain Toad: Treasure Tracker,” the same lovable character we’ve all grown to love, but slightly more adorable. As we already received Rosalina after her debut, what’s to say we won’t get someone we’ve been waiting for since the franchise came out. If anything, Toad could very well be a Villager clone, given his abilities in “Captain Toad: Treasure Tracker.” 8. Unfortunately, with “Smash” having the roster size it has, there tends to be some clones in the mix. Some would argue that the clones are as good, if not better than the original. But no one will argue that Waluigi isn’t a character that the fan base wants. We already have Dr. Mario, Lucina, and Falco to name a few, what’s another one added to the mix? Also, who wouldn’t want to taunt their opponent with a well timed, “Waaaah”

9. Finally, and it pains me to say this, the last character to make the cut, are the rabbit like Rabbids. I know what you’re thinking, why the fuck are these characters even an option for Smash? Well, here’s the thing, not only did “Mario+Rabbids Kingdom Battle” do surprisingly well on the Switch, the character models and costume changes are essentially already completed. Add that to the fact that Nintendo has always been a family first console, and they love pushing the boundaries to what they can do, it’s hard imagine that these annoying little creatures won’t be newcomers to “5mash.” 10. I know I said I was finished, but what about Goku? Son Goku has to be on your list! Well here’s the issue with that: although “Dragon Ball Super” just came to an end, and it would be a perfect time to add the character to the Smash roster, every other character in the “Smash” universe originated from a video game first and foremost. Goku does not fit this criteria. Does this mean he’ll never be added? Who knows, crazier things have happened as they’ve added Megaman, Sonic, and even Wii Fit Trainer of all people. Given what we’ve been given in the past, however, it’s highly unlikely that Goku would be part of this universe. If we can’t even get a DLC Goku eventually, I’m positive the community will find a way to mod him into the game at some point.