Tragedies Are Not The Time to Spread Fake News

It’s not okay to spread false information, even if that’s not your intention. 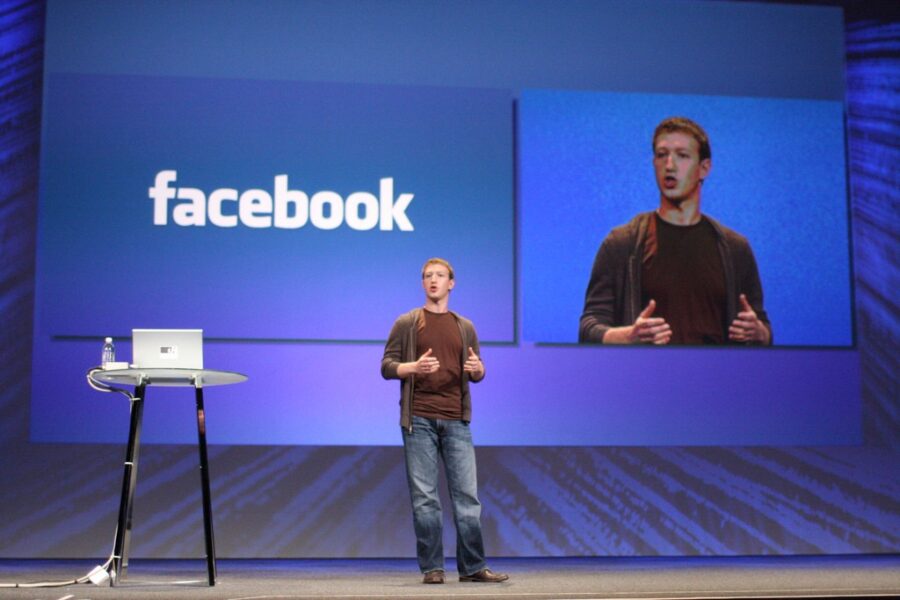 Congratulations, we’ve made it through four months of 2018! It probably feels like an eternity has passed, but unfortunately we’re only a third of the way through the year. While you probably feel exhausted and perhaps even sick, don’t let that stop you from brushing up on what’s going on in the news. That’s exactly what the people who abuse their power want, and it’s during these crucial times that we can’t allow ourselves to slip through the cracks.

This week’s theme is being informed. Especially with breaking news, in the rush of trying to understand what happened, people can tend to believe anything we see online that looks believable. As a result, fake news is spread. While it’s good to get information, always be curious and somewhat skeptical to where you’re getting your information.

But still, try to reach out and find that information. In the words of Congresswoman Maxine Waters, “My Millennials, ‘stay woke.’

WTF is a Cambridge Analytica?

First off, fun fact: Millennial BS is now an award-winning column! Two weeks ago, at the Journalism Association for Community Colleges Conference it won first place for best column. Since they didn’t let me give a speech, I’d like to use this paragraph to thank MBS’s readers for supporting my bullshit but also Donald Trump for all his bullshit (but also not thank him).

Anyway, at that same conference I was in an on-the-spot opinion writing competition where the prompt was two words: Cambridge Analytica. The instant I heard it, the first thing I said was, “Wait, what” since apparently almost everyone else in the room had an idea what that was and I didn’t catch the memo.

Truth is, I did. But as we saw in last week’s installment, I did what many other people my age probably did and swiped left the instant the notification clogged my phone screen.

But to sum things up, Cambridge Analytica is a political consulting firm that does digital work for Donald Trump’s resident campaign that resulted in him being our current president. The firm has close ties to Steve Bannon and is now under fire because of its unethical practices.

Now what exactly are unethical practices? Well according to the New York Times and the Observer, the firm got the private Facebook data of millions of Facebook profiles from an outside researcher named Aleksandr Kogan who’d gotten the data by creating a personality quiz which asked users access to their profiles and their friends profiles. Kogan then violated the agreement he had with Facebook by passing on the information to third parties. Both Kogan and Cambridge still have the data according to a Cambridge Employee to the New York Times, in spite telling the public they’d delete it.

As I was researching this the only thing I could think about was, “What’s the point of this?” There are so many huge things happening in this world, things that seem more interesting and that mattered more. But the truth is, this matters a lot.

I use Facebook, numerous family members of mine use Facebook, and a lot of you probably use Facebook. I see my mom’s results on some quiz whenever I open up the app on my phone. Not to mention it’s become a thing for me and I’m sure lots of people to just press accept instead of actually looking at the warning whenever I do one of quizzes because I want to know if I’m a Bruno Mars song or an Ed Sheeran song. I’ve potentially given away the security of my profile and privacy along with all my friends and even worse, I didn’t know I was doing that.

To add on to this, this whole ordeal could be the link to showing how Team Trump with the help of the data company may have been helping and even facilitating Russia’s interference in the presidential election. Back in Trump’s campaign, Jared Kushner hired a man named Brad Parscale, a digital expert who was convinced by Cambridge Analytica to try out the firm by no other than their vice president Steve Bannon, who was also Trump’s campaign manager.

The result was best shown in a study by Samuel Woolley, head of the Computational Propaganda project in Oxford, who saw that a large amount of pro-Trump messages versus “crooked Hillary propaganda” was shown five to one versus pro-Hillary material.

And due to their exposure, they were shared and liked and the Trump wildfire never died down because the content kept flowing.

TLDR: Cambridge Analytica violated our privacy using Facebook and has provided our information to things we could possibly not support. As much as Mark Zuckerburg apologizes, the damage has been done. As a to-do, I’d say check out if you’ve been affected by Cambridge Analytica. Zuckerberg has announced he’ll be notifying users that have been affected, but you can also check for yourself. In the meantime, try to stay updated on this. Zuckerberg testified in front of Congress about the security breach this week, and needless to say this isn’t something going away anytime soon.

Mark Zuckerberg emerged unscathed from a Senate committee hearing in part because most of the senators who asked him questions don't understand how Facebook works, writes CNN's @DylanByers https://t.co/zrNAUEBQOI

The Problem With The Simpsons

In an interview with The Rolling Stones, comedian Hari Kondabolu said his mother once told him, “You can criticize something you love because you expect more from it.”

This is exactly what he did when he released the 2017 documentary “The Problem with Apu.” The film focused focused on how people saw South Asian-American people while also exploring negative stereotypes, racial microaggressions, and slurs against people of Indian and South Asian heritage as a result of “The Simpsons” and Apu’s cultural significance.

Critics loved it. Twitter hated it. However, the response that seemed to cut the deepest was the one “The Simpsons” had issued. While it was not official, it was pretty obvious that it was about Kondabolu’s documentary.

"Something that started decades ago and was applauded and inoffensive is now politically incorrect… What can you do?" pic.twitter.com/Bj7qE2FXWN

The Simpsons last night addressed criticisms of Indian character Apu (who is voiced by a white man) with Lisa Simpson saying: “Something that started decades ago and was applauded and inoffensive is now politically incorrect. What can you do?”

The funniest thing about The Simpsons Apu outrage is the self righteous "Lisa would never say that" crowd.

To-do for the week: Whatever side you’re on with this issue, try taking a look at the film. I’m sure most of the people (brutally) criticizing Kondabolu’s views haven’t seen it and even if you still disagree with him completely, it’s not a bad documentary to watch if you want to kill about 47 minutes. If you want a shorter version, check out his short film “Manoj,” which is just as good.

I’m sick of talking about Apu. Especially since I feel I made my definitive statement about these issues in 2006 with my short film “MANOJ.” https://t.co/84iCx7NrbA

Trump has been back at it again. Two major stories involving Trump happened these past weeks with his new border agenda and Stormy Daniels. I’m going to break it down for you.

Mobilization of the National Guard to the Border

In Trump’s border agenda is a proclamation that will allow the state National Guard forces to protect the US-Mexico border. According to Vox, the inflows of immigrants are at historic lows and the thing is the National Guard aren’t there to literally fight off immigrants like Trump has been making it sound like, instead the guards help Border Patrol agents track immigrants and support work to help process them once they’re apprehended.

In that same Vox article, Trump is trying to do, is to sway away people considering to leave their countries and seek asylum. As of now, National Guard troops have already begun being deployed along the border.

The Storm is Coming

Stormy Daniels has been making massive headlines after doing an interview with “60 Minutes” where she came forward to speak about her encounter with Donald Trump. In the interview, she confirmed she and Trump had sex once, which he’d previously denied had happened. She also admitted to having had been threatened in front of her daughter, and felt pressured to sign the nondisclosure agreement Trump and his lawyer had prepared for her.

Stormy Daniels' lawyer plans to release a sketch of the man who threatened Daniels on Tuesday https://t.co/IG62nK4IyI pic.twitter.com/ORYvbtvEEL

To-Do for the Week: It’s not difficult to find fake news about the man who popularized the term fake news. However, we must know what is the true and what isn’t true before we invest our energy into something that might not even true. There are numerous sites that help with fact-checking such as Snopes and Politifact. But even Vox has great guides to get informed about current events. Even for someone who doesn’t at all want to get into current events, you should check it out.

Gun Violence is Still a Thing

In San Bruno, on April 3 a shooting occurred at Youtube Headquarters that resulted in four people getting injured and one death (the perpetrator). The perpetrator, Nasim Aghdam was a vegan activist and bodybuilder who posted content on social media, including Youtube. Police say they believe she was motivated by her frustration at the censorship policies for YouTube channels. It was reported she had complained about Youtube on her website writing, “Youtube filtered my channels to keep them from getting views!”

To-Do For the Week: The biggest issue that came from this event was just false information coming out about what was going on. When the San Bruno shooting occurred, CNN reporter Shimon Prokupecz on “The Situation Room” questioned if the motivation behind the shooting was a love triangle showing the sexism behind this.

Another thing is misinformation being spread out by people believing it to be true. Shortly after the shooting, numerous people flooded social media showing wrong people as the shooter. The same thing happened during the Las Vegas shooting, and the San Bernardino shooting. It’s become a common thing during any sort of mass shooting.

Here's all the misinformation that spread almost immediately after the YouTube HQ shooting. And no, comedian Sam Hyde is not the shooter. pic.twitter.com/t8pHnnu6sM

As much as it’s hard not to want to get answers as fast as possible, be skeptical of news you hear especially if it’s about breaking news. Call out people you see who are spreading fake news, even if it’s intentional, because it can be dangerous to the situation and the people involved.

For the workplace shooting at YouTube in San Bruno pic.twitter.com/OdBSGcl2p1

While it’s going to be a process to try and relearn these things, it’ll be a benefit for you in the long-run.