Women are prey because of the clothes they choose to wear 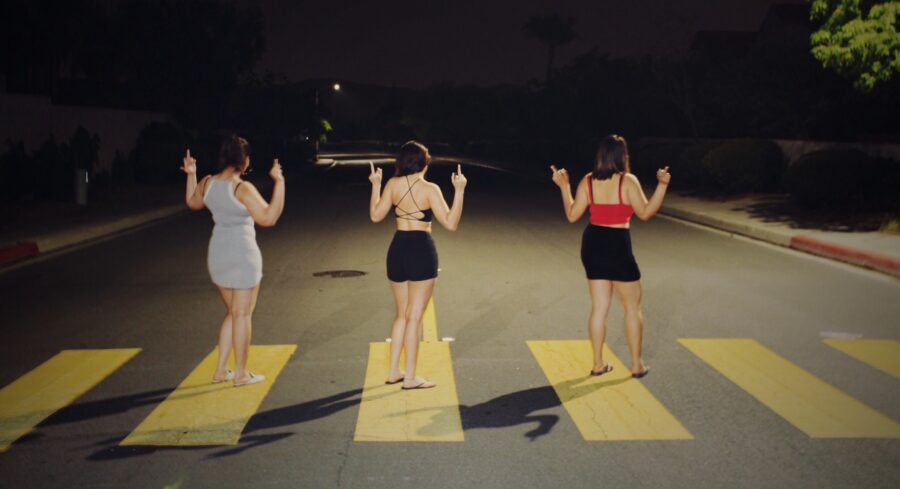 Answer this: Have you ever been harassed by a man before? Whether it be through catcalls, invasion of personal space, or even by just a look?

If you haven’t, then you are among the very few lucky ones.

I had an experience this past Saturday night that reminded me of how some men can be so incredibly disrespectful to women. My cousin chose to wear an off-the-shoulder crop top, mid-rise jeans, and sandals. Like any good evening, the fun began before the party commenced. My cousin had a few too many but she remained seated at our table. A guy noted her attire and made his way toward her, asked her to dance, and she warned him she was drunk. They danced. There was nothing wrong with this, until he took her away and we noticed her tumbling over. Her cousin then stepped in and luckily followed her before she made a big mistake. He was attempting to get her in his car, instead of doing the right thing: bringing her back to our table.

This may not be the best example, but attempting sexual acts with someone that has clearly stated they were drunk and appear to be close to blacking out and falling to the floor, is pathetic. Just because she was wearing revealing clothes does not give him, or any man, the right to take advantage of a woman.

Men need to understand that women are not objects, toys, or prey. Objectifying women has to stop. It must be understood that regardless of our physical differences, we, too, are allowed to reveal skin and still be respected like any other.

I’m not saying that every man is the same, but I’m sure we’ve all been victimized by a man at least once in our lives. I can confidently state in my 22 years of life, I have yet to meet a woman that hasn’t become prey to a man. Harassment is harassment, whether it be verbal, visual, emotional, psychological, or physical.

I also became the victim of a predator. Not too long ago, I had the unpleasant luck of having to take public transportation. This meant walking 2.8 miles home from my bus stop. Throughout one of my many ventures, I met a feces of a man. That day, like any other Southern California summer day, was scorching hot. I chose to wear boyfriend shorts, a white cami shirt, and a checkered blue flannel with white Vans. I’d only walked half a mile when I made the decision to take my flannel off and wrap it around my waist. That was my big “mistake.”

The unbearable mid day heat led me to take a shortcut through the nearby neighborhoods and not the long main streets. As I made my way into the neighborhoods, a sketchy man parked his white truck on the street before me. He got out and I began walking faster. He politely yelled, “excuse me,” and when I didn’t respond, he walked past me and once again repeated himself.

I was afraid, but figured he just needed directions and that I was overreacting.

“Yes?” I answered with an attitude from a distance.

With a wrinkled forehead and a look of confusion, I answered,“Excuse Me?”

The man began walking closer to me and had a disgusting smirk on his face until he took note of my young complexion from close up. He looked puzzled and asked, “How old are you?” “Seventeen,” I said.

I walked away as fast as I could, and out of shame for what had just happened, I felt the need to put my flannel back on. The 110 degree weather made me feel cold and ashamed.

These were the questions that ran through my mind as I ran home. I had a backpack with books and a laptop on my back because I’d just gotten out of school. This man was too focused on the skin I was revealing to even bother taking a look at what I carried on my back.

I guess I was supposed to feel lucky that he didn’t attempt to assault me or to do anything worse. But why should I be thankful or feel lucky when none of this should have happened in the first place?

He made me second guess myself and made me feel like it was my fault. Like I was the one who provoked him with my revealing attire.

We normalize men’s actions towards women on a daily basis. We accept it and move past it. And because of this, many women refrain from exposing too much skin.

It needs to stop. A woman wearing revealing clothing doesn’t define prostitution, promiscuity, harlotry or immoral behavior. It’s just clothing, fashion, and weather temperatures. Why should we have to dress like nuns to be respected as a woman? Underneath the clothing we wear, women are still humans with emotions, feelings, and overheating body temperatures.

So wear what you want, show your skin, shed the layers, bring on the short-shorts, open back and crop tops. And never, and I mean NEVER, be ashamed for revealing your body. It’s your right to wear whatever the hell you want. And if a man ever tries to disrespect you, report his ass. Dial 9–11. Don’t be afraid because you are not alone.