Andrew W.K.’s new album peels back the flesh to reveal our darkest fears and the brilliance of our spirit 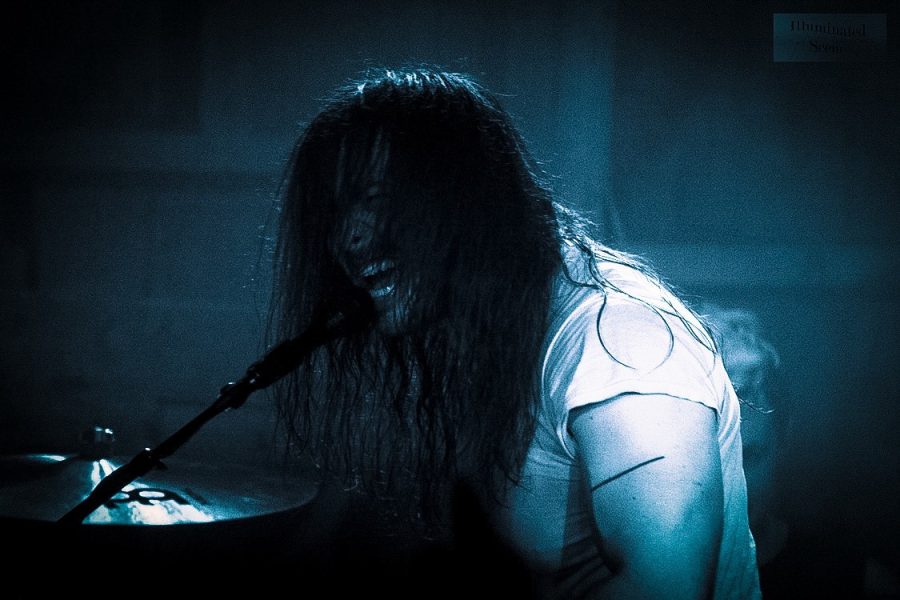 The world’s most exalted Party King, Andrew W.K., released his sixth studio album, “God Is Partying”, on Sept. 10, 2021. Since the release of his 2018 album ,“You’re Not Alone”, the persistent desire — from music and party enthusiasts alike — for a follow up album has been fulfilled.

Over the past year, Andrew became diligent on leaving a trail of cryptic clues throughout his social media. Little did we realize that he was leading us into a labyrinth with the injunction that something significant was lying at its center.

At first, the pivot in his presentation was rather alarming and confusing for most. His reputation as a voice of positivity for those feeling lost and alone, myself included, were perplexed by this dramatic shift in display and demeanor.

During the first stages of this new era, I almost felt that I had lost a friend in the fog. I was afraid that some horrid beast had swallowed up his soul and that I might never see my him again.

After a few months of trying to crack the code and decipher every image and word, Andrew allowed a few beams of light to shine through. On Feb. 17, 2021, he released the first single, “Babylon”, from the upcoming album that had yet to be revealed. The song mirrored the essence of the heavy metal titans that have reigned before him, but also rang with the echo of his own mystical ambience. He also dropped a music video as well; that’s when things got even weirder.

Just when the picture in the jigsaw puzzle started to form, Andrew threw 1000 more pieces onto the table.

The video begins with a mysterious quote by someone named Kristin Williams who notes the dissociative nature of Andrew’s current state of mind. He is then seen playing every instrument amongst an ominous black background while being shrouded in red and blue lights. A barrage of phrases and symbols flashed across the screen, which seemed reminiscent of a government mind control video.

After the realization that the mystery had only just begun, I still felt a sense of reassurance. I knew that my friend was still in there somewhere; as one of the very last phrases on the screen said “Never Stop Partying”.

As this enigmatic crusade started to gain momentum, Andrew began posting a few sneak peaks of a new video that was well into production. Glimpses of his live band performing next to a crowd of mannequins that were dressed just like him, clearly promised that more peculiarity was on the way. He then made it known that a big announcement was coming on May 6, 2021.

Bright and early that morning, the album title ,“God Is Partying”, was revealed. A countdown clock was then put up on his website which would end on the release date. His social media became plastered with the album’s cover art. The disturbing image shows Andrew in a comatose state lying in a filthy street surrounded by empty bottles, used needles and a sewer full of blood.

Along with the announcement came the finished video for the single “I’m In Heaven”. The opening synths sound like a buzzsaw that are about to split your spirit in two. The chugging guitars and haunting keyboards sound like they’re straight out of a 1970s black mass. Andrew belts out a deafening plea to be taken to a place that no entity has ever gone before. The visuals accompanying this track are right in line with the same strange aesthetic that had been seen in the video for “Babylon”. You are bombarded with sporadic cuts of doppelgängers, bloody bones and checkerboard demons; all conducted by a disruptive and fragmented Andrew. It leads the viewer to feel unsettled as to where this quest is heading. With answers yet to be found, a consistent atmosphere was beginning to take shape. The shadowy figure at the top of the stairs had started to become corporeal. The jigsaw puzzle was near completion.

On July 14, 2021, Andrew would surprise us with yet another video for the single, “Everybody Sins”. If the previous tracks didn’t get the attention of the heavy metal community, this one broke down the walls with an undeniable force. Most have agreed that the spirit of Ronnie James Dio can be heard loud and clear in the lyrics, the vocal phrasing, and overall structure of the song itself. The imagery of the video is right on par with everything that he had been sharing thus far.

For as strange as this new musical world was appearing, it was finally starting to feel like home.

Low and behold the wait is over; the album is now ours. It’s been out for nearly two weeks, and I’m thrilled to say that after my first few listens, I am still basking in the glory of this masterpiece. For as chilling and bizarre some of the moments are, they are paralleled with the utmost beauty and sincerity.

Listening to the calculated nature of where the singles fit in with the track listing is remarkable; in that they firmly stand on their own yet bring so much strength to the foundation of the album.

One of my favorites is the dramatic, “No One To Know”. It visually takes me to a place that’s almost Shakespearean; leaving me an unrelenting urge to dance and sing every word. He has once again harnessed the true power of partying, which remains ever present and never ending.

I’m enamored with the entirety of this project; from it’s cryptic conception to its monumental birth. At first this adventure felt momentary, but I now see that this moment in Andrew’s career is a new beginning for his endless saga of partying. Every turn within this maze has left me looking back in fear that I was traveling by my lonesome.

Now that we are at the center of this labyrinth, I now see that I was never alone. We were all on the same journey. Each one of us helped to put the pieces together. Now is the time to sing and dance in celebration of the greatest party of all time, which is the opportunity to humbly experience this life together.

What is most special about this whole experience is that I feel like I found him. I found Andrew. I found my friend, my brother. I knew he hadn’t abandoned me. I knew he wouldn’t leave me in the shadows for long. He was here the whole time. Even though there were some scary moments, he was by my side through it all. He had carefully planned this entire campaign to take us on a thrilling ride. This was a challenge to our dedication, and a trial for our intellect.

He once said to me personally, “The challenges in life are simply tests; not there to hurt us, but there to push us. To become more than we would be otherwise”.

I feel this album has taken me to a magical place, and a triumphant transformation has ensued. Through all the uncertainty, all the frustration, and all the confusion, he has once again reminded me to never let down and to never stop partying. Thank you Andrew.