At Least It’s Not Cocaine

Why Being a Sneakerhead Isn’t All That Bad 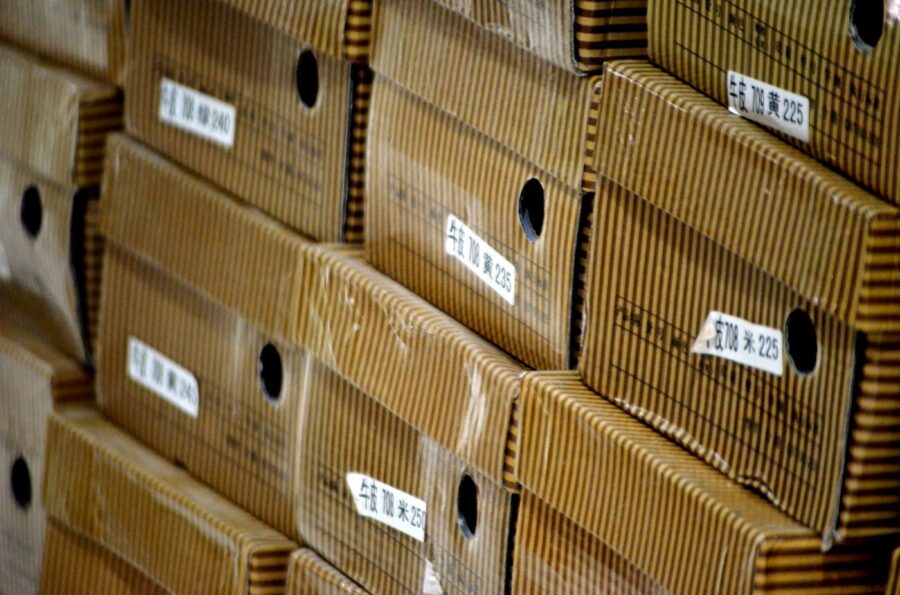 Not everyone spends their hard-earned money the same way. Some invest in luxury cars and others blow it all on food. But me? I like to buy sneakers.

The term “sneakerhead” is usually viewed in a negative manner. Many people see it as a waste of money and a weird obsession. But to me and thousands of other shoe collectors, it’s a lifelong passion. We all have our own reasons and motivations for buying sneakers, but it’s the culture of kicks that brings us all together. The feeling of getting a new pair never gets old.

Here’s something to think about: sneaker collecting isn’t that obscure of a concept. Compare it to collecting memorabilia: both involve items ranging from vintage to modern, and have significant meaning to those within their respective cultures. But people view these two hobbies differently. Memorabilia is seen as “fascinating” and “historic,” while shoes are not. But shoes are just as fascinating and historic.

Jordan Brand has some of the most significant shoes in the sneaker and basketball culture. Michael Jordan cemented himself as one of the greatest to pick up a basketball with his high-flying feats, six NBA championships, and extensive signature sneaker line. “His Airness” made such an impact on the hardwood that he became a living legend, with kids around the world idolizing him. His sneakers were a way for kids to be “like Mike.”

With brands releasing reissues of classic sneakers, adults who grew up with the same exact pair can relive their childhood memories with a brand new pair in their adult size. And it’s not just Jordans that evoke those types of feelings; every brand gives people a way to relive happier times.

I grew up watching Michael Jordan and loving his game. Though he was way before my time, I still enjoyed watching old highlight films of his. And of course, I enjoyed his footwear as well. As a kid, my parents would never buy me Nikes or Jordans because I didn’t know how to take care of them; I would always trash my shoes, so I stuck strictly to Vans. Now, as an adult, I care for my sneakers and can afford to buy some more expensive pairs. I never would have thought of owning $300 Jordan’s in middle school. And mom, if you’re reading this, don’t get mad at me for spending $300 on one pair. It was my 21st birthday gift to myself and I felt like it was appropriate.

Some sneakers are so rare that sneakerheads hunt for years for a pair in good condition. The feeling of finally finding an elusive shoe for a good price is euphoria to say the least. Some shoes, like the Nike x Dave’s Quality Meats Air Max 90, are so hard to find that seeing one in person is enough to make a collector’s jaw drop. The collaboration between Nike and the New York-based sneaker boutique has been a sought-after shoe ever since its release in 2005. Along with a price tag of over $1100, its bacon theme makes it a completely unique shoe that turn heads and makes mouths water. What people don’t understand is that shoes are more than a collector’s piece. They are meant to be worn and loved. The difference between a piece of movie memorabilia and a pair of kicks is that you get a lot more use out of the shoes. One pair can hold a lifetime of memories while a shiny DVD case can get boring within a few months. The sentimental value of shoes can make them priceless.

In a way, sneakers and drugs are similar. Both have a large consumer population that can’t seem to get enough of their respective product, and both involve a good amount of money in the business. In the sneaker world, people who resell pairs have a major place in the culture, providing shoes to the masses who were unable to get pairs when they released. But the resale market often inflate the prices of certain shoes due to their rarity or cultural significance, leading to pairs being in the upper hundreds of dollars. Resellers are a sneakerhead’s best friend and worst enemy.

Take the Air Jordan 1 “Cactus Jack” edition for example. This is an extreme case, but serves as a great example of the power of the resale market. Due to the shoe being rapper Travis Scott’s personalized shoe with Jordan Brand and the limited release of it, the price exploded from $175 for retail to $1,000+ for resale. It can get pretty ridiculous sometimes, but hey, it’s a hustle. Some people get their income off of reselling so you can’t be too mad at them for trying to make a living. So if you know someone who is starting to get into or is already into sneakers, don’t worry about them. Sneakers can teach history in sports and pop culture, how to budget and manage money, and the benefits of being in a community of people who share a common passion. Being a sneakerhead is not a bad thing at all. It’s just like any other hobby, except we can wear what we collect. The appeal of sneakers might not be there for everyone, but for those in the sneaker and fashion communities, a nice pair of kicks is a must. Even if the pair is $500. But hey, at least it’s not cocaine, right?